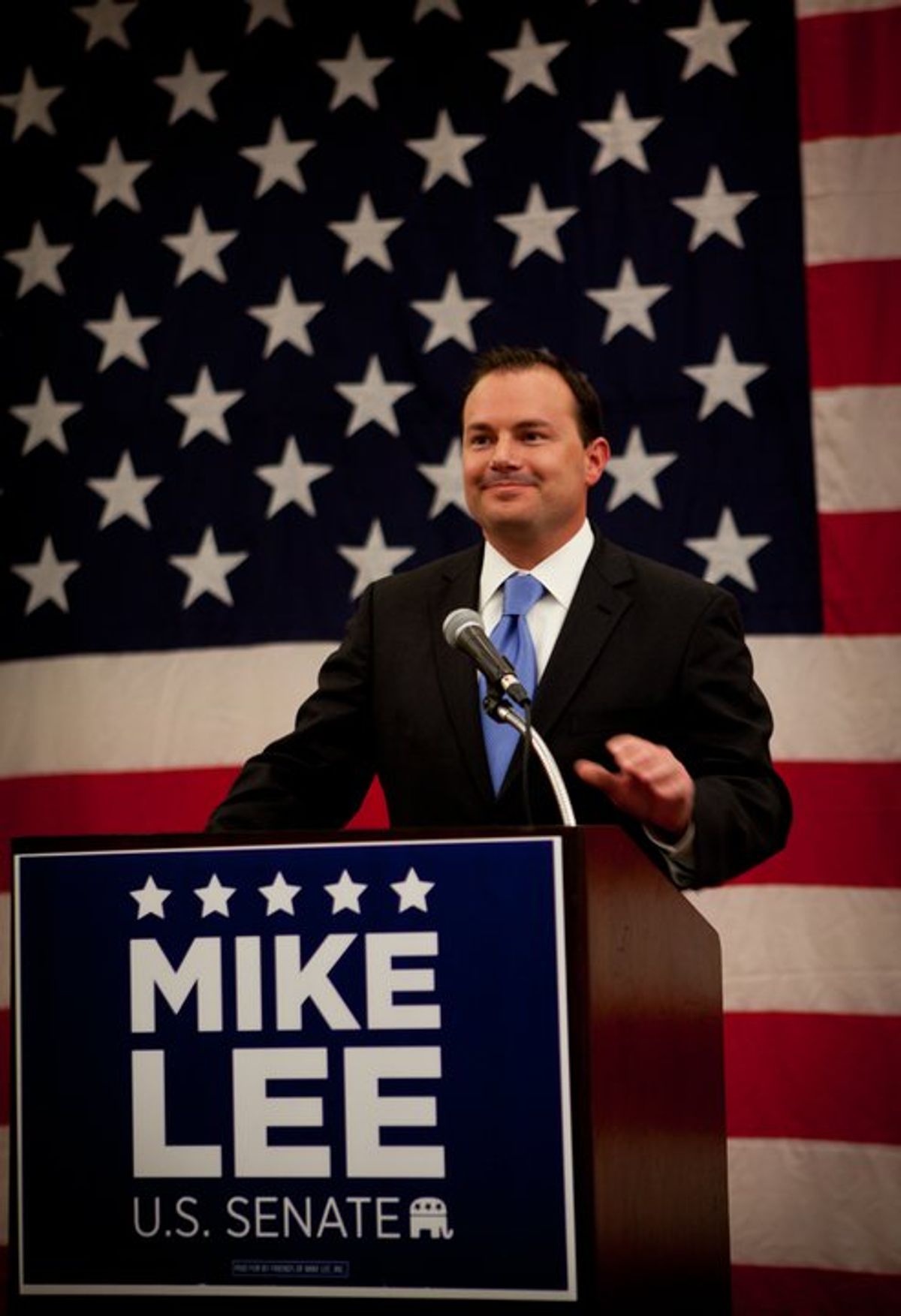 WASHINGTON (AP) — Led by Republican opposition, the Senate on Tuesday rejected a United Nations treaty on the rights of the disabled that is modeled after the landmark Americans with Disabilities Act.

With 38 Republicans casting "no" votes, the 61-38 vote fell five short of the two-thirds majority needed to ratify a treaty. The vote took place in an unusually solemn atmosphere, with senators sitting at their desks rather than milling around the podium. Former Senate Majority Leader Bob Dole, looking frail and in a wheelchair, was in the chamber to support the treaty.

The treaty, already signed by 155 nations and ratified by 126 countries, including Britain, France, Germany, China and Russia, states that nations should strive to assure that the disabled enjoy the same rights and fundamental freedoms as their fellow citizens. Republicans objected to taking up a treaty during the lame-duck session of the Congress and warned that the treaty could pose a threat to U.S. national sovereignty.

"I do not support the cumbersome regulations and potentially overzealous international organizations with anti-American biases that infringe upon American society," said Sen. Jim Inhofe, R-Okla.

They were not swayed by support for the treaty from some of the party's prominent veterans, including the 89-year-old Dole, who was disabled during World War II; Sen. John McCain, who also suffered disabling injuries in Vietnam; Sen. Dick Lugar, the top Republican on the Foreign Relations Committee; and former Attorney General Dick Thornburgh. Eight Republicans voted to approve the treaty.

The treaty also was widely backed by the disabilities community and veterans groups.

"It really isn't controversial," Kerry, D-Mass., said. "What this treaty says is very simple. It just says that you can't discriminate against the disabled. It says that other countries have to do what we did 22 years ago when we set the example for the world and passed the Americans with Disabilities Act."

The ADA put the United States in the forefront of efforts to secure equal rights for the disabled, and it became the blueprint for the U.N. treaty, formally the Convention on the Rights of Persons with Disabilities. The treaty was negotiated by the George W. Bush administration. It was completed in 2006 and President Barack Obama signed it in 2009.

The United Nations estimates that 650 million people around the world are disabled, about 10 percent of world population.

Kerry and other backers stressed that the treaty requires no changes in U.S. law, that a committee created by the treaty to make recommendations has no power to change laws and that the treaty cannot serve as a basis for a lawsuit in U.S. courts.

They said the treaty, by encouraging other countries to emulate the rights and facilities for the disabled already existing in the United States, would be of benefit for disabled Americans, particularly veterans, who want to work, travel or study abroad.

Supporters also rejected the argument that it was inappropriate to consider an international treaty in a post-election lame-duck session. They said that since the 1970s the Senate had voted to approve treaties 19 times during lame-duck sessions.

But in September, 36 Republican senators signed a letter saying they would not vote for any treaty during the lame duck,

The opposition was led by tea party favorite Sen. Mike Lee, R-Utah, who argued that the treaty by its very nature threatened U.S. sovereignty. Specifically he expressed concerns that the treaty could lead to the state, rather than parents, determining what was in the best interest of disabled children in such areas as home schooling, and that language in the treaty guaranteeing the disabled equal rights to reproductive health care could lead to abortions. Parents, Lee said, will "raise their children with the constant looming threat of state interference."

Supporters said such concerns were unfounded.

"I am frankly upset," said Sen. Chris Coons, D-Del., "that they have succeeded in scaring the parents who home school their children all over this country." He said he said his office had received dozens of calls from homeschooling parents urging him to vote against the convention.

The conservative Heritage Action for America urged senators to vote no against the treaty, saying it would be recorded as a key vote on their scorecard. It repeated the argument that the treaty "would erode the principles of American sovereignty and federalism."