What the Republican Party has become 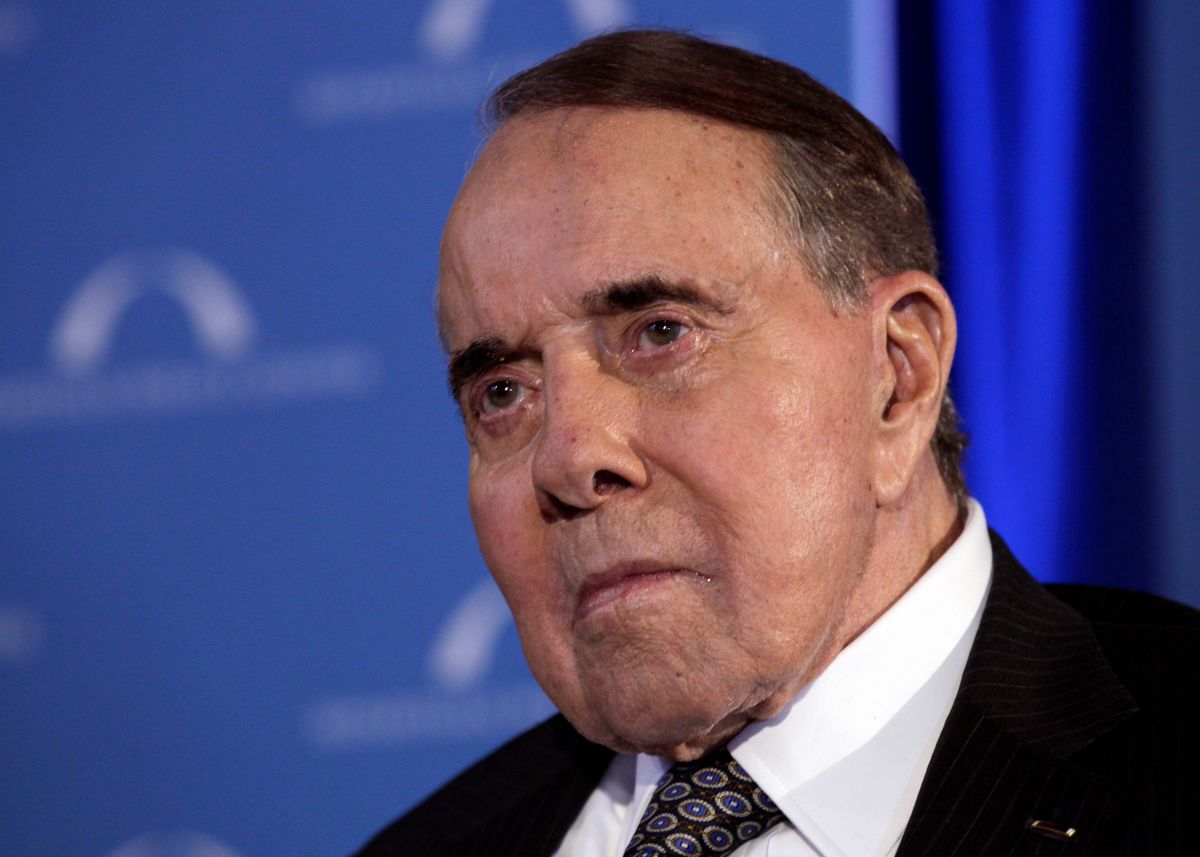 The failure of the Senate on Tuesday to ratify a U.N. treaty aimed at creating equal opportunity for disabled people around the world says a lot about the modern evolution of the Republican Party.

It was Republican votes – 38 of them – that derailed the Convention on the Rights of Persons with Disabilities, which needed a two-thirds supermajority for ratification. Only seven Republicans voted for the treaty and not a single Democrat voted against it. This came despite the presence of a GOP luminary, former Senate Majority Bob Dole, now 89 and frail, who was wheeled into the chamber in a last-minute effort to rally support.

Dole’s passion stems from his own disabled status (a World War II injury shattered his right arm, which hasn’t been functional since) and from the leading role he played in what remains the enduring civil rights achievement for the disabled in this country: the enactment of the Americans with Disabilities Act in 1990.

The ADA extended protections included under the Civil Rights Act of 1964 to the more than 40 million disabled Americans. Employers were banned from discriminating against mentally or physically handicapped applicants who could perform the “essential” functions of a job and required to make “reasonable” efforts to make their workspaces friendly to those with disabilities. There was also a public accommodations provision.

All that the U.N. treaty that was voted down on Tuesday aims to do is to internationalize the ADA – to set it as the global standard for how the disabled should be treated by society.

It’s striking to compare the two Senate votes, for the ADA in ’90 and against the treaty this week. In ’90, there was overwhelming bipartisan support for the ADA, with only a handful of dissenters – all Republicans. The initial Senate vote, in October 1989, was 76-8, and the final bill (the compromise between the Senate and House versions) passed on a 91-6 vote in July ’90. Most of the Republicans who voted no all hailed from what was then considered the far-right fringe:

Helms’ opposition was fueled by protections that the law afforded people with AIDS; the North Carolinian unsuccessfully sought to include an amendment banning those with the disease from working in restaurants. Bond, who was generally less of an ideologue than the other no votes, simply called the law “a lawyer’s dream.”

But every other Republican in the Senate – 37 of them, led by Dole – voted for the ADA. So did 51 Democrats. And it was signed by a Republican president, George H.W. Bush.

This week’s Senate roll call was a mirror image of the ADA, at least on the Republican side. This time, there were 38 GOP no votes and only seven for it. The no’s included six senators who actually voted for the ADA 22 years ago:

(Shelby, who switched parties in 1994, was a Democrat when he cast his yes vote on the ADA.)

Granted, the two votes aren’t entirely analogous. The arguments against the treaty mainly revolved the U.N.-phobia that’s common on the far right, with warnings about fading sovereignty and encroaching world government.

But if anything, this underscores how far out of the mainstream the GOP has moved over the last 20 years. While the ADA has proven to be a rousing success, it was at least possible for conservatives in 1990 to raise non-paranoid concerns about it, mainly relating to the burdens it would place on businesses and the potential for a lawsuit bonanza. In fact, these types of concerns were raised as the law was debated, and some changes were made in response to them – which explains why most of the conservative senators of 1990 were ultimately willing to go along with the law.

By contrast, the U.N. treaty raises none of the concerns about business and lawsuits that the ADA did; it simply seeks to hold up existing U.S. law as a model for the world. And yet the vast majority of Republicans in the U.S. Senate sided with the arguments of the paranoid far right and voted against it anyway. This doesn’t mean that every Republican senator who voted against the treaty actually believes these arguments. For all we know, Lindsey Graham (for instance) was treating the vote as a chance to shore up his standing with the right in advance of a potential 2014 primary fight. But that’s still telling: In the GOP of 2012, the “safe” vote is against something as noncontroversial as an international treaty based on American law and championed by a Republican icon from another era.