Card tells 13-year-old to hope for a rich boyfriend 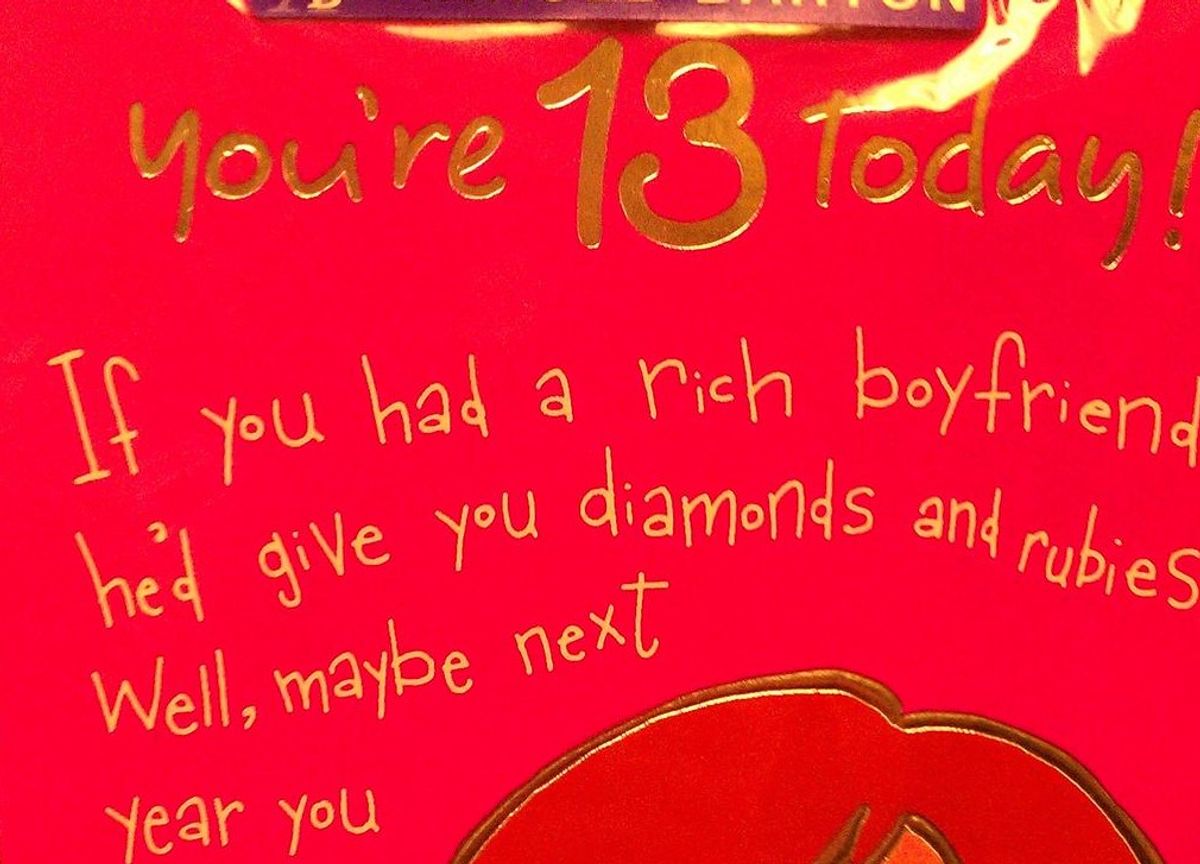 UPDATED, 3.42 p.m.: According to the Guardian, the sexist 13th birthday card was made by Creative Publishing before Hallmark bought it in 1998. Following online outcry, Hallmark has vowed to track down remaining copies of the card, which has not be reprinted in 15 years.

Greeting cards have rarely been a site of progressive politics, but some show a more tragic story about the state of the world than others. For example, a U.K.-based Twitter user, @cheesyhel, snapped a photograph of a particularly sexist birthday card, aimed for a 13-year-old girl, at her local store.

The text reads: "You're 13 today! If you had a rich boyfriend, he'd give you diamonds and rubies. Well, maybe next year when you have bigger boobies."