Couple breaks up, sings about it, teaches us something

Could this couple's catchy tune be the "Call Me Maybe" of amicable, adult splits? Let's hope 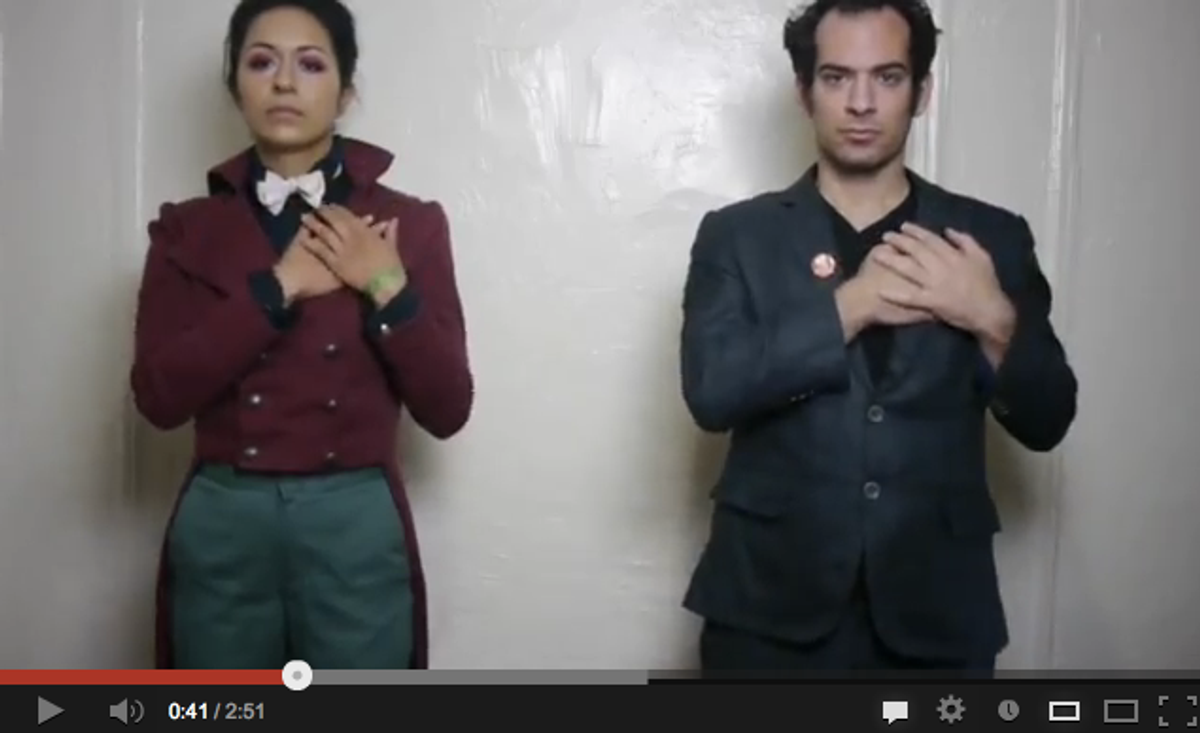 As people seem more and more inclined to document every part of their lives for public consumption, it's no surprise that twee (read: nauseating) proposal videos have become something of an Internet trend. What is surprising, even in this moment of overshare overload, is that a thoughtful and mature breakup video could become a YouTube hit. Though it probably doesn't hurt that it's also super twee.

Jonathan and Ivory have been in a relationship for five years. They love each other, a lot. Problem is: Jonathan wants kids. Ivory does not. After deciding that this wasn't something they could resolve as a couple, they break up. Amicably. With a lot of respect and compassion for one another. And when it comes time to tell their friends and family about it, they turn it into a song.

And breaking up's a mess
So please be there for us
You don't have to choose
Though it'll be awkward, yes
Invite us to your parties
We will work it out
Don't feel weird
We love all of you
After 5 whole years
By each other's side
There are just some things
No relationship can survive

Now, let's just get the fact that this is very "Juno" of them out of the way. Sure, there are harmonicas, saxophones and choreographed dance moves. And maybe this isn't how you would make your breakup music video. (For example, mine would look a little something like this.) That said, this is an important song.

First, it's a stunningly mature and loving way to break up. It sets a very clear tone for family and friends, eliminating any need for your mom to say, "That dog will rue the day he lost you!" or for your brother to console you with, "She's trash! You're better off!" Next, if this video ends up being a viral sensation (and it looks like it will), it's a viral sensation that challenges deeply held stereotypes about men, women and our desires.

Ivory does not want kids. She isn't "pretending" to not want kids so she doesn't scare off a potential husband. She is also not a Cruella de Vil-type who wants to push strollers into Park Slope traffic. It's just how she feels. And Jonathan, who through no fault of his own happens to look a lot like the scary rapist vampire from "True Blood," is a guy who wants kids. Not because he has been tricked or pressured into it by condoms breaking or some other calamity. It's what he really wants. And because these are the things that they both want, they decide to find partners that share their desires. Because they feel that it's healthier for everyone involved.

So kudos to Jonathan and Ivory for being so smart, and for having really good pitch. Hopefully, in a few years from now we won't need YouTube videos to clear the way for rational adults to make rational adult decisions, but it certainly helps in the meantime.