Last year, I lost 50 pounds. Now, I'm torn between accepting my girlfriend and wanting a better life for her 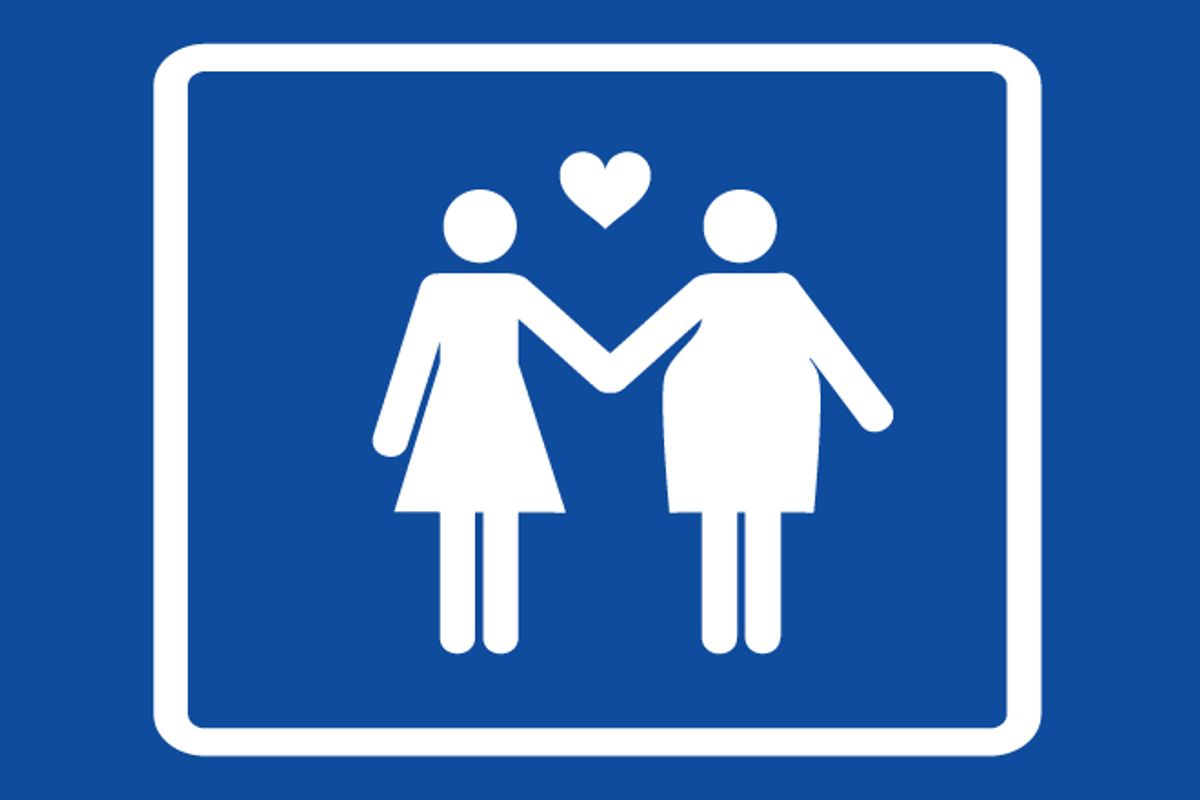 Not long ago, my girlfriend and I planned a trip to New Orleans. The friend we were visiting sent an e-mail reminder to pack our bathing suits because she’d planned a day trip tubing down a river.

My girlfriend didn’t look too excited. “There are weight limits,” she said. “There’s a lot of things I’ll never do with you, you know. Like hang gliding or zip lining. We’re never going to jump out of a plane together, and I can’t ride a donkey to the bottom of the Grand Canyon.”

I’ll take a pass on falling out of the sky like human confetti or riding a fragrant donkey on a hot August day.What does bother me is when my girlfriend feels excluded or like she’s holding us back from an experience because of her weight.

Just to avoid an uncomfortable situation, I called ahead to ask if there were weight limits on tube rentals. The woman on the phone sounded confused at first, but when I clarified, she offered some southern-accented sympathy.

“Oh, hon,” she said, “we’ve had some pretty large people come and float with us. We’re all getting bigger, you know.” I thanked her for the consolation.

My girlfriend is fat. Not just plump or thick, but morbidly obese. According to the CDC, more than 35.7 percent of U.S. adults are obese, which means there are probably a lot more people whose girlfriends and boyfriends are fat. And we all answer “no” to “does this make me look fat?” the same way as those whose partners are not.

Mine is not a case of being duped by an unrealistically flattering online dating photo. I knew my girlfriend’s proportions for years before we started dating; she is the younger sister of a college friend. I do not love my girlfriend in spite of the fact that she’s fat, and I do not love her because she is fat. I’m no fetishist. It’s simply a part of the person I grew to love, the same as her voice or her math skills or the tiny scar on her upper lip where an ice skate split it.

What makes our relationship complicated, however, is that I used to be fat and I’m not anymore. Most of my life, I have been overweight and faced a cross-section of cruelties from middle school through adulthood. I especially hated the animalistic epithets: cow, pig, whale. Apparently, size 16 jeans made me less than human. Fat isn’t just bad and ugly, it’s a moral failing — as if being overweight is the result of an absence of higher reasoning leading to poor impulse control.

Science shows that the equation isn’t as simple as too much food plus not enough exercise equals fat. Last year I read a stack of obesity, diet and nutrition books, adopted a low-carbohydrate, high-protein diet, and lost 50 pounds. At Thanksgiving, I skipped the stuffing and slipped into my first pair of size 8 jeans.

That was the week my girlfriend and I started dating. Physically, she was no departure from my former lovers, but my attitude had shifted. Weighing less brought a bevy of benefits, from increased stamina to never having to worry if a store carried clothes in my size. Unfulfilled food cravings no longer soured my mood because I had none. The compliments from family and friends were sweeter than the pie I forfeited. I wanted all of those good things for her. I was torn between my default acceptance and wanting more — a healthier life — for the one I love.

Family and friends encouraged my thinking. “It would be great if you could help her,” said my parents. Her sister, who was my friend, was blunter: “Make my sister lose weight,” she said. Soon after we started dating, my girlfriend quit smoking, indicating that she wanted to adopt a healthier lifestyle. I hoped a change in diet wasn’t far behind.

Any suggestions had to be subtle. “Whatever you do, don’t tell me to lose weight,” my girlfriend warned early in our relationship. We were in bed, having a conversation about her last partner, who had shamed her for gaining.

I started buying groceries and filled the refrigerator with steaks and unsweetened iced tea. I offered to bake from scratch if she would forgo the prepackaged cupcakes with their polysyllabic carcinogens. Food made at home was better than anything at the chain restaurants, and it was fun to cook together, she said.

But nothing persuaded her like awkward public interactions -- like another trip we took when we had to face the complications of a cramped plane. Before we were a couple, my girlfriend would buy two airplane seats for herself because she worried about making the traveler next to her uncomfortable. Since I would be her neighbor on this flight, I told her to save the money; I said, you can have part of my space; we’ll put the armrest up. I never mind being close. But even though we booked two side-by-side seats, our boarding passes printed at check-in told us we'd been separated by several rows. This was a problem.

We sat at the airport diner, both of us anxious and unsure about what to do. When the waitress came around and I asked for coffee, black. My girlfriend ordered pancakes with syrup.

“I’ll go on your diet when we get back from vacation,” she said.

Under the guise of using the restroom, I sneaked away from the table to try to get our seats changed. The woman at the gate said the flight was full. There was nothing she could do unless I paid $100 to upgrade to emergency-row seats that didn’t recline. I declined. We had spent a small fortune on the trip.

When I confessed my chivalrous attempt back at the diner, my girlfriend’s face changed. Head held high, she led the way back to the gate, where the same representative found us two seats together on the full flight at no extra charge. My girlfriend was triumphant.

“See?” she said. “She just needed to take one look at me.” I said nothing.

And when we returned from vacation, she did follow through with her declaration and went on my diet, swearing off rice, bread, potatoes, fruit juices and desserts six days a week. We prepared lean proteins, green vegetables and black beans. She’d never had Brussels sprouts before. The first week, she was delighted when the scale said she’d lost eight pounds. The second week, two — still good. But nothing in the third. On the fourth, she came home from work mid-week looking upset.

“I ate a blueberry muffin,” she said. It was a low-carb day. The fact that she felt so bad about eating a mini-muffin was endearing and sad. I kissed her forehead and told her not to worry, but it was a major blow to her resolve. She had a professional exam coming up and fell back on the habit of eating when stressed. She skipped meals, ate late. The weight loss reversed.

I know I need to be patient with her. And she needs to be patient with herself. Whether she does or doesn’t go back on the diet, I support her. My girlfriend is so much more than a number on a scale: funny, selfless, kind and generous, with a tremendous work ethic. She is beautiful. I’m lucky she chose me. Together, we’ve got nothing to lose.

Mandy Landing is the pen name of a freelance journalist.