Dan Savage gets married in Washington 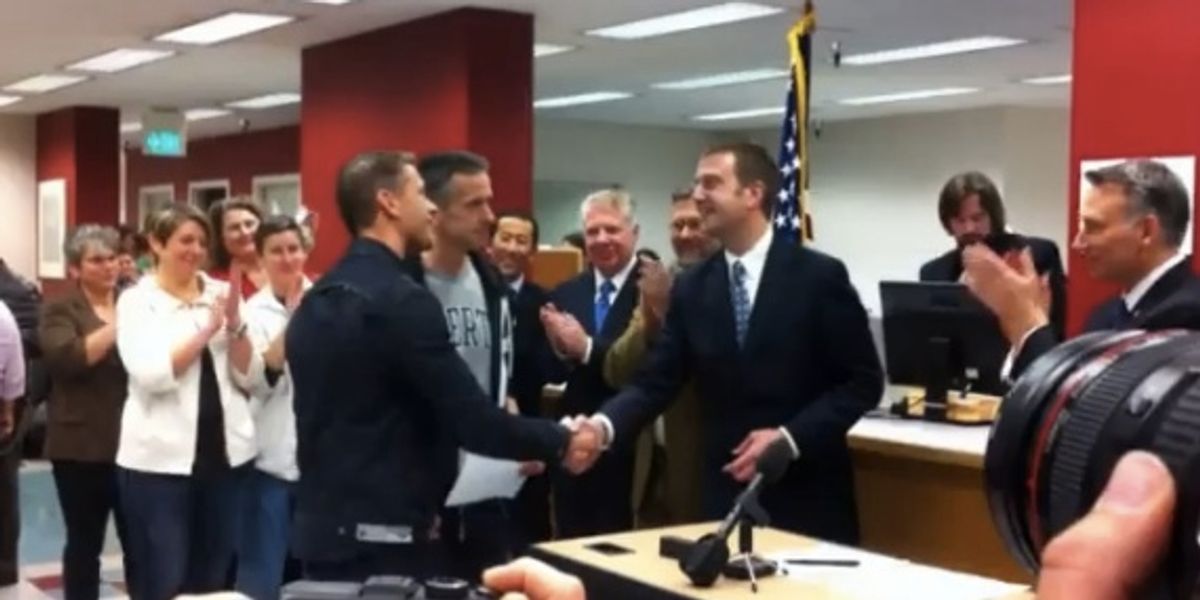 Dan Savage tweeted a picture of his wedding in Washington today:

Last week, Savage lined up with other gay couples in the state to get their marriage licenses, after the state legalized gay marriage in November.