On his blog, the brilliant writer denies "strange news" about his health, but calls pain "off the charts" 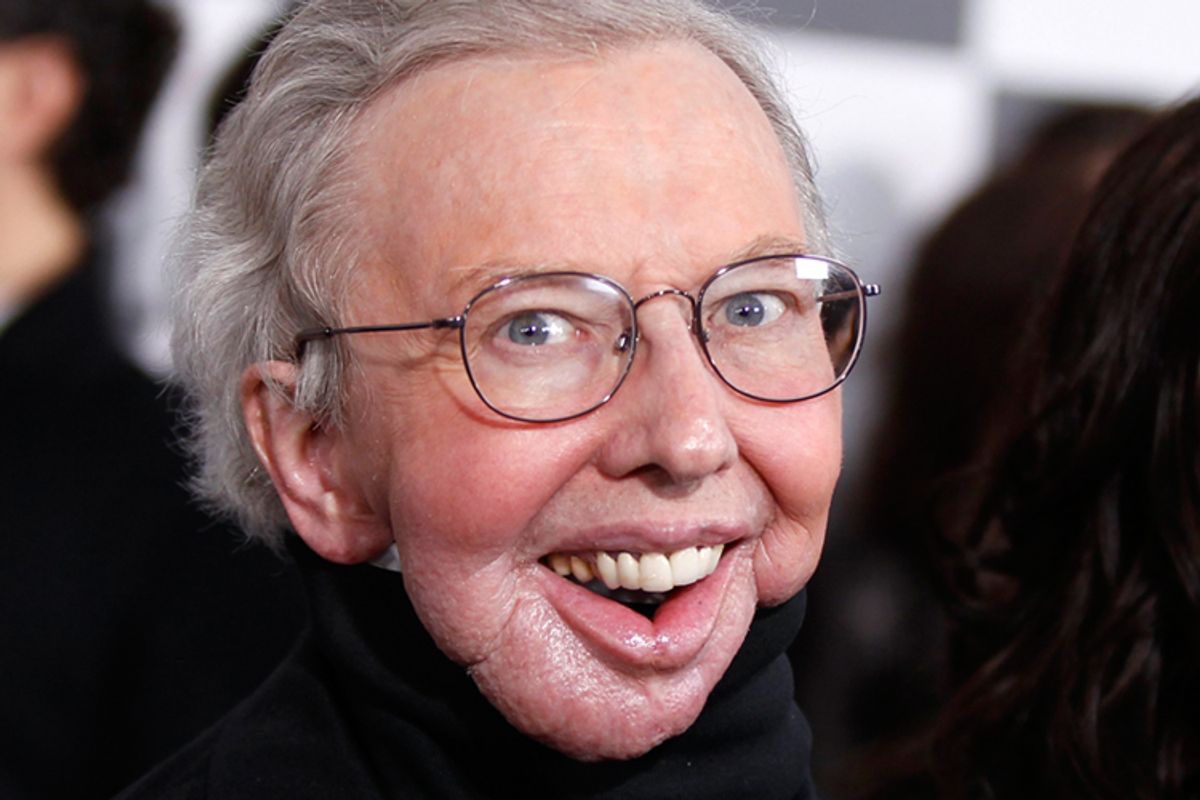 Famed film critic Roger Ebert took to his blog Saturday evening to deny rumors about his health and clarify his condition, after a hospital visit. Ebert says he has a "nearly invisible hairline fracture involving my left femur." While the pain is terrible, he said it has nothing to do with the thyroid cancer he has been battling for the better part of a decade.

I didn't fall. I didn't break it. It just sort of...happened to itself.

Most of the time, it causes me no pain at all. But my left leg won't bear any weight, nor can I walk on it. About a week ago I began to feel pain downaround there. On Wednesday I had some X-rays. By Thursday I was nearly immobile. Now I'm back at my alma mater, Northwestwern Memorial Hospital. On Monday I'll probably be checking into the Rehabilitation Institute of Chicago. This will be my fifth visit there. Once again they'll teach me to walk. I am a slow learner.

The pain is off the charts. It has nothing to do with cancer. It's plain bad luck. That's all the news. I plan to keep right on writing, Some strange news has been flying around. This will set the record straight.