Conservative news sites say that 73 percent of new jobs are created by the government. That number is pure garbage 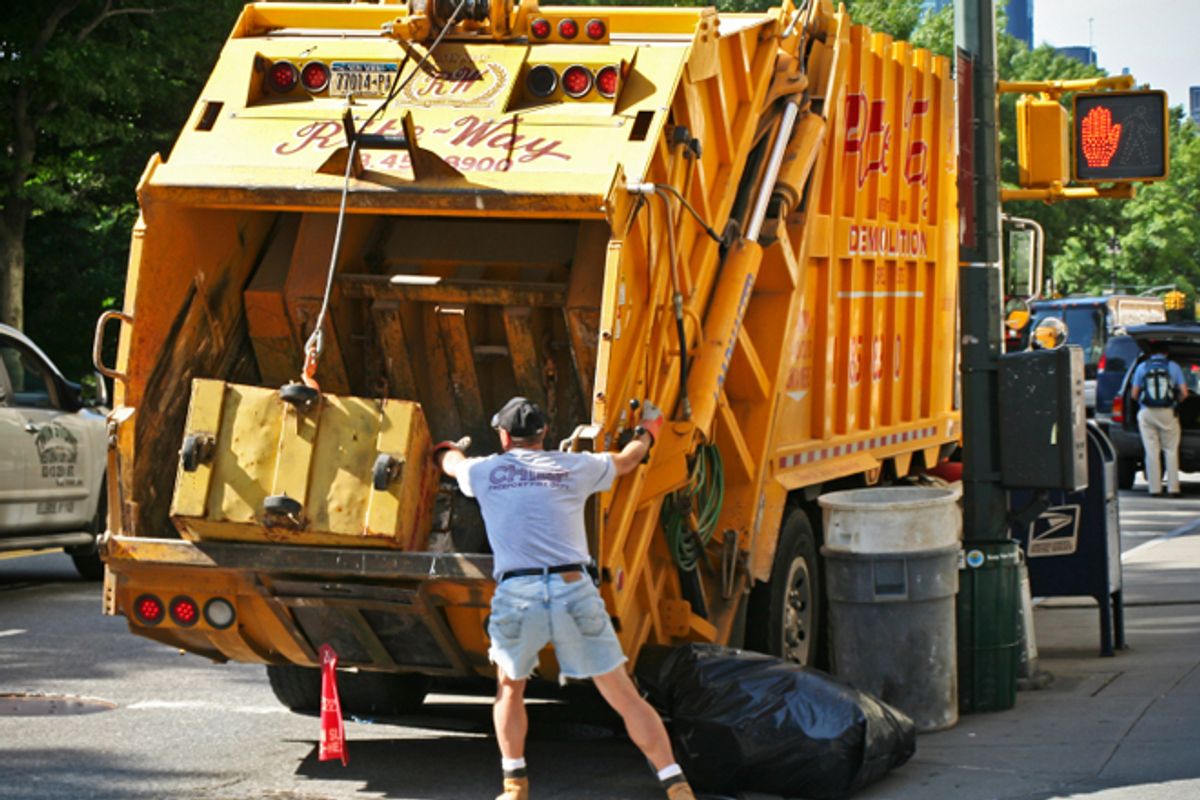 Have you heard the news? While us workaday job-creating CEOs are about to get hit by Obama’s tax hike on the wealthiest 2 percent, those fat-cat municipal sanitation workers and public schoolteachers are adding to their ranks at an alarming rate. According to the latest meme ricocheting around the conservative blogosphere and Fox News, almost three-quarters of the new jobs created in the past five months have been government jobs.

The figure, first reported Friday by the social conservative news website CNS.com, has immediatly gained traction on the right. It hits all the right buttons of demonstrating out-of-control government spending while exposing the sham that is the supposedly improving economy. And it does it all in a nifty little eye-popping statistic: First there was the 1 percent, then the 53 percent, followed by the 47 percent, now we have the 73 percent. The one problem is that it's total baloney, but we'll get to that in a second.

The 73 percent figure conveniently explains away the improving economy under Obama's watch by showing, as Breitbart.com’s John Nolte wrote, that “the government is using the creation of these [government] jobs to juice the employment numbers in a way that makes it look as though the job situation is actually improving.” The media, meanwhile, is willfully being duped.

Other sites quickly joined in. PJMedia’s Rick Moran lamented, “This is our present and foreseeable future. If I were the parent of a college graduate thinking of getting a master’s degree, I’d shoo him off to Georgetown or Harvard for an advanced degree in Public Administration.”

Even a Republican congressman, Pennsylvania's Rep. Tim Murphy, took up the case of the 73 percent. “Over the last five months, when you look at the upward swing in the improvement rate, 73 percent, according to the Department of Labor, is federal government, state government and local government -- we want to see in the private sector,” he told Fox News yesterday. According to Obama's own Department of Labor! Which was last seen cooking the books to help Obama get elected.

But this is much ado about nothing as the 73 percent figure is patently dishonest and misleading malarky. CNS’ Terence Jeffrey arrived at the figure by comparing the change in the total number of people employed in June through November to the change in the number of people employed in government jobs over the same period. “These 621,000 new government jobs created in the last five months equal 73.3 percent of the 847,000 new jobs created overall,” he concluded.

Why five months? It’s sort of an unusual amount of time to look for a trend, if you think about it. Why not six? Looking at the very same data tables Jeffrey links to in his post, it’s clear he cherry-picked June as the start date because it had the lowest number of government jobs all year, thus making the increase through November look bigger. Here’s his spreadsheet showing the full year's worth of data (numbers are listed in thousands):

If Jeffrey had started his analysis from the beginning of the year, he would have seen that government employment is actually down for the year, from 20,583,000 in January to 20,559,000 in November. But an honest look at the numbers would conclude they fluctuate significantly month-to-month with no clear trend in either direction.

In fact, government workers have been hit the hardest during the recession, especially on the state and local level, where requirements to balance the budget every year have led to massive layoffs that have been a drag on the economy and even private sector jobs. Here's what the situation actually looks like, with public sector numbers in blue and private sector numbers in red (the spike is from hiring related to the census and the stimulus package): We realize that a new phony right-wing myth is hardly surprising these days, but this one could have legs and it's better to knock it down before it ends up being parroted by a Republican congressman or something -- oh wait, too late.