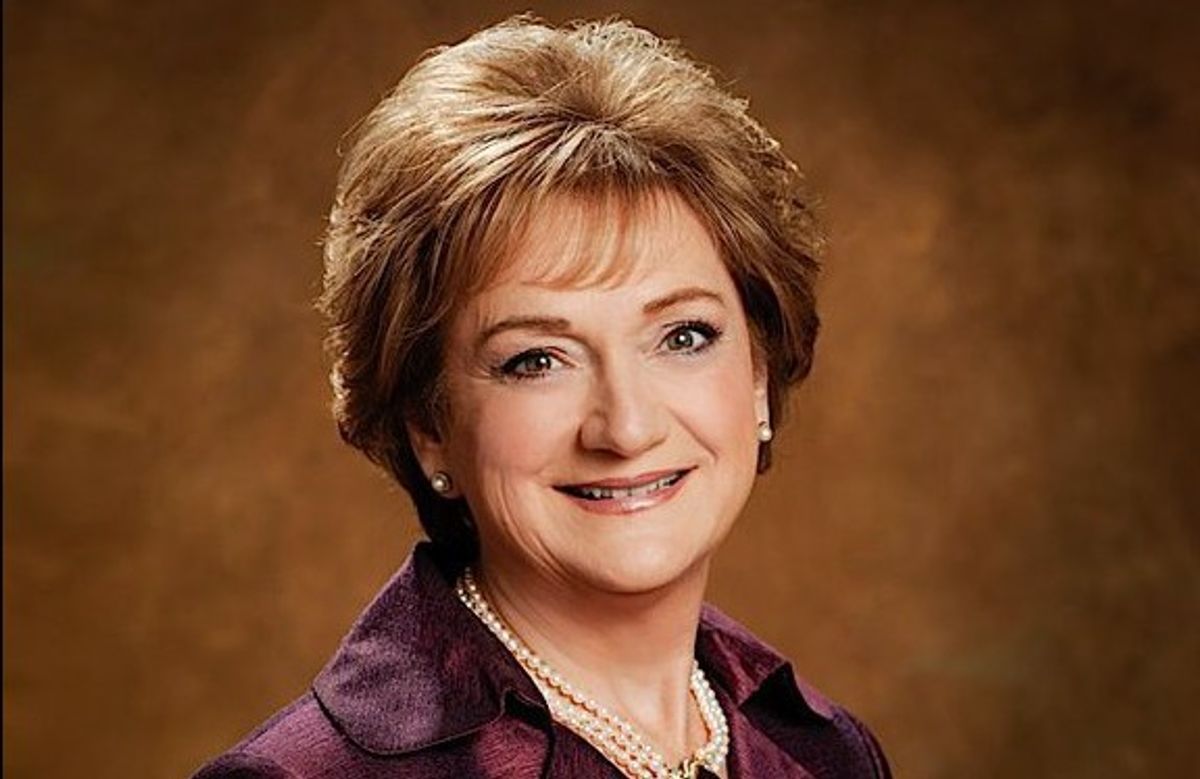 Cathie Adams, the former head of the Texas Republican Party and current president of the conservative Texas Eagle Forum, thinks this country needs to be very careful about legalizing marijuana, because just look at Barack Obama: "Barack Hussein Obama has got to have a teleprompter because he fried his brain on drugs. It doesn't work."

Right Wing Watch first reported on Black's remarks, which were made at a Grassroots America We the People "Call to Action" meeting shortly before the election.

For starters, Adams argued that Obama is a Marxist, but no one is talking about it because it is hidden by his "green agenda," or something:

Who is a Marxist in our White House?  Of course, it's Barack Hussein Obama.  And I don't know why we're not calling him what he is as a Marxist.  It's as if, when the wall fell that communism died; it didn't.  Today, it is green on the outside and red on the inside. It is as red as ever and Barack Obama is implementing his green agenda, which is Marxism, and that is exactly why our economy is hurting as badly as it is and why twenty three million people are still out of work. That is exactly what is happening.

Adams went on to rail against Colorado's (then-)upcoming vote on legalizing marijuana, which passed in the state on Election Day. "And if we legalize it, will we empty out our jails and will we be safe for ever more?" Adams asked. "No.  I'm telling you, Barack Hussein Obama has got to have a teleprompter because he fried his brain on drugs. It doesn't work."

Here's the audio, via Mediaite: