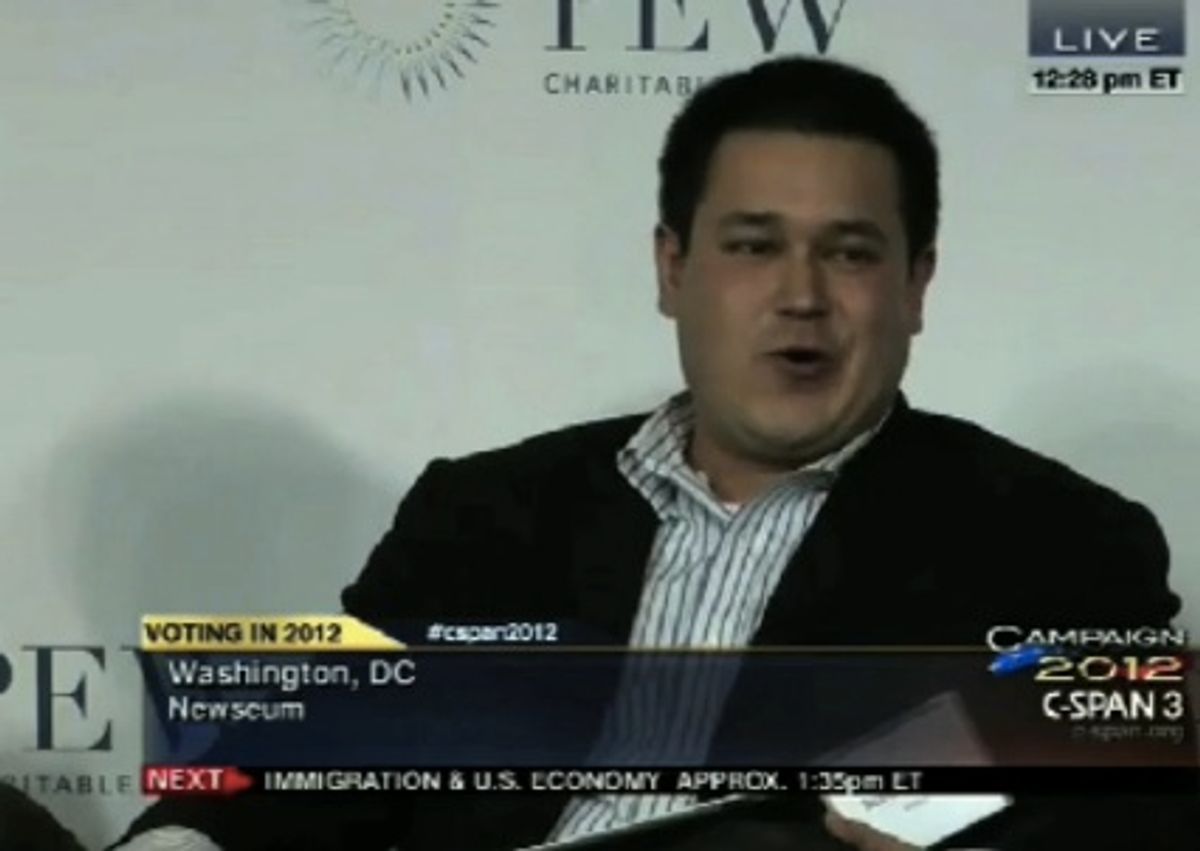 Huffington Post, which first pointed out the comments, reports that Tranter owns Vlytics, a "data consulting" company that was paid more than $3000 by Mitt Romney's campaign.

Tranter was spekaing at a panel on voter difficulties during the 2012 elections, as part of a day-long conference held by Pew Center on the States. He did clarify that he thinks there are broader problems with the voting process, where "elections officials are under-prepared for job."

"I'll respectively disagree [with] why the lines are longer, and in some cases if they're longer, but I think we can all agree that elections officials need to be better prepared and they need to spend more resources to make sure that people can vote, and they don't have to wait in lines til 1 AM," Tranter said. "I think everyone agrees with that."

The full panel can be seen here.