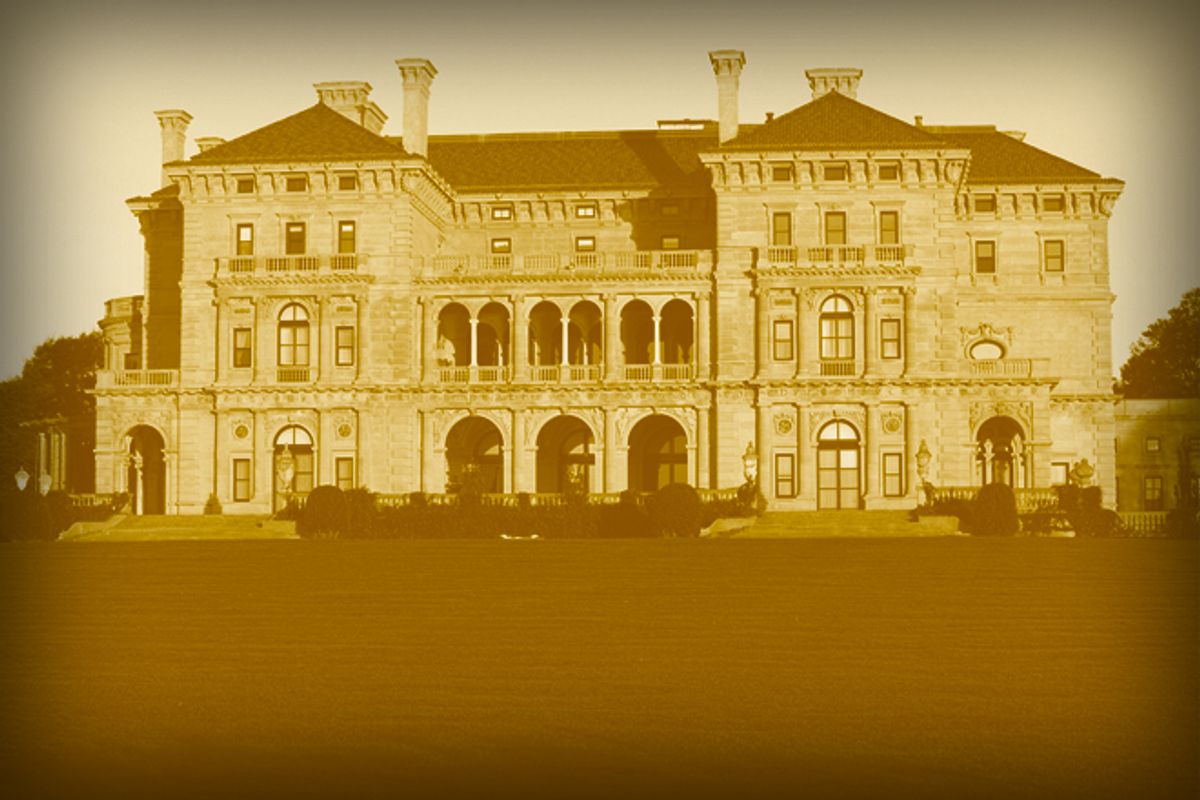 While other critical tax issues have been largely overshadowed by the looming expiration of the Bush income tax cuts for the wealthiest 2 percent of Americans, Congress is also debating what to do about another massive giveaway to the rich implemented under George W. Bush -- a dramatic cut, followed by the complete elimination of the estate tax, which conservatives derisively refer to as the “death tax.”

In 2001, Bush signed a law that gradually lowered the estate tax rate until 2010, at which point it was completely repealed. Congress extended the tax temporarily at the end of year (leaving people who died that year off the hook) and set the rate like this: The first $5 million of wealth go completely untaxed, while wealth above that line is taxed at just 35 percent. That temporary patch will expire at the end of the year, and if Congress does not act, rates revert to the much higher Clinton levels: An exemption on just the first $1 million and a 55 percent tax on all income above that.

Hanging in the balance is hundreds of millions of dollars. The nonpartisan Tax Policy Center estimates the government would collect $161 billion by 2021 at the current rates, as opposed to $531 billion over the same time frame under the Clinton rates.

Naturally, Republicans want to extend the current rates (though many would prefer to eliminate the tax entirely) and even most Democrats say the 2001 level is too onerous. President Obama has proposed an exemption on the first $3.5 million and a 45 percent rate above that, while some conservative-leaning Democrats from rural states -- including Sens. Max Baucus of Montana, Mary Landrieu of Louisiana, and Mark Pryor of Arkansas -- have sided with Republicans, saying the higher rates would hurt farmers in their state.

Enter a group of wealthy people who want their rates higher than what Republicans are demanding. Responsible Wealth, a network of people who have net worths in the top 5 percent and favor progressive taxation, has put forward a compromise proposal that has so far been signed by 36 of their wealthy members, including Warren Buffett. The plan, which is being delivered to every member of Congress today, calls for a $4 million exemption for couples ($2 million for individuals) and a graduated rate starting at 45 percent on income above that.

On a call with some of their members organized by the group this morning, Abigail Disney, the granddaughter of Roy Disney and a filmmaker herself, said Roy and Walt’s rise from a poor farming family in Kansas to international entertainment icons exemplifies the American dream of making it for oneself, regardless of parental wealth. She added that it was possible for them to succeed only because of government programs like public education. “It’s a sad state of the political culture we live in that it assumes that people only fight for the interest of their own class,” she said. “We have a choice: We can either raise taxes on people like me or cut” valuable programs that could help create the next Disneys.

“A strong federal estate tax will reduce inequality and prevent the rise of a hereditary aristocracy,” said someone who would know about that, Richard Rockefeller, the great grandson of Gilded Age mogul John D. Rockefeller. “Some days I just don’t get it why this isn’t clear to people, including people with wealth.”

Robert Rubin, the former Treasury secretary and Goldman Sachs co-chairman, echoed the point. “I think that a substantial estate tax is critically important in the respect that it works to reduce concentrations of economic and political power across generations. Those concentrations are antithetical to the founding principles of our Republic, which is that it was the land of opportunity.”

Rubin also laid out the economic argument: The government desperately needs more tax revenue, the estate tax has no adverse affect on the economy or job creation, and it encourages philanthropic giving, ironically, as a means to minimize exposure to the tax.

“If we’ve been privileged in life and weren’t paying our fair share of taxes, somebody else is going to have to pay them and it will inevitably be those who are less able to do so,” said John C. Bogle, the founder and former CEO of insurance behemoth the Vanguard Group. “I’m more than happy for my own estate to pay our fair share of taxes on the wealth that we were fortunate enough to accumulate.”

The message from the millionaires was a strong rebuke of Mitt Romney’s “we built it" narrative from the campaign.  “A person who accumulates wealth in this county does not do so independently,” said Bill Gates Sr., the father of the Microsoft founder and a wealthy lawyer. “Business enterprises are boosted by government efforts to create a stable and positive business environment. I also had a front row seat for the creation and growth of my son’s business and I observed the many ways our country’s publicly-supported infrastructure, tax laws, government-funded research, education, patient protection, and so forth helped the company grow.”

Their plan will be delivered to every member of Congress today; what remains unclear is whether Congress will listen to them or Grover Norquist.