Study: There is no "gay gene" 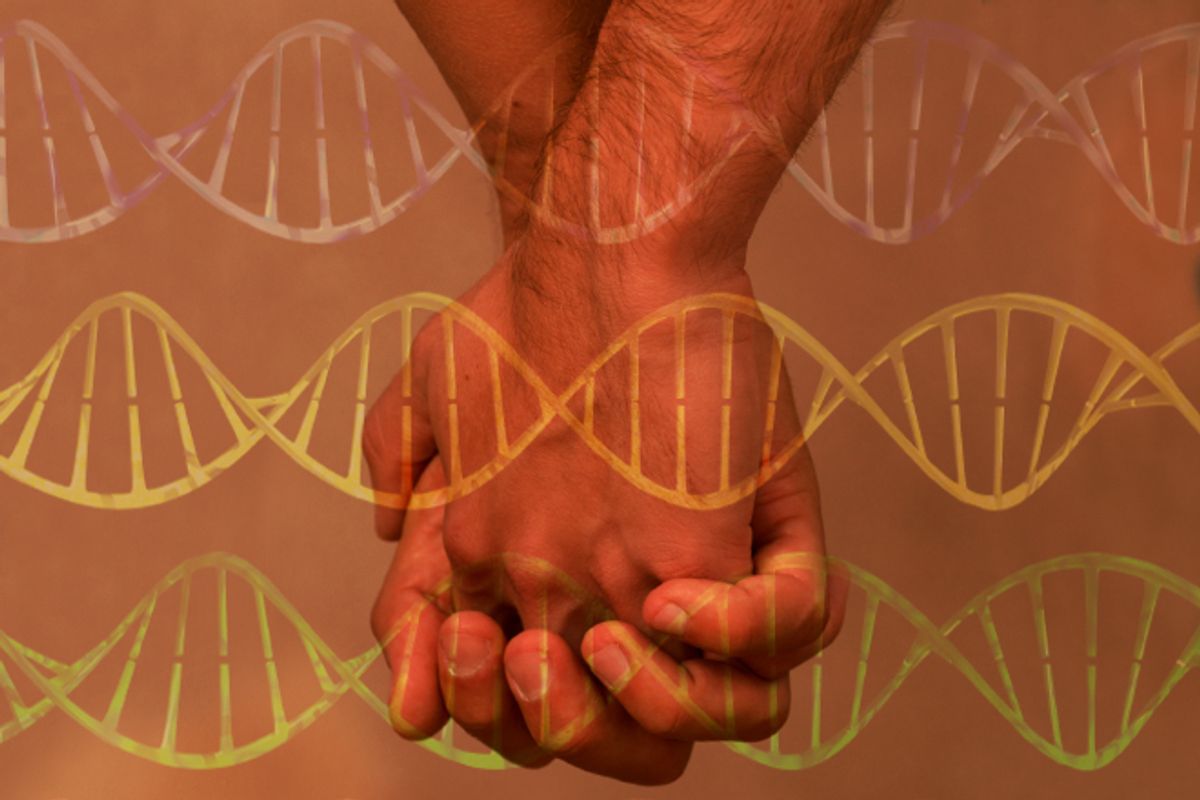 Researchers announced today that homosexuality isn't strictly genetic. But before the homophobes break out their party hats to celebrate this as proof of same-sex attraction being "unnatural," note that the study in the Quarterly Review of Biology argues that homosexuality is passed from parent to child.

The key here is epi-marks, which control how genes are expressed, and they just might explain the evolutionary stumper of why, if homosexuality is hereditary, it hasn't been eliminated from the gene pool.

As a press release explains in almost comprehensible terms, the study finds "sex-specific epi-marks, which normally do not pass between generations and are thus 'erased,' can lead to homosexuality when they escape erasure and are transmitted from father to daughter or mother to son."

As evolutionary biologist William Rice of the University of California Santa Barbara told U.S. News, these epi-marks have proliferated because they are evolutionarily advantageous: They "protect fathers and mothers from excess or underexposure to testosterone," but they may also cause homosexuality in opposite-sex offspring. It remains to be seen how this might explain sexuality's many fluid, complex and category-destroying expressions.

This is a fascinating theory, but it's important to note that it's just that: The study's findings are based on a biological and mathematical model. The theory still needs to be tested on real-life human beings -- so, stay tuned.