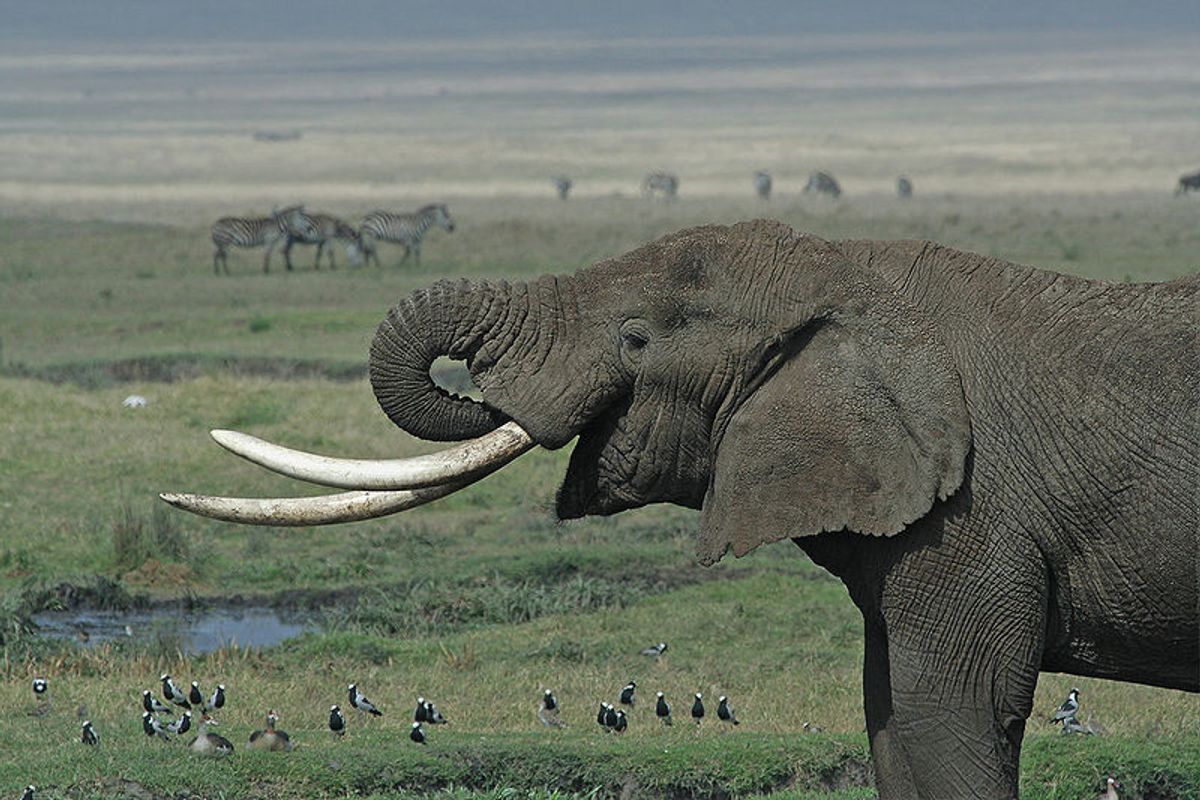 The media conversation about drones tends to be couched in stories about shadow wars, civilian deaths or creeping surveillance. As such, it's all too easy to frame drone technology itself as per se a source of harm. But like any technologies, drones are simply apparatus for a plethora of tasks. Some we might like -- such as combating the poaching of endangered species.

As the Altantic reported Tuesday, Google is giving $5 million to fund a drone program for the World Wildlife Fund. The WWF has already piloted the program, using Unmanned Aerial Vehicles (UAVs) to scan large areas of Nepal for poachers. With new funding, they can expand the program into sites in Africa and Asia where poachers are known to operate.

Across Africa and Asia illegal trade worth $7 to $10 billion annually threatens to annihilate elephants, rhinoceros, tigers and other endangered species, the Atlantic noted:

Poaching has become much more severe in recent years, as China's growing middle class demands ivory tusks and other animal parts for ornaments, jewelry, and supposed healing qualities. Conservation groups estimate that tens of thousands of elephants are being killed each year... The only real hope for stopping it is more aggressive monitoring -- both in the parks and at the borders. But better monitoring is a challenge for states both financially and politically (the Ugandan military, for example -- one of the Pentagon's closest partners on the continent -- has been linked to the poaching trade).