Two D.C. area hosts have been disciplined for remarks about a transgender basketball player 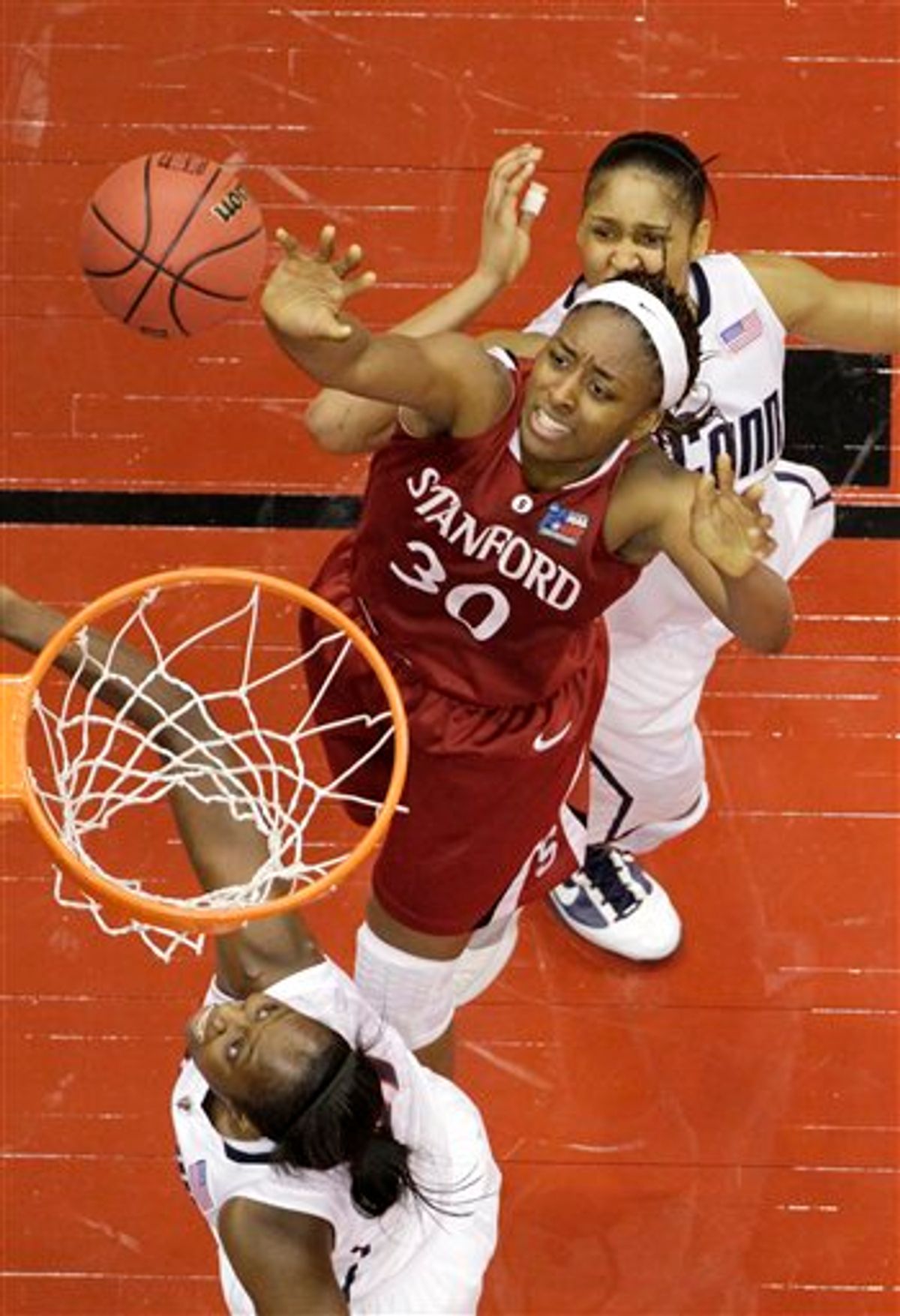 Two D.C. area ESPN radio hosts were “temporarily removed” from the show Sports Reporters after banter about a transgender junior college basketball player in California. Steve Czaban and Andy Pollin were called out by LGBT activists for their offensive comments, and removed from their positions by the station's Vice President/Programming, Chuck Sapienza, Tuesday.

The radio hosts were discussing Gabrielle Ludwig, a 50-year-old transgender woman playing junior college basketball in California. Ludwig told the USA Today last week that she wants to be a role model:

“If the example I can set for the kids who are transgenders in high school, for the people who hate transgender people and for those learning to deal with transgenders, transsexuals, if they see me as a normal person and we are not the bogeyman and love life and raise kids just like you, maybe some of this mystery of who these people are will be taken away and there can be more blending into society,” she said.

Steve Czaban and Andy Pollin offered their thoughts on the issue last Thursday.

“That’s a man, baby,” Chris Knoche began. “That could be a Russian chick….So how does this work? You lose testicles and gain eligibility?”

“So what’s the net-net of the story, because I’m not gonna read it,” Czaban asked Pollin.

“The net-net is she/he has had a lot of problems in his/her life….” Pollin said.

“I think it is the politically correct term,” Czaban said.

“The horrific comments by ESPN Radio’s Steve Czaban and Andy Pollin show a level of disrespect and harmful rhetoric that is inexcusable,” Helen Carroll of the National Center for Lesbian Rights told Out Sports.”

The pair were suspended Tuesday by ESPN980’s Sapienza, who said, “Such intolerance and insensitivity will never be tolerated by this company. Due to the nature of their conversation, the pair have been temporarily removed from ESPN980′s Sports Reporters program.”