"He kept on shooting, and he kept on walking" 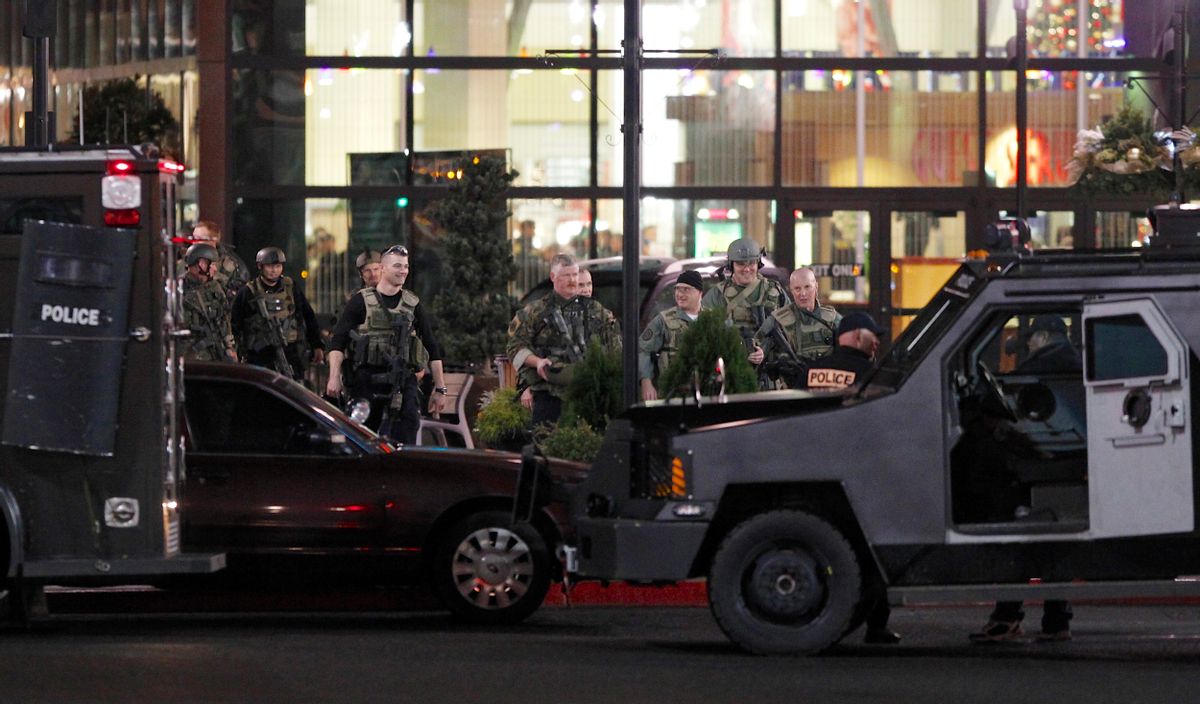 The Portland Oregonian has collected harrowing tales from inside the Clackamas Town Center. Here's a taste of some of them:

Alina was working at a cupcake cart when she realized gunshots were being fired. She heard screams and watched him shoot a woman -- then headed in her direction

"He looked straight at me and he aimed, but he missed," said Pavlenko, who had no walls to hide behind at the Fabulicious Cupcakes kiosk, only a chair.

"He kept on shooting, and he kept on walking," she said. "He wasn't running. He was walking so slow. He dropped the thing he used to load bullets, and he just slowly picked it up and put it back in again."

"He was, like, 10 feet away from us, wearing a white mask and carrying something heavy with both hands," said Hannah, a freshman at LaSalle High School. "He went running into the store. I was scared, but I didn't tell my mom because I didn't want to get her upset."

"But what caught my attention, I could smell the gunpowder," Garcia said. "That's what pretty much made me run. The gunpowder is what made me react."

More stories from inside the mall are here.