Is "The Daily Show" replacing Wyatt Cenac with a puppet?

The correspondent's last day on the fake news show is Dec. 13 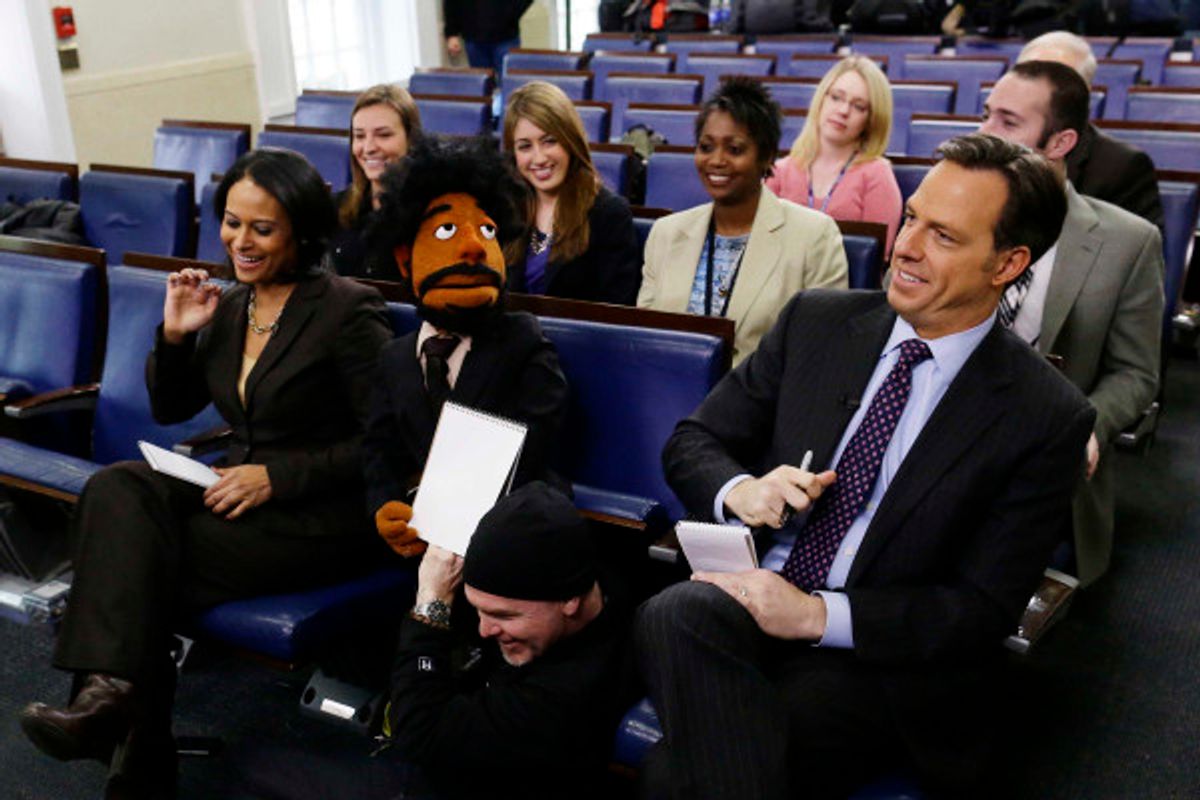 It looks like "The Daily Show's" Wyatt Cenac, whose last day on the show is Dec. 13, will be replaced by a puppet. Or at least, that's what this photo recently tweeted by ABC's senior White House correspondent Jake Tapper led us to believe: