PayPal's former CEO tells Salon tax rates are "not a driving factor" in job creation, despite the GOP's rhetoric 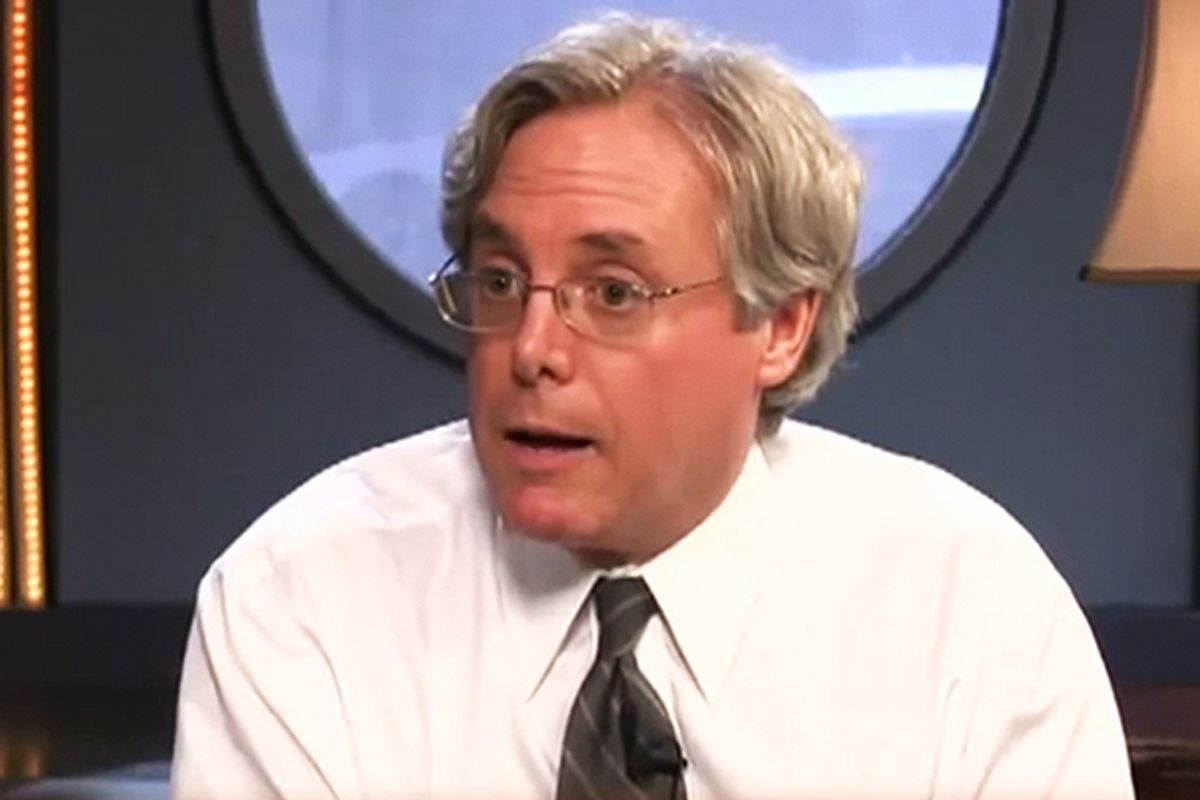 If you listen to Republicans, you get the impression that raising taxes on the wealthiest Americans or on capital gains will kill tens of thousands of jobs and tank the economy. "200,000 jobs are going to be destroyed ... this kills the middle-class jobs that are created by those small businesses," Florida Republican Sen. Marco Rubio told Fox News yesterday about President Obama's proposed tax hikes.

But at least one of those job creators says that's bunk. Bill Harris, the former CEO of PayPal and Intuit (the giant software company whose main clients are small business), and the current CEO of Personal Capital, recently wrote a column in Forbes headlined "Tax Cuts Don't Create Jobs." We spoke with him to find out more and he told us marginal tax rates simply aren't the driving concern for companies when they're thinking about creating jobs.

Why do you say tax cuts don’t create jobs?

To answer your question I would start from the top. The perspective I think I bring is that of an entrepreneur, somebody who’s been in the tech community for 20 years. Somebody who’s run larger tech companies, and who has launched small new start-ups. Small companies and tech companies are one of the key engines of job creation, so the question is, what do entrepreneurs need to grow companies and create jobs? I think it’s not tax cuts. Issues like marginal tax rates are just not in the consideration set of entrepreneurial companies. They’re thinking about funding or growing or evolving or investing. What they do need is a healthy economy, because then consumers will go out and spend and buy things that new companies are selling.

Pardon me if this sounds surprising coming from a CEO, but when you speak with other CEOs and businessmen about this, is your view the general consensus? Because if you look at what a lot of them are saying, at least publicly, it's that tax rates are important. Is that just public posturing?

Well, I think tax rates are important, I just don’t think they’re drivers. When you’re making a decision in the entrepreneurial arena -- and I’ve been doing this thing for 20 years and many of my friends have been doing the same -- our decisions to start a company, to invest, to grow are not substantially motivated by the changes in marginal tax rates. Particularly when we’re talking about changes that would be from just 35 to 39 percent. Or 15 percent to 20 percent on capital gains. It’s a factor, but it’s just not a driving factor in the decision making. I think it's probably more of a concern for private investors, but even there, once again, the difference between 15 and 20 percent capital gains taxes? I can’t really see that being an important consideration for most organizations.

Defenders of the tax cuts always say that letting them expire will hurt small businesses and thus their ability to hire people. But lots of people have pointed out that many of those companies are not what most people would consider small businesses. Having both started small companies and run huge ones, do you have any thoughts on that? Would it mainly impact small or large companies?

Let’s take it two pieces. First is the income tax rate, which would potentially go from 35 percent to 39.6.  I think it was the Treasury Department that did a study that said if you increase the marginal tax rate to 39.6 percent, only 2 percent of that increased tax revenue would come from small business owners. In other words, the majority of the people being taxed at the top marginal rate and the majority of the revenue collected is not coming from small businesses at all -- it’s coming from wealthy individuals, investors or larger companies.

Now, the capital gains rate question is something that’s likely to impact entrepreneurial companies, because a successful start-up may eventually want to go public in its growth, in which case you have a valuation event and people who are the owners, and founders, and employees, and investors will have capital gains taxes on those gains. But that’s something that happens not today but years from today, if you have a successful company. So the real question for entrepreneurs is not, "My goodness, if I am a success, will the difference between a 15 percent and 20 percent capital gains rate really make a difference to me?" There are so many more important questions determining whether or not this company is going to be successful. And so that’s what we’re focused on. How do we hire the best people? How do we build the best product? How do we sell and distribute into strong customer demand? Those are the things that motivate the day-to-day investment decision that we make running small companies, not some concern about marginal rates in the future.

So you mentioned the most important thing is to build a strong economy. How would you do that?

This conversation has been lighly edited for brevity and clarity.