No justice for congressman's girlfriend-abusing son 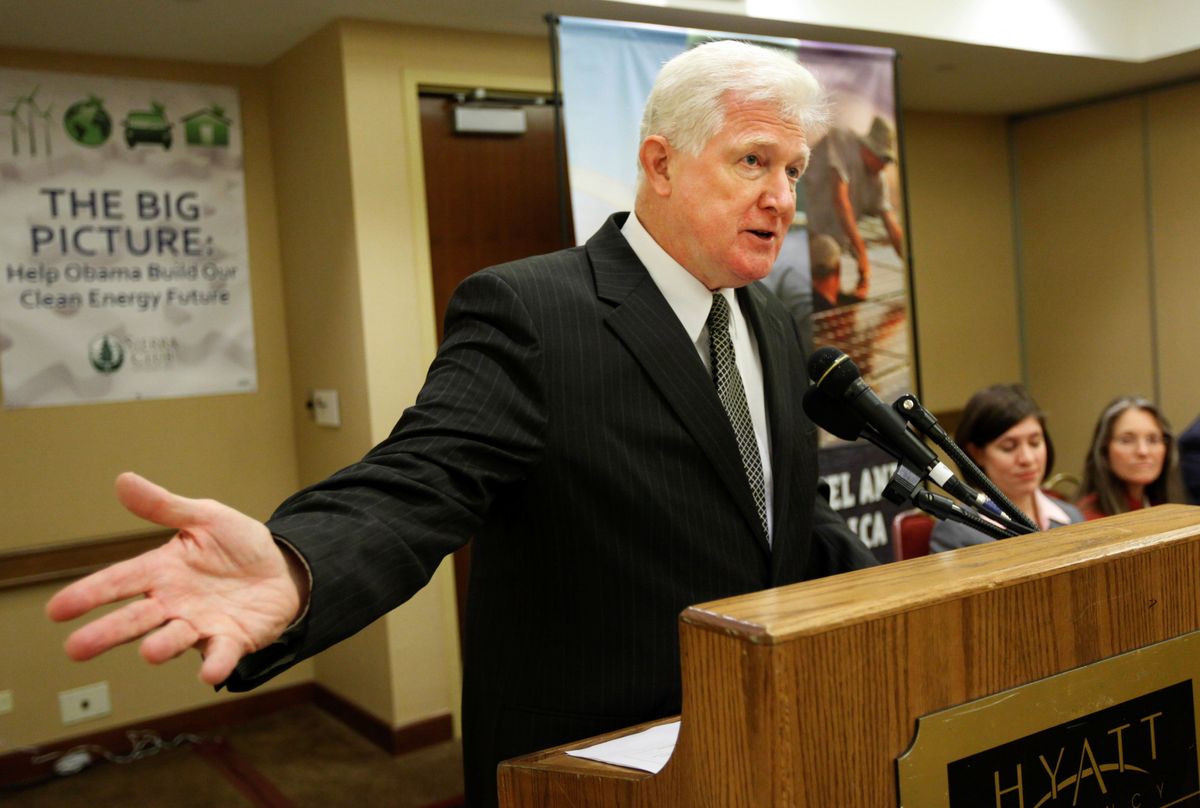 Wednesday afternoon, the news broke across D.C. media and disconcertingly excited right-wing blogs that Patrick Moran, the son of Representative Jim Moran, a Democrat from Virginia, had pled guilty to assaulting his girlfriend of six months. The police report stated that two officers saw Moran grab his girlfriend by the back of the head and smash her head into a metal trash can, breaking her nose and fracturing her skull.

Sadly, the aftermath of this crime has followed a pattern that prosecutors, police, and anti-violence activists know well: Moran successfully pled down to a slap on the wrist, in this case probation. Moran’s girlfriend is sticking by him, claiming she tripped and fell and that all this is a mistake. This entire pattern of events is what activists call the “cycle of violence,” which is not—despite the inevitable media blather after any domestic-violence incident—the result either of an abuser having ”anger management” issues or the victim being stupid or a masochist. Domestic violence is a choice abusers make, and society makes the situation much worse by giving them a license to operate while subtly—and sometimes overtly—pressuring victims to stay.

Representative Moran’s behavior this week, in fact, could serve as a checklist of all the ways that friends, family, colleagues, and society treat domestic violence, ways that make it difficult for victims to leave, and let abusers know they can offend without being held accountable.

Portraying domestic violence as a private matter, instead of a criminal matter that affects us all. Rep. Moran told the Washington City Paper, “I hope their privacy will be respected,” and added, “They look forward to putting this embarrassing situation behind them.” Sadly, framing domestic violence as if it’s a private matter, like bickering over money or committing adultery, is all too common. In fact, violent assault is violent assault, whether the assailant is a mugger on the street or purports to love the victim. By treating domestic violence as a private matter, we downplay its severity, which is why it so often leads to light sentences; it allows the abuser to frame his behavior as a personal flaw, which in turn helps him convince the victim he means to change. The reality is that unlike most couple squabbles that are none of our business, domestic violence affects us all.  It racks up health-care and court costs, causes victims to miss work and struggle economically, creates psychological distress that can extend across generations, and exacerbates already unjust power imbalances between the sexes at home. Plus, the suffering of the victims, whose basic trust in love and family has been upended, is beyond that of someone simply having an ordinary disagreement, and should be treated with the same consideration that we treat the suffering of all victims of violent crime.

Claiming the abuser is a great guy whose behavior was out of character.Representative Moran referred to his son and his son’s victim as “good kids.” We have no information about the victim, but let’s be clear: Taking someone’s head and smashing it against a trash can precludes the possibility of someone being a good kid. Most of us don’t want to admit that someone we thought well of could have a dark side, and men who hurt women not only count on that tendency but often manipulate others around them to curry sympathy if they’re outed as violent.  We have to be willing to accept the evidence that someone we trusted is not as trustworthy as we thought. By refusing to do so, we not only let the abuser know his violence will not erode our opinion of him, but we cause the victim to believe the abuser when he tells her he didn’t mean it and he won’t do it again.

Believing obvious lies or silly excuses. The police report names two witnesses who saw Moran bash his victim’s head into a trash can. The report makes no mention of the victim claiming anything other than what the police saw. Moran has pled guilty. The victim was badly injured, with a skull fracture and a broken nose. Despite all this, Representative Moran is claiming that the victim tripped and fell, citing the victim’s own e-mail saying this as evidence. But as this prosecutor interviewed by Jessica Wakeman at The Frisky explains, victim recantations simply can’t be taken at face value, especially in the face of overwhelming evidence to the contrary. Victims are guilt-tripped, bullied, and shamed into making up stories to corroborate their abusers’ lies. When we believe these stories and not the statistical and physical evidence of abuse, we’re signaling to the abuser that we’ve got his back and will believe even obvious nonsense rather than stand up to him.

Blaming the victim. Representative Moran couldn’t be more eager to blame the victim, either partially or completely, for what his son did to her. Not only is he supporting the hard-to-believe “broken high heel” story, but he has gone out of his way to frame this incident as a shared-blame situation. The language about privacy and embarrassment make it sound like trouble they got in together, and calling them “good kids” that were in a “situation, which involved drinking” is a way to equate the two, even though only one made the choice to bash someone’s head against a trash can. Judging the victim’s personal choices as if they mitigate the violence, portraying domestic violence as a fight that got out of hand, or telling tales that make it sound like the victim did it to herself are all classic ways of shifting the blame from the abuser to the victim. When we do this, we let the abuser know he won’t be held accountable, and we make the victim feel guilty. Sometimes, if she’s made to feel guilty enough, she’ll even go back to her abuser to ask “forgiveness” for getting him into trouble with the police. If we call her stupid for staying, we’ve given her abuser cause to say he’s the only person who actually respects her.

The good news is this: None of this is inevitable. We can, if we want, support the victim and let the abuser know we do not support or forgive his behavior. We can also push for anti-violence legislation like reauthorizing the Violence Against Women Act, which provided resources for victims escaping abusive partners and training for law enforcement to improve their responses to domestic violence. This law, which has been reintroduced many times since it was first passed in 1994, already helped dramatically reduce intimate-partner violence. Unfortunately, congressional Republicans have been fighting it tooth and nail in recent months.  Perhaps this incident, which was committed by a Democrat and therefore will likely result in right-wing media laying off its usual rounds of post-domestic-violence victim-blaming, will help create the incentive for Republicans to start taking this kind of violence seriously enough to pass legislation known to prevent it.