Obamacare, brought to you by Johnson & Johnson

When push comes to shove, corporate interests will always have the upper hand in determining public policy 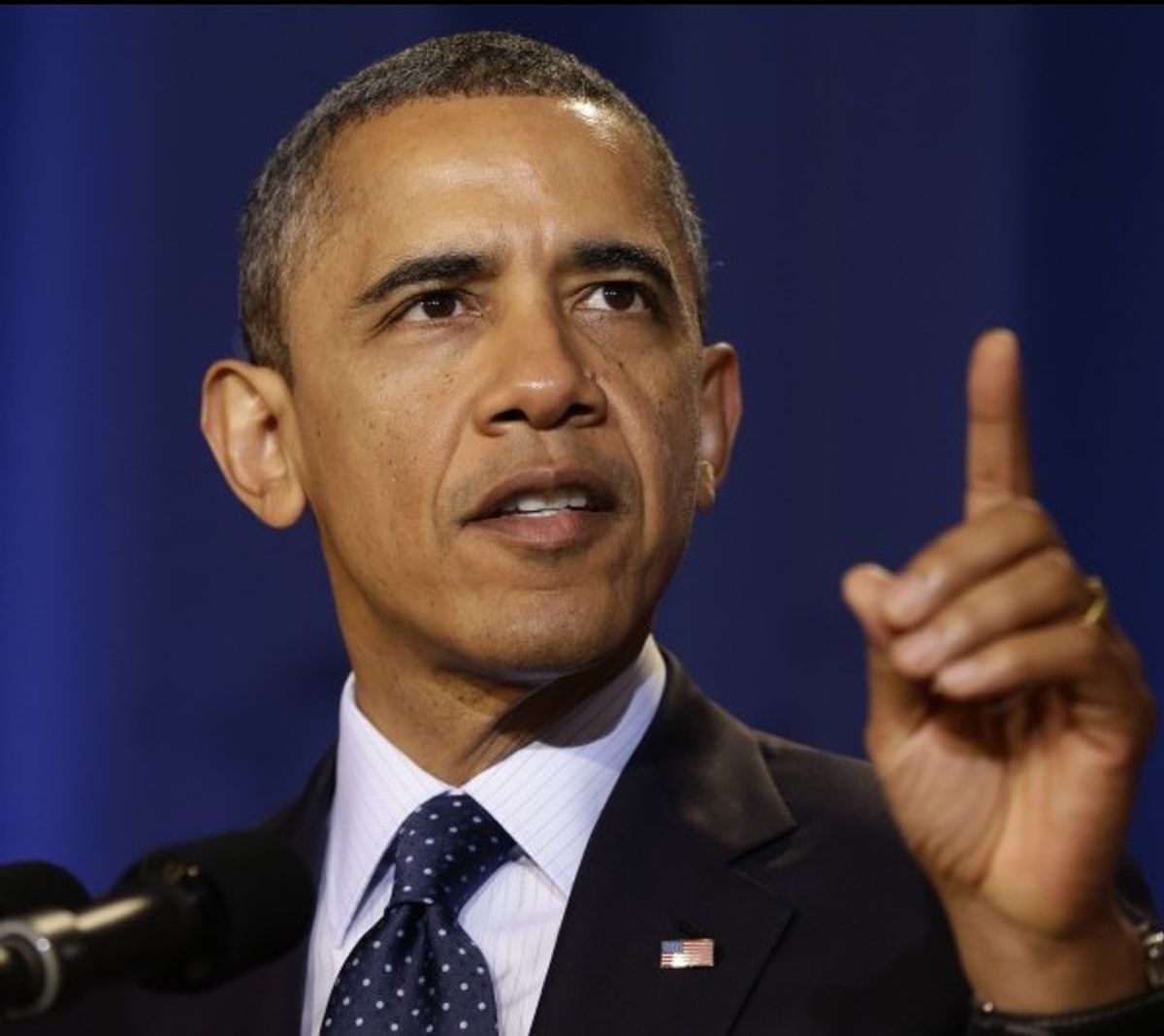 We’ve seen how Washington insiders write the rules of politics and the economy to protect powerful special interests, but now as we enter the holiday season, and a month or so after the election, we’re getting a refresher course in just how that inside game is played, gifts and all. In this round, Santa doesn’t come down the chimney -- he simply squeezes his jolly old self through the revolving door.

It’s an old story, the latest chapter of which came to light a few days ago with a small item in Politico : “Elizabeth Fowler is leaving the White House for a senior-level position leading ‘global health policy’ at Johnson & Johnson’s government affairs and policy group.”

A familiar name. We had talked about Liz Fowler on Bill Moyers Journal in 2009, during the early stages of Obama’s health care reform. She was at the center of the action, sitting behind Montana Senator Max Baucus, chairman of the Senate Finance Committee at committee hearings. Bill noted, “She used to work for WellPoint, the largest health insurer in the country. She was Vice President of Public Policy. And now she's working for the very committee with the most power to give her old company and the entire industry exactly what they want: higher profits, and no competition from alternative non-profit coverage that could lower costs and premiums.”

After Obamacare passed, Senator Baucus himself, one of the biggest recipients in Congress of campaign cash from the health care industry, boasted that the architect of the legislation was none other than Liz Fowler. “I want to single out one person,” he said. “… Liz Fowler is my chief health counsel. Liz Fowler has put my health care team together… She put together the White Paper last November 2008, [the] 87-page document which became the basis, the foundation, the blueprint from which almost all health care measures in all bills on both sides of the aisle came. She is an amazing person. She is a lawyer; she is a Ph.D. She is just so decent. She is always smiling, she is always working, always available to help any Senator, any staff. I just thank Liz from the bottom of my heart.”

The health care industry was very pleased, too. Early on in the evolution of Obamacare, the Senate and the White House cut deals that protected the interests of the health care industry, especially insurers and the pharmaceutical companies. Lobbyists beat back such popular proposals as a public option, an expansion of Medicare, and a requirement that drug companies negotiate the prices they charge. As the eagle-eyed journalist Glenn Greenwald noted in The Guardian last week, “The bill’s mandate that everyone purchase the products of the private health insurance industry, unaccompanied by any public alternative, was a huge gift to that industry.” That sound you hear isn’t jingle bells; it’s cash registers ringing.

And Liz Fowler? The White House brought her over from Congress to oversee the new law’s implementation, first at the Department of Health and Human Services and then as Special Assistant to the President for Healthcare and Economic Policy.

And now, it’s through the revolving door once more.  Yes, Christmas has come a little early for the peripatetic Ms. Fowler, as she leaves the White House for the pharmaceutical giant Johnson & Johnson. As Glenn Greenwald writes, Ms. Fowler “will receive ample rewards from that same industry as she peddles her influence in government and exploits her experience with its inner workings to work on that industry’s behalf, all of which has been made perfectly legal by the same insular, Versailles-like Washington culture that so lavishly benefits from all of this.”

Friends of Liz Fowler will say this is harsh -- that she was the talented, intelligent protégée of two liberal Democrats – outgoing California Congressman Pete Stark and the late Senator Daniel Patrick Moynihan of New York -- who believed in public service as a calling.  That she was seriously devoted to crafting a health care reform proposal that would pass. No doubt, but it’s not the point. She’s emblematic of the revolving door culture that inevitably means, when push comes to shove, corporate interests will have the upper hand in the close calls that determine public policy.  It’s how insiders fix the rules of the market, no matter which party is in power.

The last time we looked, 34 former staff members of Senator Baucus, whose finance committee has life and death power over the industry’s wish list, were registered lobbyists, more than a third of them working on health care issues in the private sector. And the revolving door spins ever faster after a big election like the one we had last month, as score of officials, elected representatives and their staffs vacate their offices after the ballots are counted. Many of them head for K Street and the highest bidder.

Reforms were passed that are supposed to slow down the revolving door, increase transparency and limit the contact ex-officials and officeholders can have with their former colleagues. But those rules and regulations have loopholes big enough for Santa and his sleigh to drive through, reindeer included. The market keeps growing for insiders poised to make a killing when they leave government to help their new bosses get what they want from government.  That’s the great thing about the revolving door: one good turn deserves another.