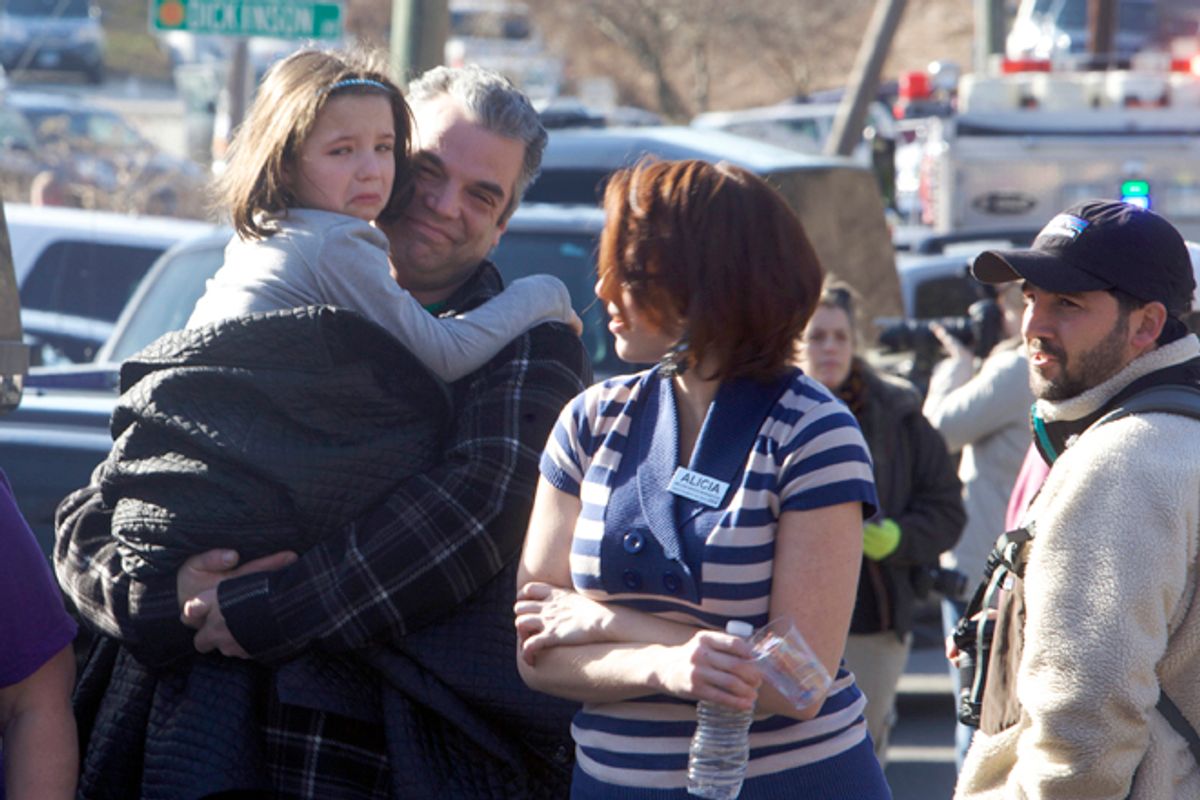 How many right-wing media voices were citing the shooting in Portland, Ore., this morning to trumpet the sanctity of gun rights and say we shouldn't even talk about gun control? How many of them were making this perverse argument at the very moment the Newtown, Conn., shooting was taking place? And how many of those voices are the same ones who, when it comes to other issues, decry "political correctness"?

The answers to these questions should be obvious: almost certainly, a lot of them. And that is a sign that for all the conservative histrionics decrying liberal "political correctness," the most powerful and most committed "p.c. police" in America are on the right -- specifically, those on the right who claim that any critical discussion of the limits of the Second Amendment must be suppressed because they insult the political ideology of conservatives.

This form of "political correctness" is so routinized that we barely recognize it as the censorship system that it truly is. And as mass shootings become a staple of American life, this system is now ubiquitous.

We saw it after the mass shooting in Aurora, Colo., when conservatives rolled out their hallowed Now Is Not the Time talking point to insist that it was inappropriate to even discuss limits to assault-style weapons and ammunition magazines. We saw it last week with the over-the-top reaction to Bob Costas daring to suggest that America have a tempered discussion about gun control in the wake of the Kansas City Chiefs murder-suicide. We see it once again here in Colorado, where Democratic Gov. John Hickenlooper is today facing withering criticism for merely floating the idea that his Legislature debate gun control in the upcoming session. And, no doubt, we will see it in the wake of the Newtown shooting, when the right will inevitably insist nobody has any right to criticize existing gun policies in America (except, of course, to criticize them as somehow too restrictive).

The message here is simple: to even raise tempered questions about gun regulations is to risk not merely being exposed to a barrage of substantively misguided pro-gun rhetoric -- but to almost guarantee that you will be told you have no inherent right to make the queries in the first place.

According to this redefinition, conservatives should be free to, for example, use dehumanizing phrases like "illegal immigrant" or "anchor baby" without fear of any criticism whatsoever, and they somehow have credibility in deriding the critics of such language as the "p.c. police." Meanwhile, if anyone tries to even start a discussion of gun control in the wake of gun violence, these very same conservative voices deploy their p.c. swat team to say that such a notion must be promptly removed from the public arena -- that, in essence, any mere conversation about gun control, much less passage of new gun control legislation, is wholly unacceptable.

What's unacceptable, of course, is this censorship-via-intimidation scheme. After all, in a democratic society, nobody has a right to have their questions go unchallenged, but everybody has the right to ask questions, no matter whom those questions offend.

Regardless of where you come down on the gun control question, that truism shouldn't be debatable -- that is, unless you are somehow so afraid of a mere conversation about gun regulations that you have joined the right's p.c. police.