It sounds like good news for Washington and Colorado on marijuana, but history suggests reformers should be wary 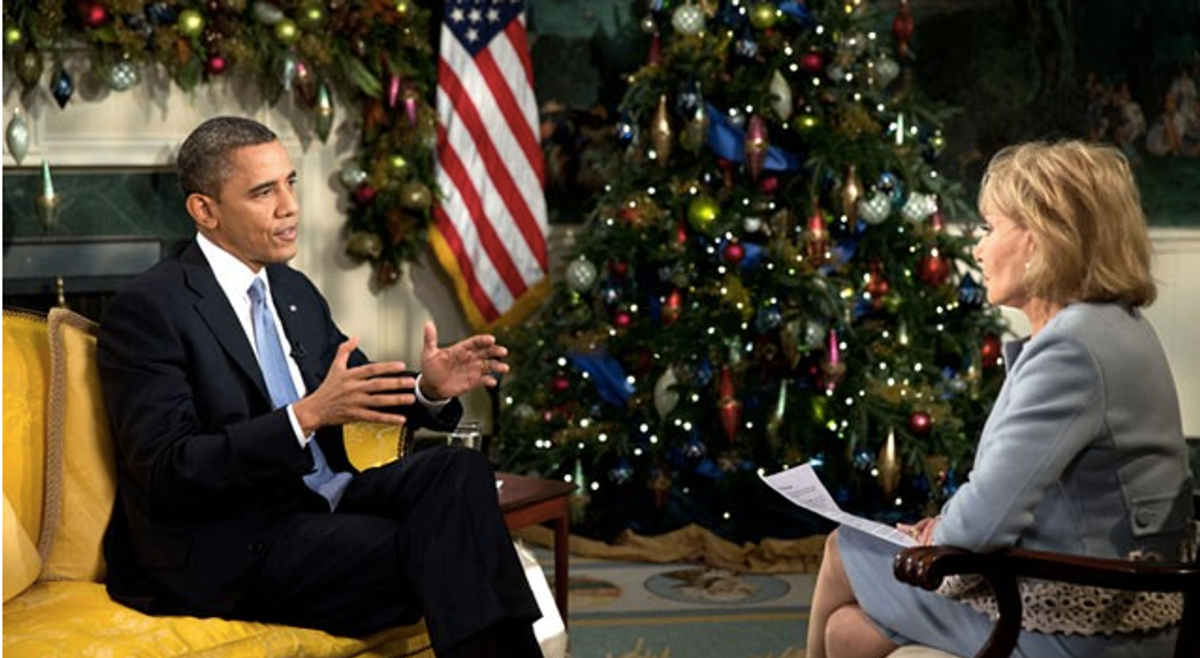 Advocates in Washington and Colorado have been waiting anxiously to see what the federal government will do about their newly-enacted marijuana legalization laws, and now we’ve finally gotten some word on it from President Obama himself. Marijuana remains illegal under federal law, so the administration could theoretically crush the states’ nascent reforms by asserting its supremacy, but in an interview with ABC’s Barbara Walters, Obama suggested that’s not what’s going to happen. "It would not make sense for us to see a top priority as going after recreational users in states that have determined that it's legal,” he said.  "We've got bigger fish to fry.

This certainly seems like good news for reform advocates as it apparently rules out the harshest possible response -- a lawsuit in federal court to trump the states' laws -- and suggests the feds will mostly leave the states be. And when asked if he personally supports legalizing the drug, Obama said he does not "at this point,” opening the door for a marriage equality-like “evolution” down the road. "This is a tough problem, because Congress has not yet changed the law. I head up the executive branch; we're supposed to be carrying out laws,” he added.

But history suggests that proponents of reform should take this all with a giant grain of salt.

The administration initially responded in much the same way to medical marijuana, but instead officials launched an unprecedented crackdown. An October, 2009 memo from Deputy Attorney General David Ogden advised federal prosecutors that they “should not focus federal resources in your States on individuals whose actions are in clear and unambiguous compliance with existing state laws providing for the medical use of marijuana.” This would not be an “efficient use of limited federal resources,” he advised.

Advocates hailed the decision, but the victory was short lived. U.S. attorneys in California and elsewhere went ahead and systematically targeted dispensaries, including some of the most well-respected ones. It’s unclear how much the attorneys coordinated with officials in Washington, but in 2011, the Justice Department officially rolled back some of the Ogden memo’s more progressive guidance.

Obama’s comments to Walters are squarely in line with the language his administration has used previously on marijuana, which leaves plenty of gray area and little reason to give Obama the benefit fo the doubt. Just because marijuana should not be a “top priority” for the feds des not mean it shouldn’t be a priority.

Still, there’s some reason to hope things are different this time around. For one, California’s medical marijuana law is notoriously poorly written, giving federal officials more room to argue that users are not in compliance with it. Activists have learned from the state’s mistakes and made subsequent laws much tighter, including those in Washington and Colorado.

Moreover, public opinion has shifted dramatically in the past few years. A whopping 64 percent of Americans say the federal government should leave Washington and Colorado alone, according to a recent Gallup poll. Several recent polls have shown support for legalizing weed at close to or exceeding 50 percent. As I noted, nipping Colorado and Washington’s laws in the bud could be a big political problem for the president. As Nate Cohn noted, libertarian-minded Republicans could win points by outflanking Obama on pot.

There’s also rumors that Obama is looking to do an about face on this issue in his second term, now that he doesn’t have to worry about reelection. His ancillary comments in the Walters interview certainly seem to hint at that.

We’ll have to wait until the Justice Department releases it's official guidance, and even then withhold judgement until we see how  federal prosecutors respond, but at least it seems Washington and Colorado to have dodged biggest bullet the federal government could send their way  (a supremacy suit) and will be on the books to fight another battle with DC.