The greatest bookseller of all time: "Shakespeare and Company owns me"

George Whitman, owner of the famous Parisian bookstore, died a year ago today. This is his last interview 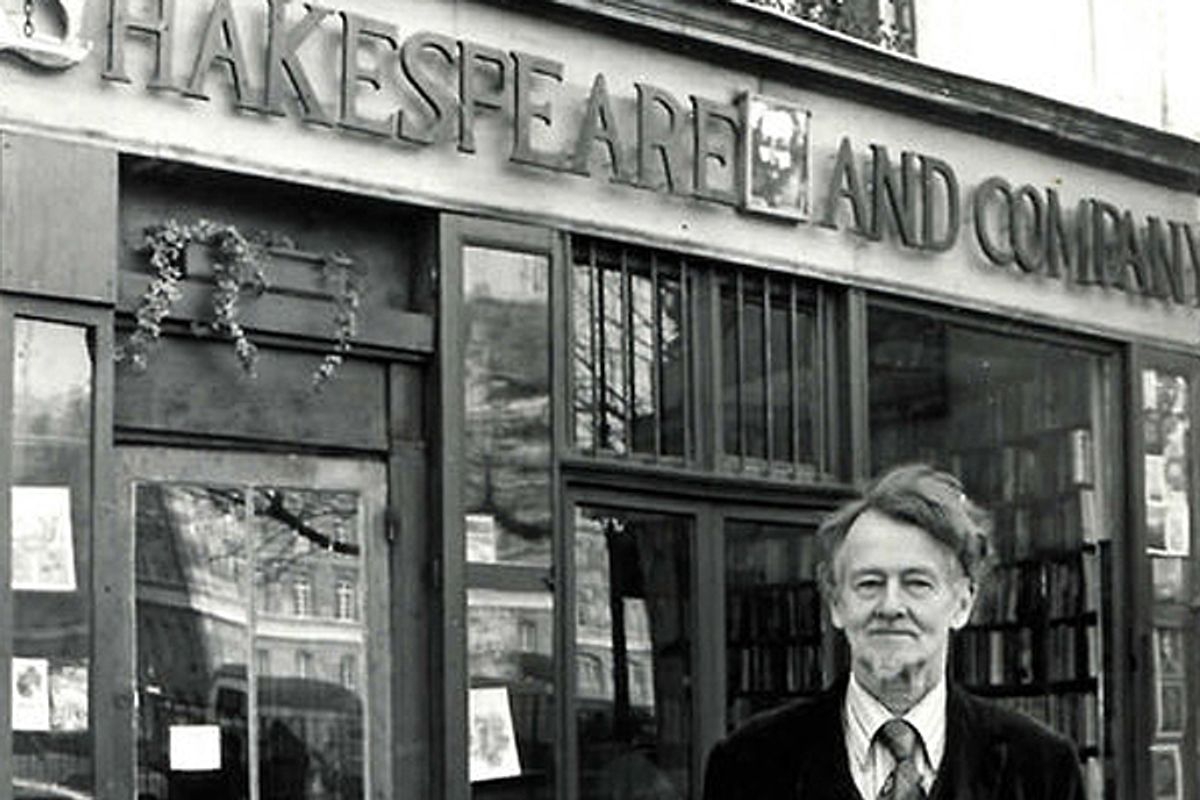 George Whitman reopened Shakespeare and Company Bookshop in Paris in the 1950s after the WWII Nazi occupation closed Sylvia Beach’s beloved store.  In the Beach era, Shakespeare and Company had been a haven for the Lost Generation, and under Whitman’s guidance, it became a hub for Beat Generation writers like William Burroughs and Allen Ginsberg. Whitman created an open-door policy for writers to sleep in his shop by night in return for their labor during store hours. He called them Tumbleweeds, and that tradition continues to this day. A few years ago, George retired, and handed over the reins to his daughter Sylvia Whitman. Last year, I took a trip to see George. He’d had a fall that morning, and Sylvia wasn’t sure if I should go up. But she checked in on him, returning with a vibrant smile, and led me up three flights of stairs and into his cozy room where George lay in bed. His bright sky-blue eyes instantly struck me — they were identical to his daughter’s — as did his sharp wit. The bookseller died a year ago today, at the age of 98. This is the last known interview with him.

George, what has it been like to own the world’s most famous bookshop?

Over the decades you’ve had thousands of young writers and travelers sleep in your shop. Why did you decide to open your doors to them?

If you didn’t have a place to stay the night, you could stay in one of my beds here. We’ve had a lot of people coming and going, my fellow hobos. I’m very loyal to them.

Tell me about your history with books.

When I was a little boy, I used to read books all the time. Even at night, my father would come in my room at 3 o’clock in the morning, put out the light and take the book away. I think there’s something magic about books. It can be a whole universe. It can be a whole world in itself. Some people can turn their imagination into a book. That’s a wonderful thing to do.

Some say that bookshops like yours may become a thing of the past. That e-books may wreck the print book industry.

What? There won’t be any more books? That’s difficult to imagine. I’m trying to picture my life without books …

George, what do you think is the biggest difference between e-books and real books?

OK, George, I kind of agree with you, but what do you mean by e-books not being real?

What do you think about the future of books?

Well … I don’t think we’d have much of a future without books. I think they’re going to be a main standby of the future. Making the future alive and happy and … I can’t really think of a world without books …

Bill Hillmann is the author of "The Old Neighborhood," forthcoming in 2014 from Curbside Splendor Publishing. His writing has appeared in the Chicago Tribune and broadcast on NPR and PRI.