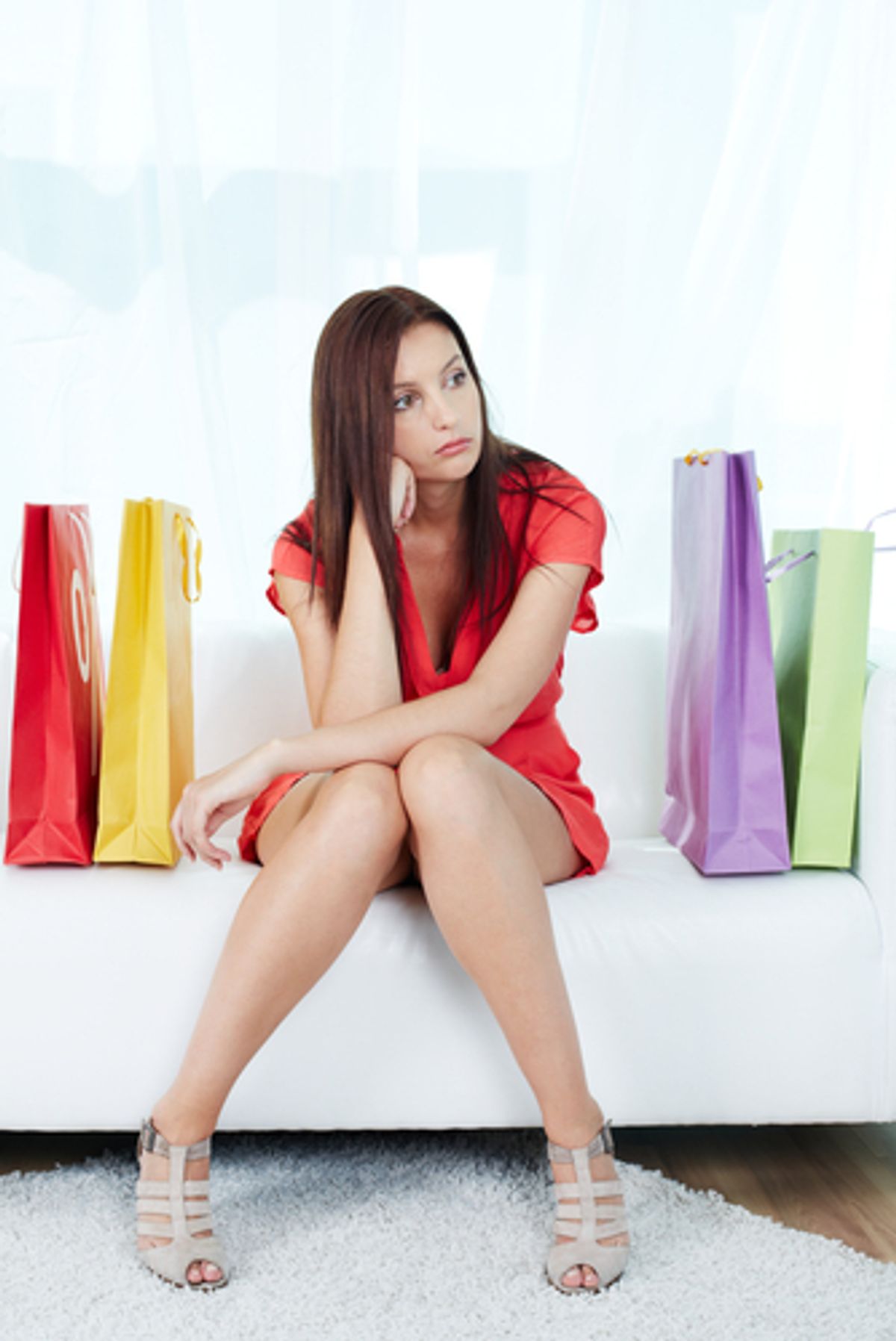 Happy holidays! Tis the season for family togetherness, holiday parties, cold weather, and for the majority of us, shopping. So this is a good time of year to take a look at why we buy what we buy, and how stores manipulate us in order to get every dollar they can out of our pockets.

Even the savviest shoppers can be tricked into buying things they don’t want or need. There’s no need to feel foolish; the retail industry spends an inordinate amount of time and money figuring out the science (yes, it is a science) of how to sell the most stuff. But it is a good idea for consumers to know what they're going into, especially around the holiday season, when stress levels are running high and stores are packed with shoppers spending money left and right.

Though far from a comprehensive list, here are six tactics retailers use to get you to part with your hard-earned dough.

1. Holiday ploys: The scents and sounds of the season.

Journalist and author Oliver Burkeman recently wrote a piece for the New York Times on retailer manipulation around the holidays. Burkeman writes that music and scent choices can have a huge effect on shoppers. Stores play the same Christmas songs over and over again, at high volume, not because anyone likes them, but because such conditions can cause “a momentary loss of self-control, thus enhancing the likelihood of impulse purchase,” according to researchers from Penn State and the National University of Singapore.

Smells are just as important. You know how grocery stores often pump the scent of fresh-baked bread through the aisles to boost shoppers’ appetite? Burkeman writes that “Like music, smells are selected to encourage spending, not to make your shopping experience more comfortable.” Even if you don’t like that fake cinnamon holiday-candle smell, it’s still effective at making shoppers feel festive and generous – and therefore spendy – because of its strong associations with the season.

2. They trick us into staying inside as long as possible.

This is another classic retail maneuver Burkeman brings up in his piece: stash the most in-demand items at opposite ends of the store. So even if a shopper just came in for milk and bread, she has to walk past thousands of other, more expensive items, increasing the likelihood that she’ll toss some of them in her basket.

Anyone who’s ever been to an IKEA has experienced an extreme implementation of this principle. Once you enter IKEA’s labyrinthine layout, time seems to stop, and you emerge hours later with hundreds of dollars worth of furniture you didn’t even come in for. It turns out the Swedish furniture stores are literally designed to be mazes to keep shoppers in the store for as long as possible and maximize the number of items people will buy on impulse.

Just as holiday songs and smells can entice shoppers to buy more gifts, the lighting of a store can boost profits year-round. This Telegraph report sums up some of the tricks retailers have figured out over the years: avoiding bulbs that change the color of the merchandise in unappealing ways and dimming the lights in the lingerie department to make it feel more discreet, for instance.

Ever wonder why fruit is near the front door of most grocery stores? According to the Telegraph, “Fruit and vegetables look healthier and fresher in natural light. In contrast, meat and fish need a clean white light, otherwise they look tired.”

“Triangular balance” sounds like some sort of architectural principle, but it’s actually a psychological tool retailers use to maximize profits.

"Triangular balance is used everywhere and it's very effective,” visual merchandising consultant Karl McKeever told the Telegraph. “It works on the idea that your eye will always go to the center of a picture. Here, they put the biggest, tallest products with the highest profit margin in the center of each shelf and arrange the other sizes around them to make it look attractive. When you look at the triangle on the shelf, your eye goes straight to the middle and the most expensive box."

Another basic trick to boost sales is to toss it on an end cap – those areas at the end of each aisle. The most profitable items are often kept there (McKeever calls them the “monthly engines of the business”), and shoppers are encouraged to pass by as many end caps as possible (see #2).

5. “Just toss everything in a pile. People like that.”

While many of these retailer tricks seem intuitive, this is a relatively weird one: Some stores create intentionally messy displays and pile crap in the aisles to boost sales.

Last year the New York Times reported that “After the recessionary years of shedding inventory and clearing store lanes for a cleaner, appealing look, retailers are reversing course and redesigning their spaces to add clutter.”

What the what? The piece explains:

As it turns out, the messier and more confusing a store looks, the better the deals it projects.

“Historically, the more a store is packed, the more people think of it as value — just as when you walk into a store and there are fewer things on the floor, you tend to think they’re expensive,” said Paco Underhill, founder and chief executive of Envirosell, who studies shopper behavior.

It’s also not unheard of for clothing stores to intentionally let tables of pants and sweaters get a little disheveled, because it makes the merchandise seem in-demand. (If other people are checking out these jeans, they must be a good deal.)

6. Analyzing our every move.

Retailers and analysts didn’t conjure up these quirks of human psychology in a dream. No, they’ve closely studied shopper behavior, treating customers “like laboratory rats,” according to USA Today.

Just as some lab rats get only a placebo, retailers typically test new strategies by giving shoppers in certain areas a promotion — or fixed-up store — while others are the control group. Growing pressure to improve profit margins means retailers' decisions must get results. People can't just buy something they wouldn't have otherwise, they need to spend more.

These analyses can be simple, like counting shoppers in a specific demographic at a specific timeframe, or they can err on the creepy side, like implementing “digital signs with cameras that can detect where people's eyes move and direct promotions to that part of the screen.” Digital signs can also “determine that the person walking through is a man, put up an image of a car or something else likely to attract his attention and then slip in an ad for a men's cologne,” according to someone who designs that technology.

“Store loyalty cards” – you know, those little doohickeys you keep on your key chain, ostensibly to save money – also help store owners figure out who is shopping and when, so they can squeeze the most money possible out of each demographic of shopper. So they may cost you more money than they save you in the long run.

Collecting data about shopper habits isn’t inherently evil; it can be used to improve customer satisfaction. But increasingly these tools are used for one purpose: to boost profits at the expense of shoppers who may not even want the sh*t they’re buying.