One million kids can't be wrong 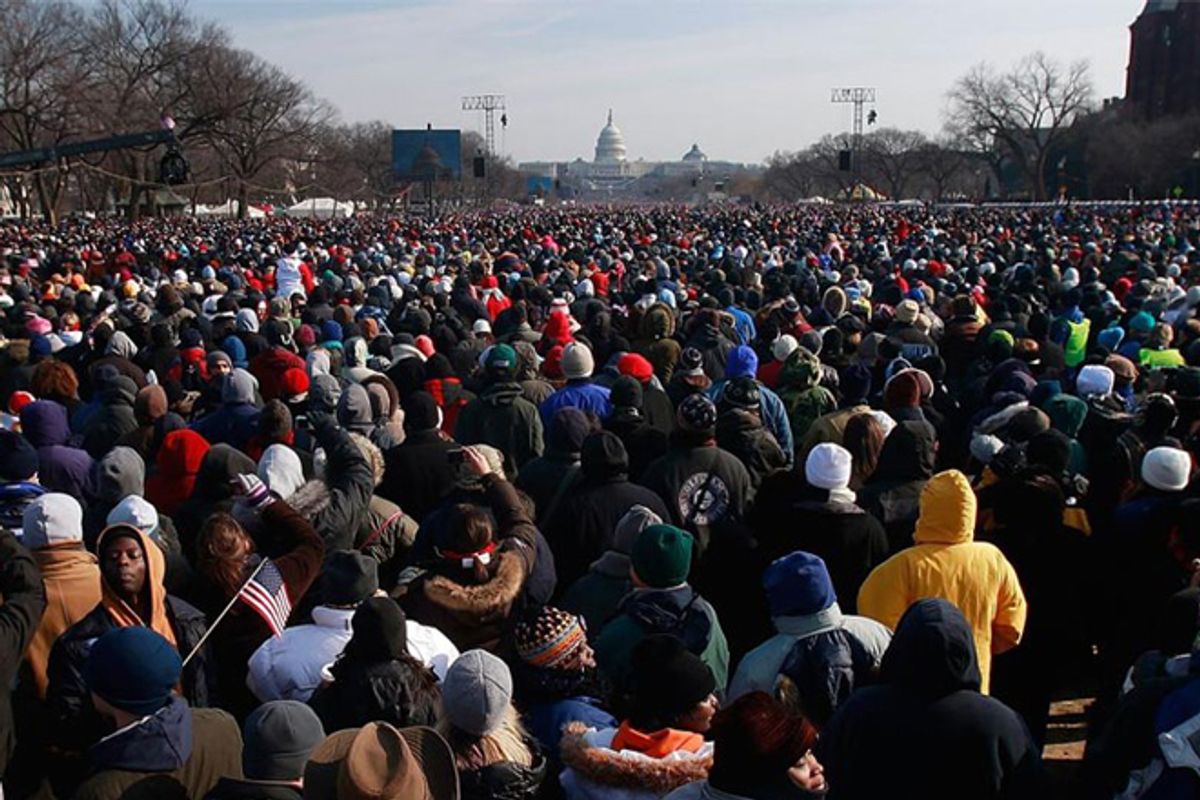 On Monday, the teachers and counselors in my children's schools – and no doubt yours as well – talked with our kids about the atrocity that happened in Newtown, Conn., on Friday morning. They held town meetings and class discussions; they answered questions and offered hope. It was a continuation of the heartbreaking conversations we parents engaged in all weekend long with our sons and daughters, as we struggled to find words to explain the most unexplainable horror. But as the initial shock and sadness of the shooting begin to subside and we move forward, we're going to choose how the tragedy will inform our lives. And we have a chance to not just console and reassure our kids, but to empower them.

Inspired by other "millions" marches of the past, a movement to hold a One Million Child march on Washington in February to lobby for "sane" gun laws has sprouted up on Facebook. It's already garnered thousands of likes and RSVPs, because as the organizer, a father of two, asks, "Who could say no to a million kids? Not even Congress." Aside from the fact that Congress has a long and storied history of flipping the bird at kids, minorities, the elderly, the disabled — you get the point – the march has the potential to become a galvanizing moment not just in the debate over guns, but in the lives of thousands of families. It's an opportunity to teach kids the power of their voices, of their hope, of their love — and to show that power to the world.

Whether it's an eighth-grader speaking out about sexism in Easy-Bake Ovens or a little boy turned eloquent advocate for same-sex unions, children now have unprecedented ability to have a say in the issues that directly affect them. And that's how they learn to be kind, compassionate, fully engaged adults.

As it happened, on Friday my daughters were deeply engaged in the business of loss. We had a funeral to attend – for the father of a boy from their support group. I had, earlier in the week, hesitated to let the girls go, unsure about exposing them to even more loss and pain after a barrage of other parents' deaths not long ago. Yet as familes sat together in that funeral home, on a day already so marked by grief, I was awestruck yet again at how gracefully children navigate through the most difficult of human experiences, if we give them the room to do so. How intuitively they find the grace within the pain, and touch each other's hearts in a way that we adults can't.

It is so, so hard to talk to our kids about sexism or homophobia or loss or violence. Our job as parents is to protect them from the worst things in the world. But the worst sometimes happens anyway. And when it does, the support and the strength that children can give each other are spectacularly unique and powerful. And while I'd much prefer to imagine a country where a million kids don't have to come together to plead against violence, in the reality in which we live, it's amazing to contemplate children standing together in a common cause. Children advocating on their own behalfs. And consoling each other through the storm.