NBC offers a preview of its dysfunctional "First Family" sitcom, which promises to be laugh-out-loud funny. One day 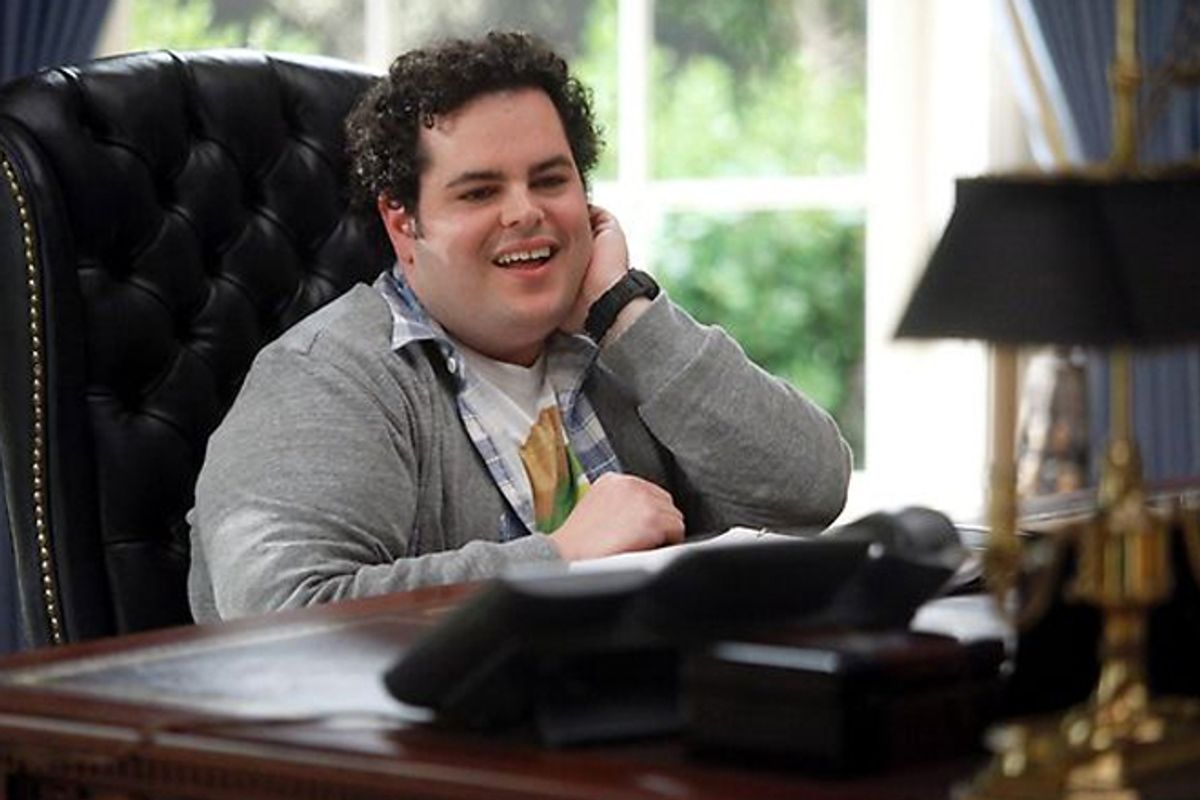 There are a lot of fictional politicians milling about the television these days. There’s Leslie Knope, State’s Attorney Peter Florrick, President Fitzgerald Grant, and Vice Presidents Selina Meyer and William Walden. Until recently, Kelsey Grammar was the mayor of Chicago on “Boss” and Sigourney Weaver was a version of Hillary Clinton on “Political Animals.” There are various Defense and State Department officials on “Last Resort,” a mayoral race in “Nashville,” and soon there will be all of Capitol Hill in Netflix’s forthcoming “House of Cards.” As of last night there are also the Gilchrists, America’s first family and the stars of “1600 Penn,” a new sitcom that sneak-previewed on NBC and will begin airing regularly in January.

The Gilchrists consist of President Dale Gilchrist, played by Bill Pullman as an older and scratchier-voiced version of the president he was in “Independence Day.” He has a second wife, Emily (Jenna Elfman), who has somehow been married to him long enough to have helped him get elected, but not long enough to make his four children comfortable with her. There are two little ones,  Marigold and Xander, who appear as if  they came straight off a Brooklyn playground, and the more problematic older ones, Becca, an uptight, accidentally pregnant perfectionist, and Skip, the series' comic relief and bumbling heart, played by “Book of Mormon’s” Josh Gad (who also helped create the series) as a well-meaning, sunny screw-up, constantly walking the unbearable-or-is-it-adorable fine line.

“1600 Penn” is ostensibly a comedy (I laughed at some of Gad’s pratfalls; he gets on a couch like a large sea creature, all roll, no limbs), but it has those early-days-of-a-sitcom symptoms, where one recognizes a situation on-screen as amusing, but has no corresponding impulse to laugh. On last night’s episode when Gad babbled, improv-style, at the camera while attempting to record a fire safety video, I could foresee the future possibility of giggling at his high-energy doofus shtick — but I’ll have to get to know him a little better. As for the other characters, one episode in, they are basically all playing straight man to Skip (though the two female leads had one angry outburst each).

As a comedy on a major network, it’s no real shock that “1600 Penn” is far more concerned with interpersonal dynamics than with politics. (Obama speechwriter Jon Lovett also helped create the show with Gad and “Modern Family” writer Jason Winer.) The Gilchrists aren’t overtly red or blue, though Emily’s warm acceptance of Marigold’s confession that she has a crush on another girl suggests a particular leaning (maybe the “Christ” in their surname is meant to balance things out). For the purposes of a family comedy, one can see the appeal of family gatherings in the Oval Office — it works just as well as a living room, but the settings are more dramatic.

What is interesting is that “1600 Penn” is not alone in taking on the trappings of the political world to inject a little frisson, without exactly taking politics seriously: “Scandal,” a deep melodrama, has people screwing on the Oval Office desk, but not a lot of connection to reality (which is part of what is delicious about it). “Veep’s” an “Office”-style mockumentary that could be sending up almost any bureaucratic organization. Even “Homeland” has curtailed some of its more political and ideological insights to become a love story. For a certain segment of the population — including the one that writes TV scripts — Barack Obama's presidency may have made the White House appealing again, exactly pleasant enough to set a TV show in, but not much more.