How to survive the end of the world

Worried about Dec. 21? Head over to the Turkish town of Sirince, where "positive energies" will keep you safe 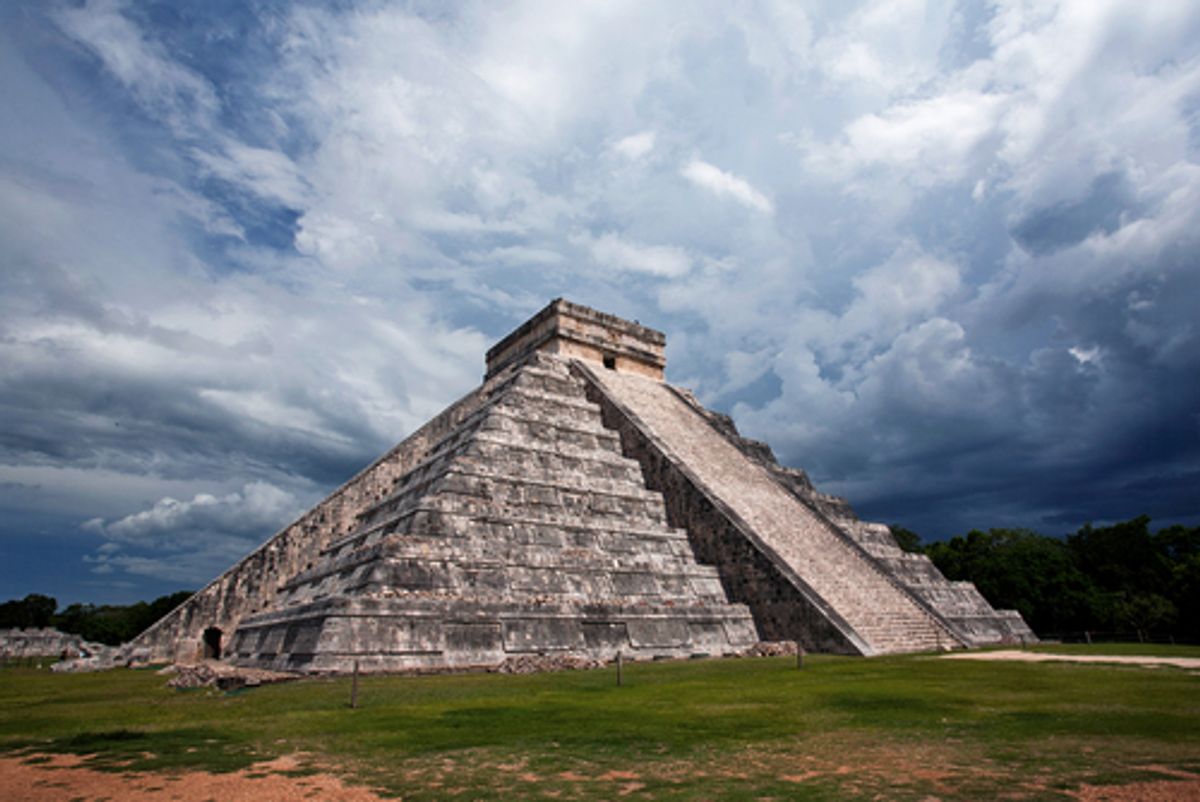 SIRINCE, Turkey — For most of us, if you believe the doomsday theory, the world will end on Dec. 21.

The whole world, that is, except two small, seemingly random villages. Since some believe they possess high levels of “positive energy,” Sirince in Turkey and Bugarach in France will be spared the Armageddon.

For Sirince, a town of just 650 people, such beliefs are good for business.

“It’s a big event for Sirince. We could make it a tradition,” said a cheerful Ahmet Kocak, the owner of a boutique hotel here, as he sat on the hotel terrace overlooking the village’s historic Greek cottages.

For the first time ever in the history of his hotel, all of his rooms were booked eight months ahead of time — all by Americans.

As Kocak took phone calls asking for availability, he said one American offered “any price” for a room on the 21st. He would refer the inquires to others, but all the hotels in the village are fully booked.

Ayhan Boyaci, the region’s governor, said he expects up to 15,000 visitors. The Turkish media believes there could be as many as 50,000. “They’re all welcome. Sirince is a charming place,” the governor said.

Believers think the world will cease on Dec. 21 because that’s when the Mayan long-count calendar, which spans more than 5,000 years, ends. As end of the world theories go, the Mayan theory is among the most prevalent. The rumors are so strong that NASA felt the need to debunk the predictions in a video. “The whole thing was a misconception from the beginning,” it said.

The idea that Sirince and Bugarach are safe from Armageddon stems from an organization called the Blue Energy Group. The collection of believers says the two villages are the site of “positive energy” that can protect from whatever is to come.

Ali Gulumser, a seller in a local silver shop, said whatever the reason, he’s glad they are coming.

“The Blue Energy Group says there is a positive energy coming to the world and you can get it here,” he said. “We also believe you can get energy here, but because of the fresh air.”

New age groups like Blue Energy have been coming to Sirince since the 1980s.

Grace Sears, a Canadian spiritual teacher, lived in Sirince from 2006 to 2010. She now lives in the more modern Turkish city of Bodrum. Sears said Sirince and Bugarach, which she also visited, do have special energies.

“Some people moved to Sirince because of this whole story of the energy, but I don’t know how it got so condensed into this dramatic thing for Dec. 21,” she laughs.

A friend advised Sears to stay near her bed and keep an extra flash light battery and water nearby just in case. But she won’t pay heed to it.

“I don’t think anything major is going to happen,” she said. “A cycle is not going to end on one day. A cycle will fade out over time and the energy of a new cycle will take stronger hold.”

Whatever happens on Dec. 21, some locals here are finding every way they can to cash in.

Tanju Tiftikai, 52, has prepared a special wine bottle called “Judgment Day.” He smiles as he gets one from behind the counter. The label shows a human being with wings ascending in a blue light. The dry red wine is 20 Turkish liras ($11), 5 liras more than the average.

Kemal Gurbuz, 34, said the restaurant where he sells his wine has prepared a special menu for Dec. 21. “I don’t believe in it. In this village nobody believes in it, but it’s good for the income.”

The governor said his administration would keep a close eye on the prices to see that hotel and restaurant owners don’t overcharge. Sevan Nisanyan, another hotel owner who fled to Berlin to avoid the doomsday madness but will return just before the 21st, said his guests stay for free on the auspicious night.

Nisanyan also planned a party for the occasion, but after thousands of people said they wanted to attend, he canceled it. “I became very scared because logistically we cannot handle so many people,” he said.

Gulumser said that he wasn’t comforted that his little village is the safest place to be on Dec. 21.

“People say: ‘You’re so lucky, when Armageddon comes you’ll survive!’ Then I ask: I’m going to be happy when everybody dies and I stay alive?”