Four days after Sandy Hook, Interscope drops the debut album of Chief Keef, who police say may be linked to murder 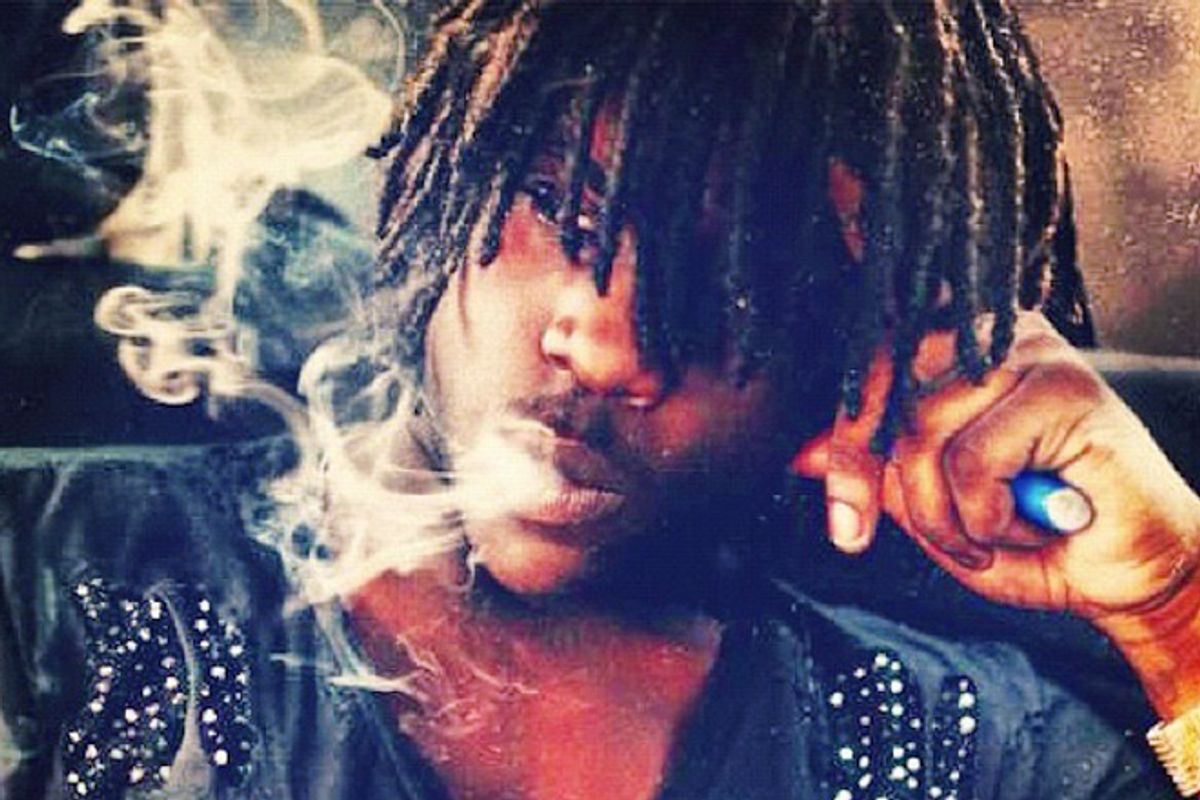 Chief Keef, the biggest new star in Chicago hip-hop, releases his major-label debut, "Finally Rich," from Interscope on Tuesday, and the attention he’s received since early last year — over 20 millions views of his music on YouTube, major features on tastemaker sites like Pitchfork, an appearance this past summer at Lollapalooza and the endorsement of heavy hitters like Rick Ross and 50 Cent — suggests a positioning for household name status by this time next year.

Jettisoning to the national stage on a reported $3 million contract would be a dream come true for any other 17-year-old from Englewood, Chicago’s most impoverished neighborhood on the South Side, but for Keef, whose real name is Keith Cozart, the path to fame is complicated: Ordered to live in his grandmother’s house under house arrest earlier this year for pointing a firearm at a Chicago police officer, he is facing court charges for violating probation and is under investigation for his possible link to the shooting death of a fellow rapper on Chicago’s emerging “Drill music” scene.

The saga is intertwined with a homicide crisis in Chicago, which has the worst murder rate in the nation for a city of its size. Since the early summer, Chicago has been racking up hundreds of murders the police largely blame on an explosion of gang factions — neighborhood splinter groups that may identify with the heritage of the older gangs by borrowing elements of their name more as a brand but aren’t bounded by their rules.

The result is a shift from historic feuding between monolithic crime organizations controlling thousands of members each to intrapersonal squabbling and retaliatory conflicts among smaller hybrid groups whose control extends just a few blocks. The result has been chaos: By the first week of December, there were 477 homicides in Chicago, already topping the 2011 total of 433. By comparison, year-end homicide counts reached 436 in 2010 and 436 in 2009.

The toughened reality of living in these neighborhoods is what shaped Drill music, a slang term for retaliation and a new style of hip-hop that represents a turning away from Chicago’s socially conscious wave represented by Kanye West, Common, Lupe Fiasco, the Cool Kids and others to a darker, more hard-core sound, recognized by sinister keyboards, brittle beats and voyeuristic tales involving girls, Kush smoking, but primarily violence.

“The way they deliver their lyrics is a different style than the way everyone is used to,” Chicago’s DJ Reese told BET recently. “It promotes violence to a certain degree, but that’s all they have to talk about right now. Until they get that out of their system, they’re not going to have anything else to talk about.”

Mostly comprising teenagers, this up-and-coming crew stuck to promoting and delivering their music through Twitter, Instagram and YouTube. Throughout this year, the majority of Chicago rappers signing major-label deals were discovered through homemade videos and mix tapes. In a few short months, the spin cycle of bedroom to international stardom resulted in major-label deals for Keef (Interscope), Lil Durk (Def Jam), King Louie (Sony/Epic), Lil Reese (Def Jam), producer Young Chop (Warner/Chappell) as well as attention for other on-the-rise locals such as Katie Got Bandz, Fredo Santana, Sasha Go Hard, Tadoe among others, most of whom were subsequently hyped through photo spreads and features on a handful of online sites: the Fader, Fake Shore Drive, Stereogum and Pitchfork.

Instant fame and wealth has its downside, particularly for artists who are still living in the streets they are immortalizing online. Chicago police investigators say that many of the teenagers involved in Drill are involved with gangs and that the early September murder of Joseph Coleman, 18, a rapper known as Lil Jojo, was actually a retaliatory gang shooting possibly involving Keef, who had previously mocked Coleman in YouTube videos and responded to his death through a celebratory tweet: “It’s sad cus … Jojo wanted to be just like us #LMAO.”

According to the Chicago Tribune, police say Coleman was a member of the Brick Squad, a faction of the Gangster Disciples, while Keef is a member of the 300 Squad, a faction of the Black Disciples. Both rappers had been engaged in an ongoing feud, largely played out in online videos. The police are also trying to link Coleman’s death with two others they believe are connected to the link between both gang factions.

Even before the incident, Keef was serving 18 months of probation for pointing a gun at Chicago police officers last year. A juvenile court judge is expected to rule later this month whether he violated its terms when Cook County prosecutors say he appeared in a Pitchfork video this summer holding a rifle at a New York City gun range and smoking what looked to be a blunt. Pitchfork later released a statement saying the video was “insensitive and irresponsible” and removed the video from its site.

Besides Keef, rapper Lil Reese is also under fire following the release of an online video to multiple hip-hop sites in late October that show him severely beating an unidentified woman at a party. Via his Twitter account, Reese, 19, whose real name is Tavares Taylor, authenticated the video and apologized but said it was shot “years ago.” Police say they are not investigating the video because they do not know the identity of the woman.

While the police may investigate the connections some Chicago rappers may have with certain gang factions, Lance Williams, a professor of inner city studies at Northeastern Illinois University in Chicago, says the surrounding violence is not the result of gang activity, but of fame, which attracts an entourage of slightly older males, some of whom may be gang affiliated and are hungry to elevate their status by exploiting rap beefs that have long been part of hip-hop culture.

“So it creates that kind of tension, but it has nothing to do with gang-banging whatsoever. It looks like it from the outside. But for them, the only way to make it out of the hood is to become part of (Keef’s) entourage,” he says.

Drill is “bigger than participating in a gang,” Williams says, because it’s targeting disenfranchised youth and giving them identity that serves them well as their world crumbles around them: joblessness, a failing education system, broken households, pervasive crime, drug and alcohol abuse, and the destruction of public housing.

“The music is attractive psychologically because you have no power, you’re living in a world where you’re like dust, people move you around and they do what they want to do to you,” he says. “Music makes you feel you have power. It’s only through the music where you get your dignity and manhood.”

Williams blames record companies for commodifying ghetto life, which he says makes younger kids believe that violence is inevitable on their streets. “It reshapes the culture of the community,” he says. “These kids are tricked into believing that this is the way it should be, that this is a normal way to think. But Chief Keef is not rapping about what is going on in the neighborhood. There is an element of that, but a very small percentage. But the industry doesn’t want to hear anything else but that.”

Chicago rapper Rhymefest, a Grammy winner and frequent collaborator with Kanye West who is currently working with him on his upcoming album, says that all the attention on Drill takes away from the more innovative Chicago hip-hop artists, who are more musically creative and uplifting, like Chance The Rapper and B.J. The Chicago Kid.

“Nobody is giving them attention because no one shooting at somebody or because they don’t have video brandishing guns,” he says.

Rhymefest, 35, whose real name is Che Smith, describes the Drill scene rappers as “bombs” who are “not picked for their talent or creativity” but are “picked for who they are conditioned to do: destroy.”

“It’s very unfortunate that we are fueling (Drill artists) by giving the ignorant attention. At the end of the day, it’s not about Chief Keef, it’s not about Lil Reese, this is about a community being exploited,” he says.