"The Iranian Americans": Fleeing one kind of persecution for another 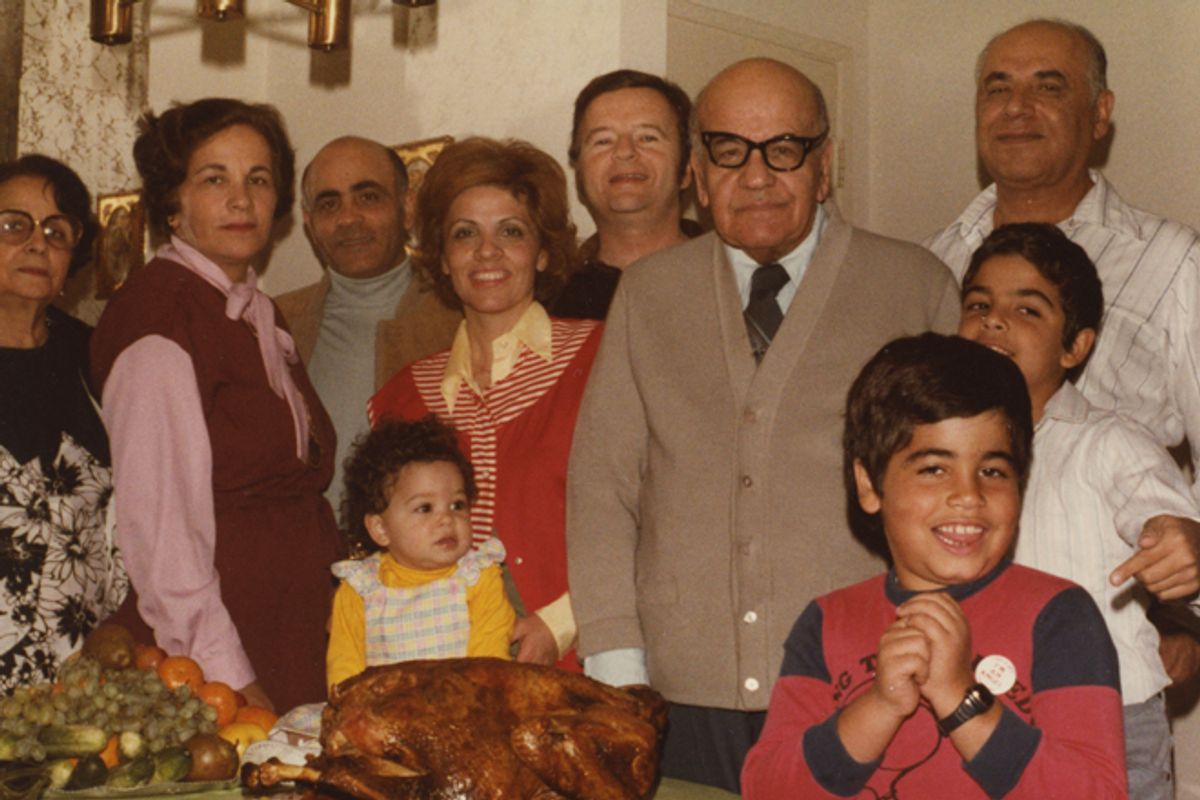 A still from "The Iranian Americans"
--

Between Mahmoud Ahmadinejad, Bravo's reality show "The Shahs of Sunset,"" and the lingering suspicions of a nuclear program, Iranians living in America may be in need of some good P.R. right about now.

So a few of the tens of thousands of Iranians who moved to America in the late 1970s pitched in to help finance the sunny new documentary "The Iranian Americans" premiering tonight on PBS. The value of such self-financed cultural puff pieces is questionable. It may make its community swell with pride, but its unflagging self-promotion may make it seem unreliable to outsiders.

Director Andrew Goldberg has some experience in this area, with such similar PBS documentaries as “The Jewish People: A Story of Survival” and “The Armenian Genocide: A Story of Survival.” “The Iranian Americans” switches between recollections of various Iranian-American success stories, from a two-time mayor of Beverly Hills to a vice-chair of Citicorp.

Still, aside from insights that could describe any number of close-knit ethnic groups – They love their big extended families! They love to eat! They want to hold on to their culture by keeping its language alive! – there are insights about Iranian-Americans that emerge almost between the lines.

Mostly, the successful and well-adjusted interview subjects reflect both the growing Westernism and the multiplicity of beliefs that reflected the modern Iran before the Islamist Revolution. They were attracted to America through everything from fashions in the Sears catalog to pop culture icons. Former U.S. Assistant Secretary of State Goli Ameri obsessed over her Barbie doll. Beverly Hills Mayor Jamshid “Jimmy” Delshad was a fan of Tarzan. The comic Max Jobrani was a consumer of Superman. Many of them came to the U.S. originally for higher education, but stayed after the ouster of the Shah, whom Jimmy Carter described as his closest friend and ally.

Iranians who could afford it clamored for a plane to the U.S., taking only a suitcase; hoping to return home once the Ayatollah Khomeini was not a factor. When that didn’t happen, they found a way to become part of their newfound country, at first by downplaying who they were.

“They thought I was Spanish,” Haleh Farmanara, a special ed teacher, says of her Texas neighbors. She changed her first name to Holly because “people just weren’t getting it.”

As American hatred for Iran grew during the hostage crisis, transplants took to calling themselves Persians, which Mehdi Bozorgmehr, a professor of sociology at the City University of New York, says speaks of “the grandeur of Persian civilization, and Persian rugs and Persian pistachios.” To present a full picture, Goldberg might have incorporated or at least addressed the glitzy self-styled Persians from “Shahs of Sunset.”

With its tight dresses and big mustaches, “Shahs of Sunset” has been doing its own job depicting the lives of successful Iranian-Americans in L.A. — but in the same battling and boozing, garish excess as any number of “Real Housewives.” It all seems quite different from the family albums and home video that make up a lot of “The Iranian Americans.” Which is more accurate?

Often, all a cultural group needs is one figure to emerge as role model and representative to bring understanding to a wider audience. Among Iranian-Americans, it might be Firouz Naderi, who helped lead the team that launched the Mars rovers. To help close the film, he shares the outpouring of thousands of positive emails he received from around the world when he got his NASA post.

“I want to come to NASA and fly the shuttle,” an 11th-grader from Iran declares. “You make me believe I can do anything.”

“With so much misinformation in the U.S. about who the Iranian people are, you have set an example that shows who we really are,” another writes. “Today I walk with my head held high.”

And that’s just the kind of feeling the film is meant to engender.

Iran Pbs The Iranian Americans The Shahs Of Sunset