The Second Amendment's not to blame. It's how it's being interpreted by the Supreme Court 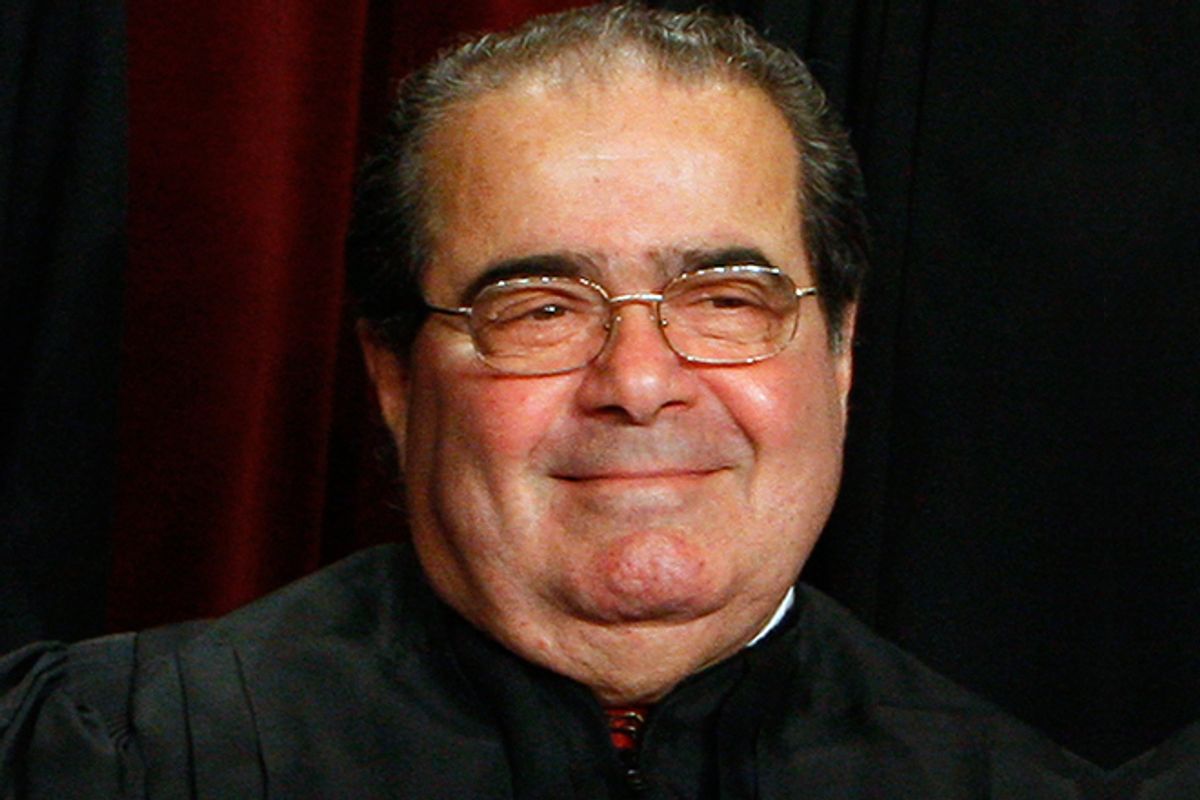 The horrific mass killing of elementary schoolchildren in Newtown, Connecticut has served as another reminded that the United States is an unusually violent country. And the evidence is overwhelming that lax regulations of private firearms plays a major role in this unnecessarily high rate of violent death. And yet, it is very unlikely that any federal legislation will be passed in response to the Newtown killings, let alone regulations comparable to those in other liberal democracies. To many progressives, the reason for this is clear: the Second Amendment to the Constitution, which must be repealed for any real progress to gun control to take place. But to blame the Second Amendment for terrible American gun control policies is highly misleading. The Bill of Rights is not the primary political barrier to better gun control policies, and in any political universe in which repealing the Second Amendment was even thinkable such a repeal would be superfluous.

To understand the relative marginality of the Second Amendment, it is first of all important to distinguish between the Second Amendment and "the Second Amendment as it has been interpreted by a bare majority of the Supreme Court since 2008." The text of the amendment does not explicitly bar any regulation of firearms. The famously enigmatic language of the amendment resists any determinate interpretation. The Amendment does state that "the right of the people to keep and bear Arms, shall not be infringed"—implying, in isolation, an individual right to posses firearms. This is the interpretation that prevailed 5-4 in D.C. v. Heller. But this language is preceded by describing a purpose ("A well regulated Militia, being necessary to the security of a free State") that implies a collective right, or a right belonging to state governments. Before 2008, the sparse Supreme Court precedent in the area favored the latter interpretation, which does not foreclose even outright bans on the private possession of firearms as long as states are able to maintain militias. If Al Gore had won the electoral college as well as the popular vote in 2000, this interpretation of the amendment probably would have prevailed—and it could easily prevail again in a country in which there was a stronger commitment to regulate firearms. The interpretation of the Second Amendment endorsed by the Supreme Court in D.C. v. Heller was a political construction advanced by a powerful political movement, not a purely technical legal argument. Such constructions are always subject to revision as the personnel on the Court changes.

Moreover, it should also be remembered that Heller was a much narrower opinion than is commonly understood. Heller does foreclose an outright ban on handguns, but such bans were relatively rare at the local level (where, in a country with free movememnt between state borders, they are also less effective) and would be a non-starter at the federal level even had Heller come out the other way. But Justice Scalia's opinion made it clear that the individual right to bear arms defined by the Court was far from absolute. "[N]othing in our opinion," Justice Scalia wrote, "should be taken to cast doubt on longstanding prohibitions on the possession of firearms by felons and the mentally ill, or laws forbidding the carrying of firearms in sensitive places such as schools and government buildings, or laws imposing conditions and qualifications on the commercial sale of arms." The only right clearly established by Heller was the right for a competent, law-abiding adult to possesses some kind of handgun for "immediate self-defense" in one's own residence. And yet, many states and the federal government have done much less to regulate firearms than Heller at least arguably permits. This should make it clear that political support for gun rights, not the Supreme Court or the text of the Second Amendment per se, are the primary barriers better gun control regulations.

The fact that the Second Amendment itself is not the key barrier to reducing gun deaths in the United States, however, does not mean that the Constitution is irrelevant. The institutional structures established by the Constitution make it far more difficult to pass gun control regulations comparable to other countries, just as they make it far more difficult to pass health-care legislation comparable to other liberal democracies. The high number of veto points required to pass legislation in Congress (and in 49 of the 50 state legislatures) means that even the gun control measures that have the support of popular majorities will have a hard time being expressed in legislation opposed by powerful minorities. And at the federal level—where gun control would be the most effective—the malapportionment of the Senate makes for an even tougher lift. The dense urban areas where the private possession of firearms is the most dangerous and has the least practical application are grossly underrepresented, making surmounting the veto points even more difficult.

All of this makes the short-term prospects for better gun control laws at the federal level bleak. But, as the Prospect's Jamelle Bouie says, this is no reason to give up. The majority coalition assembled twice by Barack Obama is much more hospitable to gun control than the coalitions assembled by Bill Clinton, and as the country becomes more urbanized this trend is likely to continue. And while it would be enormously difficult to pass the kind of stringent gun control that has been so effective in countries like Australia, even policies that save lives at the margin are very much worth doing if they don't carry the political costs they once did. Progressives should abandon fantasies of repealing the Second Amendment and focus on what can be done within its loose confines, which is a great deal more. There's no reason to accept conservative interpretations of the Second Amendment.