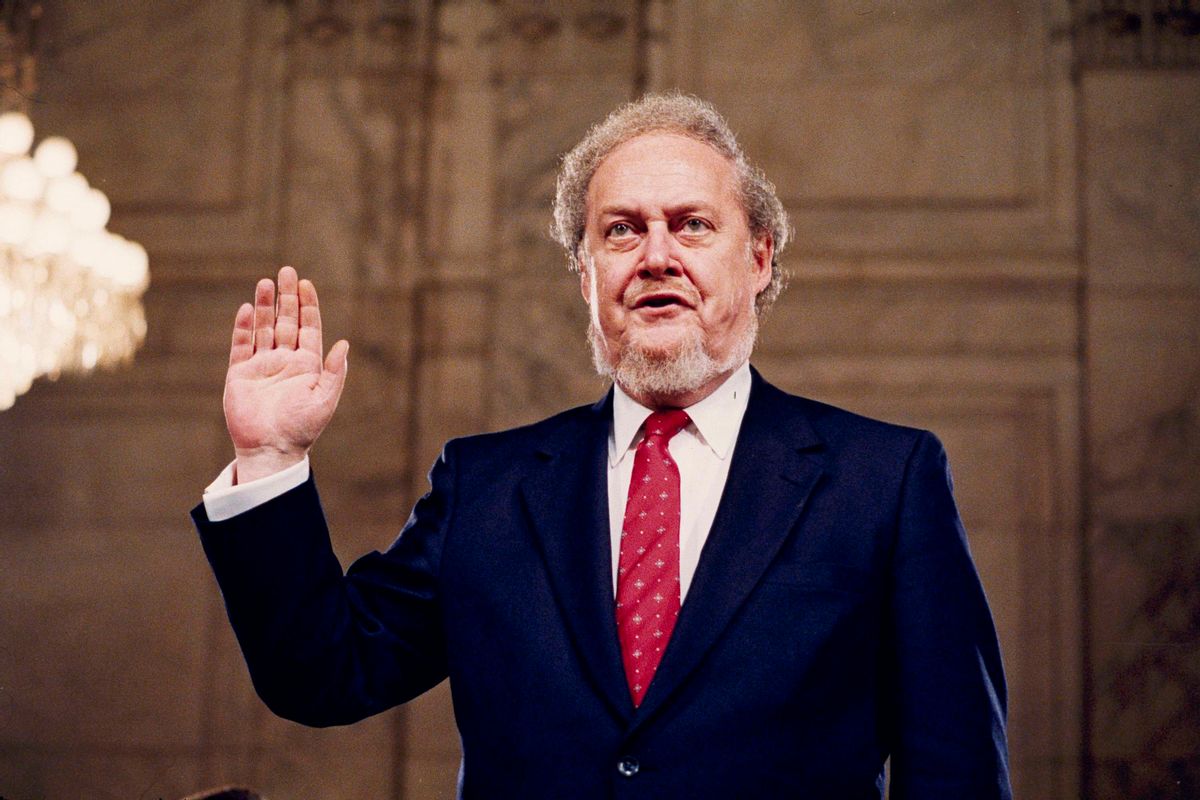 ARLINGTON, Va. (AP) — Robert H. Bork, who stepped in to fire the Watergate prosecutor at Richard Nixon's behest and whose failed 1980s nomination to the Supreme Court helped draw the modern boundaries of cultural fights over abortion, civil rights and other issues, has died. He was 85.

Son Robert H. Bork Jr. confirmed the death Wednesday. His father had a long career in politics and the law that took him from respected academic to a totem of conservative grievance.

Bork was accused of being a partisan hatchet man for Nixon when he fired Watergate special prosecutor Archibald Cox in the Saturday Night Massacre of 1973.

Bork's drubbing during the 1987 Senate nomination hearings made him a hero to the right and a rallying cry for younger conservatives.