The progressive case for the chained CPI

Since we may have to swallow them, here's the best argument possible for switching to a "chained CPI" 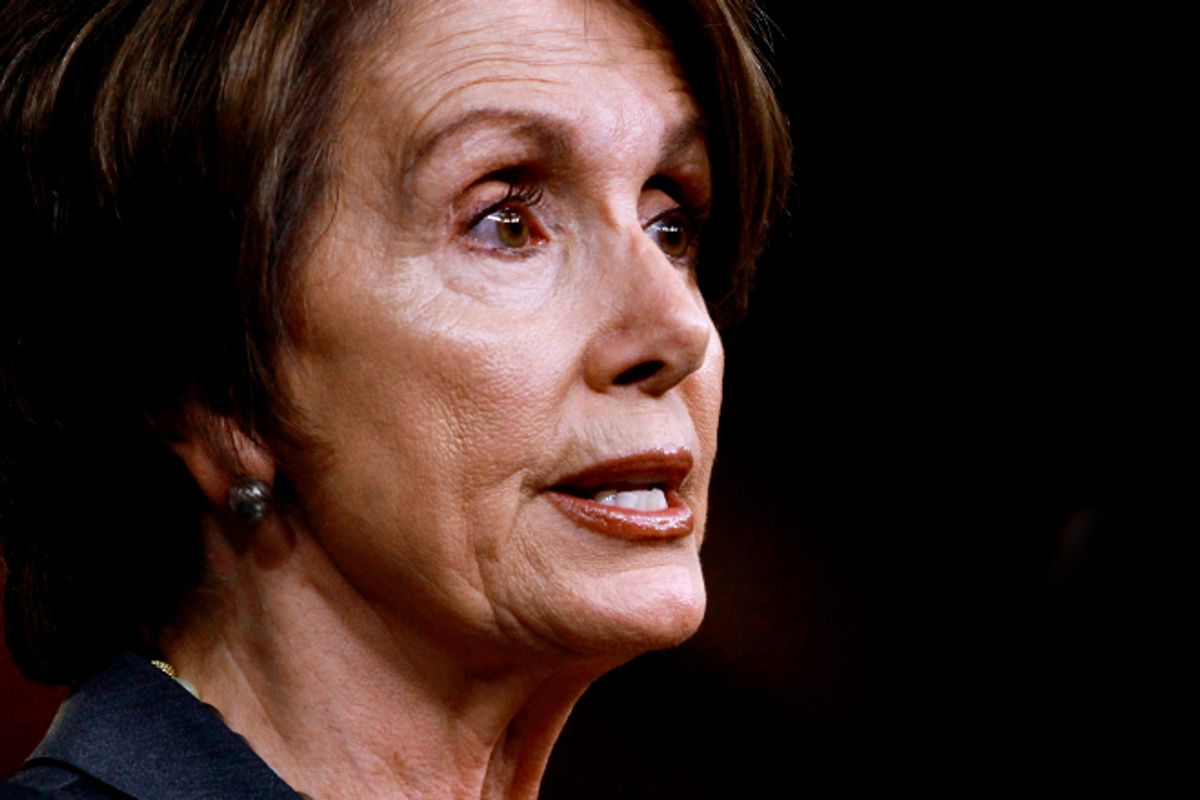 Liberals are going to have to decide if they’ll stick with the president if the plan he floated this week to cut Social Security benefits by switching to the so-called chained CPI becomes a reality, and it’s not an easy choice. Progressive pressure groups and lawmakers are furious with Obama for proposing the cuts, as I noted yesterday, but House Democratic Leader Nancy Pelosi said she’s confident that her caucus would ultimately support the plan if the president asks them too.

The case against moving to the chained CPI is easy to make: It represents a real cut to seniors’ Social Security benefits, which has so far been a non-starter. Even advocates of the switch acknowledge this. But since we may have to swallow it, it’s worth laying out the best progressive argument possible in favor of the chained CPI. We're not saying it's right, but it's a case that should be made.

And the argument does exist. The Center for Budget and Policy Priorities, one of most well-respected liberal think tanks on policy analysis, has endorsed the change. As has the Center for American Progress, Washington’s most powerful liberal think tank, which recommended the chained CPI in its comprehensive Social Security reform plan.

The key question is this: Do you believe Obama can get a deal without cutting anything from social safety entitlement programs, or is he going to have to do something? If you fall in the former camp, then the chained CPI is dead on arrival. But, if you think we’re going to have to cut entitlements at some point, then the chained CPI is probably the least bad option of a menu of bad possibilities, including raising the Medicare retirement age, which is the most likely alternative and would be far more harmful.

On its own, the chained CPI is unquestionably bad, but as part of a deal to raise taxes, extend unemployment benefits and do the other good things Obama wants to do, and if it includes major mitigating tweaks, it can be made almost palatable.

First of all, it’s important to note that the CPI formula doesn’t affect just Social Security. Rather, it appears in hundreds of different places on both the revenue and spending side of government. Almost every government retirement, disability and income-support program pays annual cost of living adjustments that are linked to the CPI. On the tax side, dozens of elements, from the standard deduction to limits on contributions to 401K plans to the earned income and child tax credits, are adjusted every year based on the CPI.

The whole point of the CPI is make sure benefits keep pace with inflation on the one hand, and to ensure that people are paying enough taxes as inflation changes on the other hand. So while the chained CPI cuts benefits, it also raises revenues in a way that’s palatable to Republicans. The change is estimated to save about $220 billion over 10 years, $72 billion of which would come from increased tax revenue.

Liberals rightly note that this substitution effect isn’t really true for the very poor and very old, who spend a disproportionate amount of their income on non-substitutable goods like healthcare and housing. That’s why the only acceptable way to shift to the chained CPI is to include exemptions for some of the most vulnerable groups.

There are two major changes necessary. First, add a bump in benefits to the very old, who are more likely to have high healthcare bills and to have exhausted their savings that supplemented their Social Security income. Second, exempt Supplemental Security Income, which serves the poorest, disabled and blind but still often leaves people below the poverty line. SSI benefits should actually be increased, but that would require a different effort, so it should at the minimum be exempted from the CPI change.

Obama has indicated that he will demand these changes. The Simpson-Bowles and Rivlin-Domenici deficit reduction plans, which both included a move to the chained CPI, also included similar caveats. Nancy Pelosi said the changes would be included in a final deal: "The details of this are not all ironed out, but they all mitigate for helping the poorest and neediest in our society, whether they're Supplemental Security Income recipients, whether they're 80 and older or whether they're truly needy in-between.”

With the changes, CBPP says, “we believe that the chained CPI is a reasonable component of a comprehensive package to put the budget on a sustainable course.”

But wait, aren’t there more progressive ways to change Social Security? Yes, but.

Dylan Matthews yesterday laid out three alternative ways to cut the plan that are far progressive in the economic sense and appealing to progressives in the political sense. Two of the plans are different ways to reduce benefits for the wealthy, while the third option would be to raise or eliminate the tax cap, which prevents any income over about $110,000 from being taxed. These plans would all save far more money than the chained CPI, and do it all by hurting only the rich, unlike the CPI change. Great, right?

There are two major political problems with either approach. The first is in the short term: Republicans will never support raising or eliminating the tax cap as it would be a huge tax increase. Even Democrats would have trouble embracing it, since it would mean raising taxes on people who make under $250,000 a year, whose taxes they’ve promised not to hike.

The second problem is in the long term. Social Security was designed to be not a welfare program but a social insurance program. You get out what you paid into it over many years of working, with only marginal changes to redistribute income downward. Making it a welfare program would undermine the programs long-term political strength.

This was a cornerstone of FDR’s vision for the plan. He had to defend the plan from attacks from the populist left, which called for more aggressive redistribution from general taxation. Some means testing may be possible without transforming the perception of the program into a welfare plan, but it’s a potentially dangerous precedent.

Perhaps the best argument against the chained CPI is that even if it is a more accurate measure of inflation, Congress should not cut benefits because it would be almost impossible to restore or raise them (which is probably what actually needs to happen) through a change in the benefit structure. This would require an enormous congressional fight and Republicans would almost surely kill it, so the current CPI should be preserved, the thinking goes. This is convincing. The only plausible response is a good government argument that the CPI should be used to calculate inflation, not monkey with benefits in a backdoor way.

To Paul Krugman, the plan put forward by Obama is barely acceptable, and anything more would be unacceptable, but he’s not convinced the chained CPI is an outright deal killer.

Since the chained CPI may become a reality, liberals should at least begin thinking critically about it, even if just to decide once again that it is unacceptable.