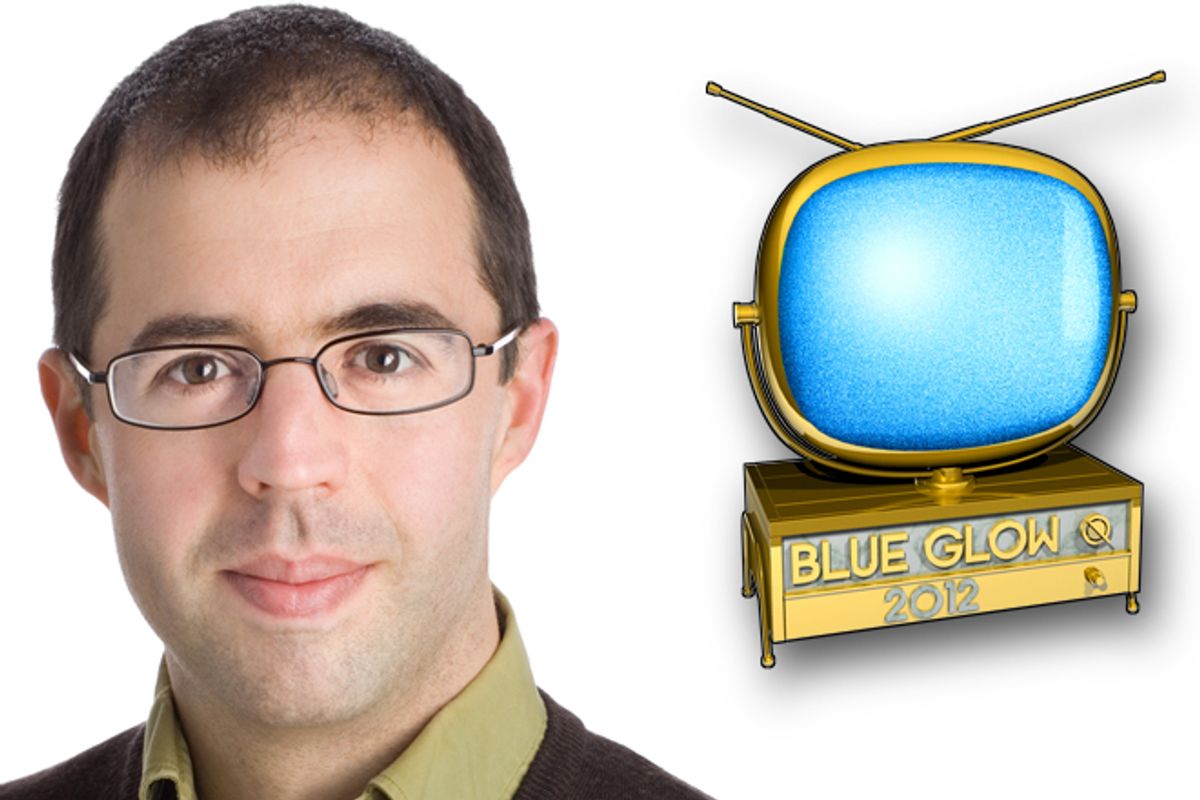 James Poniewozik is the TV critic at Time magazine. He was Salon's media critic, and was editor of the media section, from 1997 to 1999.

1. What was the show of the year? It was No. 6 on my list, because of an uneven first season, but the show that will play on my mental highlight reel as defining 2012 will be "Girls." Great TV is about voice above all, and not only does Lena Dunham have it to spare, she found a way to translate it into a brutally funny, messy, moving treatment of a comedy antiheroine.

2. What was the best scene? Can I have more than one? Drama category: Carrie's devastating, intimate interrogation of Brody in "Homeland's" "Q&A." And comedy division: Leslie Knope and her campaign staff mincing across the skating rink at her campaign event in "Parks and Recreation's" "The Comeback Kid." Gloria Estefan's "Get on Your Feet" will make me laugh on command the rest of my life.

3. Best performance of the year? Parker Posey as Liz in Louie's "Daddy's Girlfriend" two-parter. She captured a kind of energy I rarely see on TV shows, making Liz's determined optimism both life-affirming and terrifying.

4. What was the funniest joke or line? It's not really a joke or a line, but the funniest conceit was "30 Rock's" "Leap Day." The idea that Liz lived her whole life ignorant of a major holiday. Jim Carrey is Leap Dave Williams. Kenneth dancing on a table and throwing candy to a weeping Lutz. Rhubarb! Gills!

5. Which series best evoked life in 2012? There may be no intentional connection, but it's striking how many cable reality shows now are either about people going to extreme lengths to afford stuff ("Extreme Couponing") or being smothered under all the stuff they've acquired ("Hoarders"). Somewhere in there is the key to the entire American economy.

6. And personality of the year goes to …  I didn't vote for the guy, but there was something fascinating about the unfolding revelation, or lack thereof, of Mitt Romney. He came as an enigma and left as one, but he tried on so many public personae in between: the enthusiastic nerd ("The trees are the right height") and the enthusiastic fighter (the debates); Ned Flanders (his convention-intro video) and Mr. Burns (the 47 percent video). I didn't sympathize with his platform, but there's something inherently sympathetic about a guy spending six years courting an entire country and failing. If someone were to make a reality show about his transition right now from potential national leader to future trivia question, I would watch that all day.

James Poniewozik is a Time magazine columnist on TV and media.