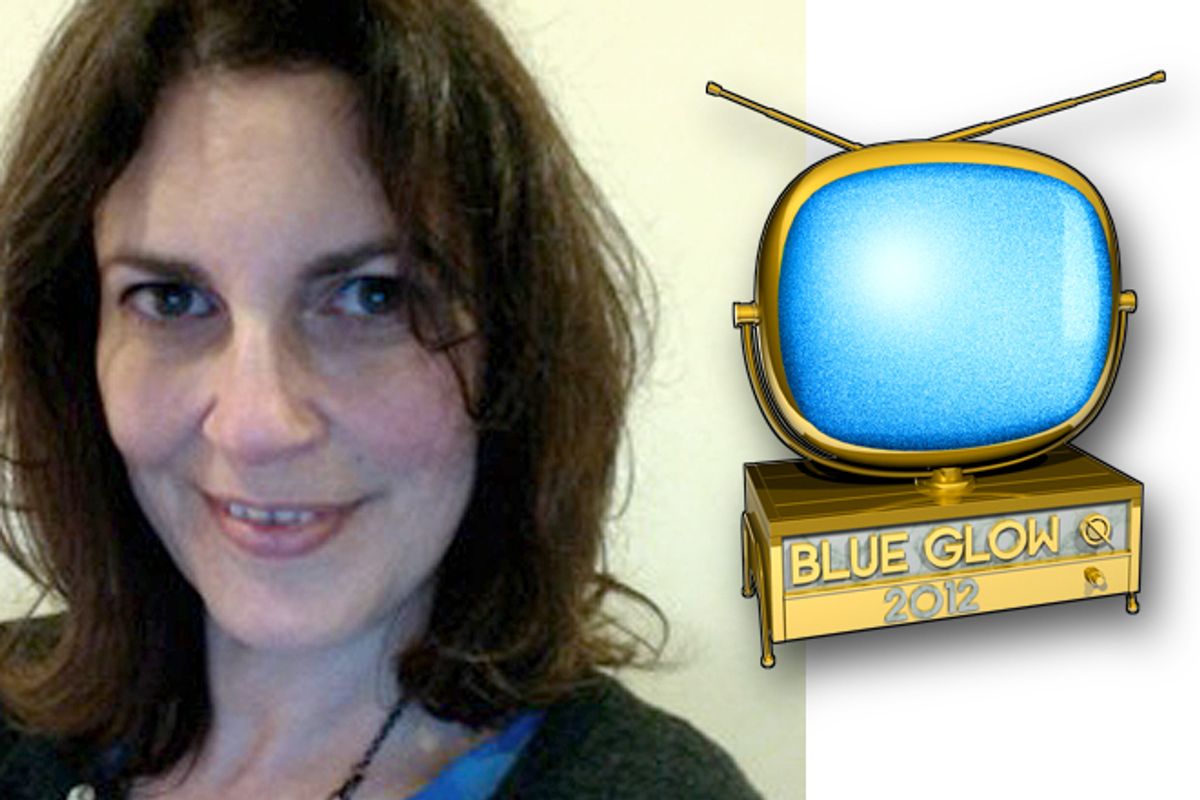 Joyce Millman is a founder and the first TV critic of Salon. Her column, titled "Blue Glow," lends its name to these awards. She blogs about music (and baseball) at the Mix Tape.

1. What was the show of the year? "Mad Men" continued to deliver the TV equivalent of the Great American Novel in a brilliantly written season portraying the cultural and social upheaval of the mid-'60s through the characters' increasingly poignant choices and increasingly complex inner lives.

2. What was the best scene? The haunting, witty ending of the "Mad Men" season finale. Don, disillusioned with the role of faithful husband, kisses his young wife goodbye on the soundstage where she's shooting a "Beauty and the Beast"-themed commercial, then walks out of the fairy tale -- literally -- and into a bar, eyeing a willing blonde and slipping back into the sleek skin of Don Draper, Super Stud. The background music: Nancy Sinatra singing the James Bond theme song, "You Only Live Twice."

3. Best performance of the year?  Fearless Claire Danes, cry-face and all, as damaged, zealous Carrie Mathison in "Homeland."

4. What was the funniest joke or line? "Saturday Night Live" host Louis C.K.'s perfectly crafted film parody crossing his dramedy "Louie" with Spielberg's "Lincoln";  I'm still laughing about that opening shot of Louie/Lincoln in stovepipe hat and beard trudging up the stairs of the West 4th Street subway station.

5. Which series best evoked life in 2012?  The World Series. On one side, the Tigers of Detroit, battered home of that presidential campaign political football, the auto industry bailout. On the other, the San Francisco Giants, whose coalition of white, black, Latino, Asian, straight, gay, old, young, male and Gamer Babe fans rooting together in perfect baseball harmony looked an awful lot like the coalition of voters that handed the GOP its ass on Election Day.

6. And personality of the year goes to … Rachel Maddow, truth-teller extraordinaire.