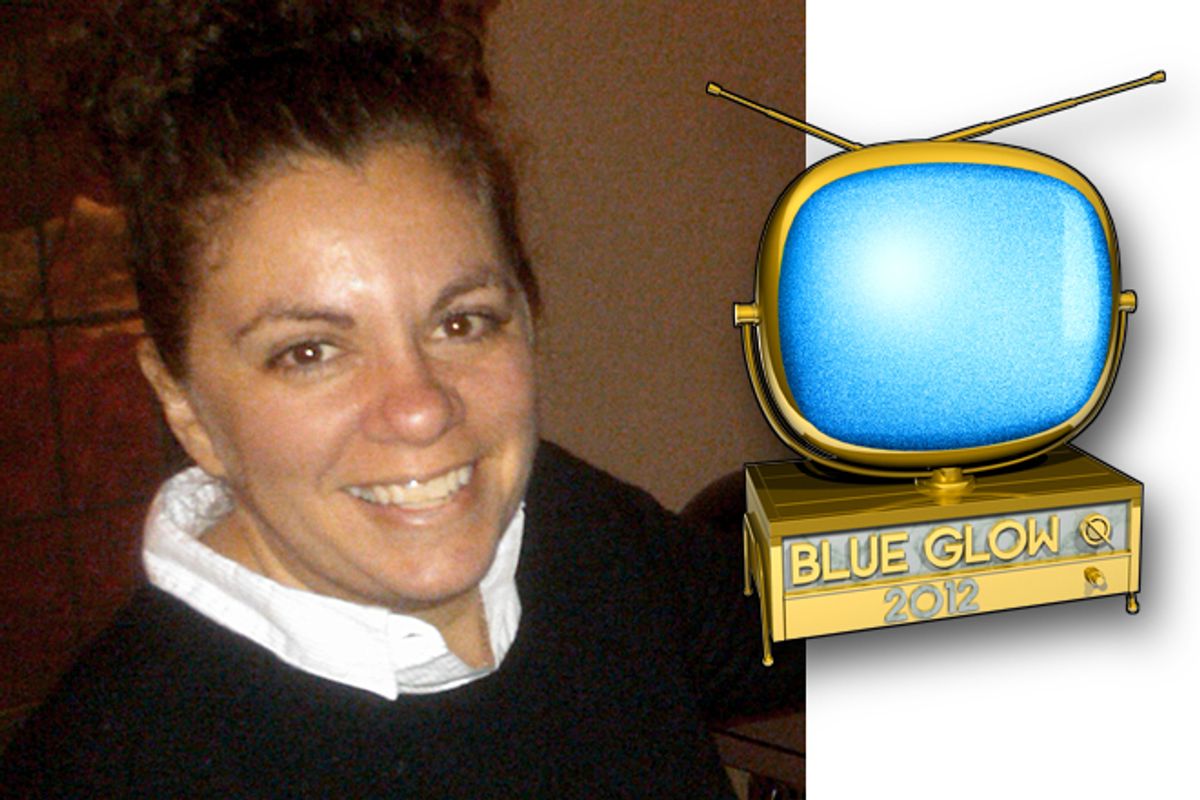 Kate says about her top 5: "The weird thing about my five favorites is that there are nine of them. In no order":

Special Categories:
1. What was the show of the year? This category is the only one I’m having a problem with; I love all my shows, including ones that would have made the list if you’d asked for my Top 50, for different reasons! I’m going to pick "Mad Men" because I was so impressed and moved by Season 5, and thought that Jon Hamm, Elisabeth Moss, Christina Hendricks, John Slattery, Vincent Kartheiser and Jessica Paré did incredible things.

2. What was the best scene? "The Game of Thrones" episode “Blackwater,” which pitted Tyrion (Peter Dinklage) and the Lannisters against Stannis Baratheon (Stephen Dillane), is not precisely up my alley; I don’t care much about a big battle, unless it’s waged by Housewives? But as an episode of television – I’m counting the “scene” in question to be the long battle scene, which is much of the episode – it raised the stakes for every other show on television. Raised them to an unreachable level, at least for the near future. It was written by "Game of Thrones’" daddy, the "A Song of Ice and Fire" novelist, George R.R. Martin, and directed by film director Neil Marshall. Just amazing.

3. Best performance of the year? There are so many. So, so many. I’m going to be random about it and say that I didn’t think there was an actor alive who could speak the machine-gun-clever words of Amy Sherman-Palladino as well as Lauren Graham on "Gilmore Girls." And then Sutton Foster came along in "Bunheads." It’s a tie!

4. What was the funniest joke or line? I kept this fight between Sheree and Marlo from "The Real Housewives of Atlanta" on my TiVo for months. I showed it to friends, strangers, cats. Oh my God.


5. Which series best evoked life in 2012? I always learn the most about contemporary life – which, to me, is currently all about the economy – from the Real Housewives.  All of the different versions of the franchise. But special thanks to Teresa Giudice of New Jersey for demonstrating the denial a single human can live with!

6. And personality of the year goes to … I liked how much of Michelle Obama we saw this year, culminating in her convention speech. It made me excited to learn someday what she really thinks about her White House experience.