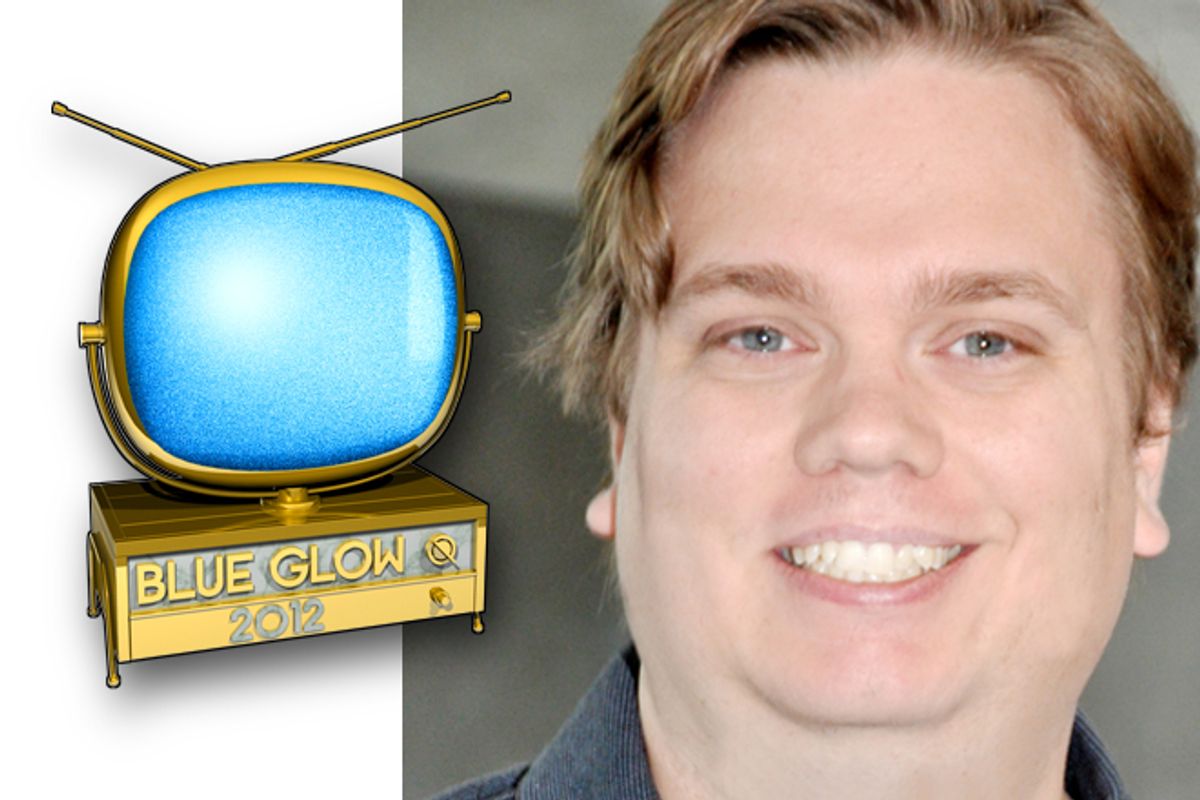 Emily VanDerWerff is the TV critic at the AV Club.

Emily's top 5 ("I hope you know how awful this is to submit without having seen whether the "Homeland" finale saves/tanks that show's whole season."):

1. What was the show of the year? "Mad Men." The series of episodes in the middle of the season may be the best stretch of television in a long, long while and certainly since the glory days when HBO had "The Sopranos," "The Wire" and "Deadwood" all on the air.

2. What was the best scene? Carrie and Brody face down across the interrogation table in "Homeland's" "Q&A." It's rare to have two actors playing at this high a level on TV, but "Homeland's" endlessly watchable, intensely problematic, wildly entertaining second season wouldn't have worked without Claire Danes and Damian Lewis, and this scene shows why. (And "Homeland" even has one in the chamber with Mandy Patinkin. It's an embarrassment of riches, even when it's embarrassing.)

3. Best performance of the year? There's a lot of great acting on TV, but I think I'm going to go with Monica Potter on "Parenthood," who's taking what should be a horribly clichéd arc for a character who can be hard to like, giving that character cancer, and making it heartbreakingly real.

4. What was the funniest joke or line? I think any time "New Girl" lets Jake Johnson rant at somebody, it's hilarious, but the show's funniest joke ended up not even being delivered by him, as Lamorne Morris' Winston reads the zombie novel written by Johnson's character, Nick, aloud.

5. Which series best evoked life in 2012? I've been hard on "30 Rock" in the past, particularly in its listless fourth season, but it's had a wonderful comeback year, and part of that has stemmed from having its finger firmly on the pulse of who we are right now.

6. And the personality of the year goes to … As long as this category exists, I'm probably going to pick Craig Ferguson, who does the only late-night show I watch at all consistently.