A Code Pink protester was forced out of Friday's press conference 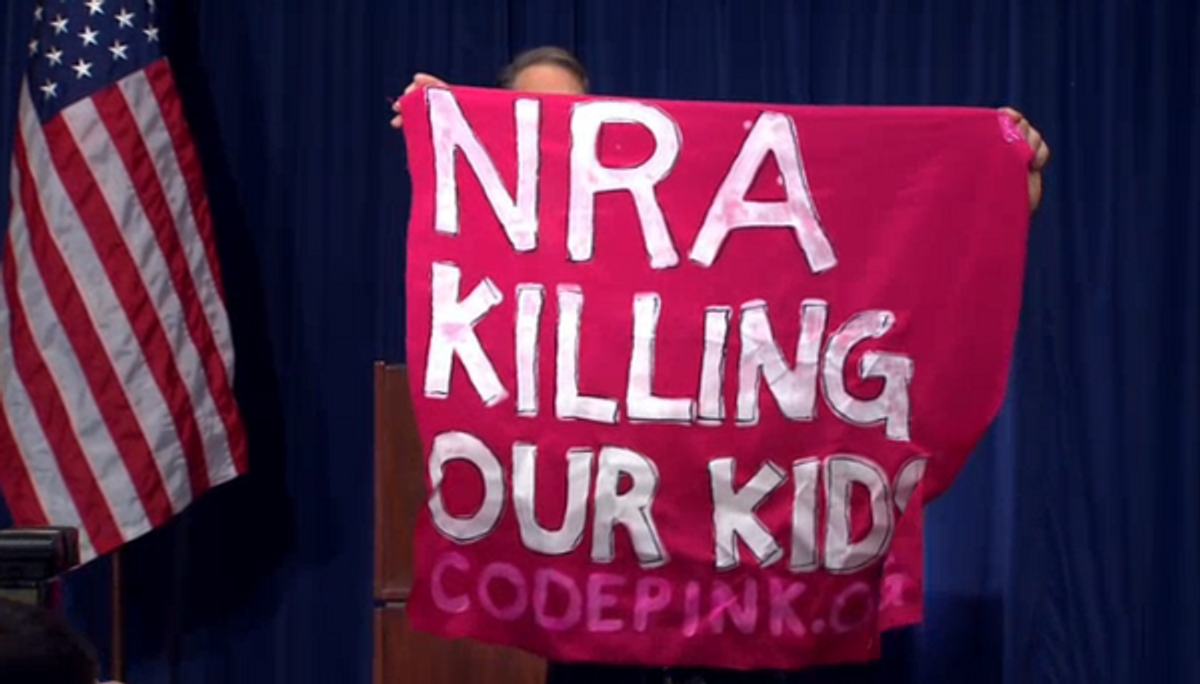 Hacktivist organization Anonynous tweeted the above photo of a protester's sign that reads, "NRA Killing Our Kids."  The protester was "forced out" after yelling at NRA Executive Vice President Wayne LaPierre, who spoke this morning at a press conference in the wake of the Newtown, Conn. shooting. LaPierre argued that "The only thing that stops a bad guy with a gun is a good guy with a gun," and is calling to arm schools in America with police.