How not to stop a massacre

In the real world, we can't stop massacres without limiting gun access 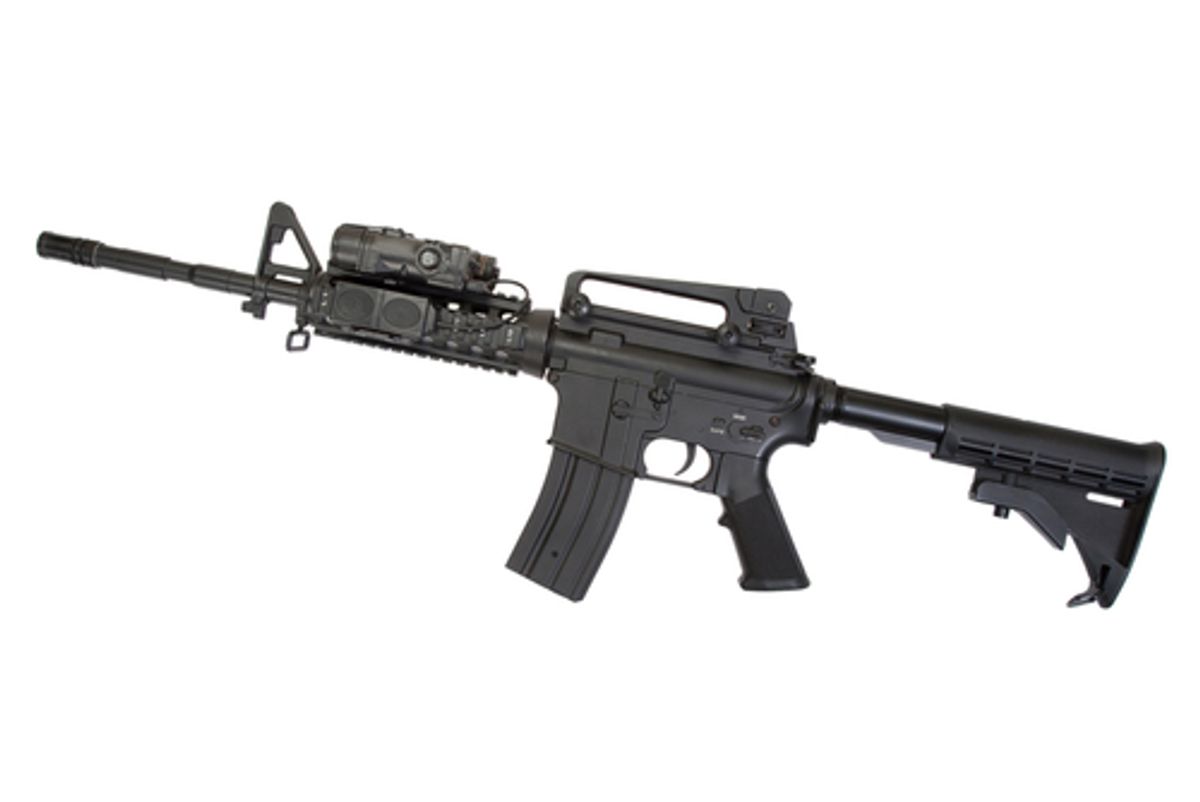 Since the Newtown massacre, conservatives have expressed a great deal of concern about mental health. A cynic might say the average Republican congressman would rather spew platitudes about mental health, or the media culture (or virtually anything else) than talk about guns. Nonetheless, mental health's emergence as a national issue is potentially a welcome development.

Monsters shall always be with us, but in earlier days they did not roam free. As a psychiatrist in Massachusetts in the 1970s, I committed people — often right out of the emergency room — as a danger to themselves or to others. I never did so lightly, but I labored under none of the crushing bureaucratic and legal constraints that make involuntary commitment infinitely more difficult today.

Why do you think we have so many homeless? Destitution? Poverty has declined since the 1950s. The majority of those sleeping on grates are mentally ill. In the name of civil liberties, we let them die with their rights on.

A tiny percentage of the mentally ill become mass killers. Just about everyone around Tucson shooter Jared Loughner sensed he was mentally ill and dangerous. But in effect, he had to kill before he could be put away — and (forcibly) treated.

Random mass killings were three times more common in the 2000s than in the 1980s, when gun laws were actually weaker. Yet a 2011 University of California at Berkeley study found that states with strong civil-commitment laws have about a one-third lower homicide rate.

The debate about involuntary commitment is a small corner of the mental health debate, and it doesn’t fit comfortably into the left/right boxes of our current politics. Still Krauthammer tries to squeeze it in by discussing institutionalization solely in terms of personal liberty. If he really wanted to be "serious" he would have mentioned that better mental health policies, whether that means institutionalizing people or treatment for the far greater number of less impaired patients, will cost taxpayers money. As far as I can tell, the appetite among national Republicans to raise taxes for mental health programs is zero.

Despite what the NRA's Wayne LaPierre said on “Meet the Press” this morning, mental health cannot be detached from gun access if future mass shootings are going to be prevented . Fred Grimm’s column in today’s Miami Herald illustrates this with a powerful story:

He was an Iraq War veteran, 26, suffering from crippling effects of post-traumatic stress disorder. His relatives were convinced that with his ever-deepening delusions and with the frightful armory he kept in his West Miami-Dade home, the vet was on the verge of something terrible.

They contacted the right official and a crisis intervention team and swat team was dispatched to this man’s house:

Miami-Dade police negotiator Victor Milian, a vet himself, spent more than five hours talking down someone beset by apocalyptic paranoia, obsessed by some notion that President Obama’s reelection was tied to that Mayan calendar end-of-the-world craziness. Milian — Liefman described his work that day in heroic terms — finally convinced the besieged man to surrender. He was taken to one of the county’s mental crisis stabilization units.

It was what police found inside the house that shook Liefman. The vet had covered his walls with strange paintings and apocalyptic slogans, “all must die,” and “the world is ending,” and numbers and dates, Liefman said, that “all run together.” The vet taped shooting range targets, black silhouettes with human shapes, on his walls. Liefman said it was clear, from the tight clusters of bullet holes, that the former soldier was a very good shot.

[Judge Steve] Liefman [“architect of the county’s mental health intervention project]
said the siege-obsessed man, wearing full-body armor, had arrayed 10 assault rifles through the house, as if he had intended to scurry from window to window, repelling invaders. Liefman said police found thousands, perhaps as many as 10,000 rounds of ammo. Relatives had also warned Liefman’s staffers that they had seen grenades, though police found none when they searched the house on Monday.

As of now, however, this is a health measure not a criminal case. The veteran is in a temporary crisis aversion setting. Florida, Grimm adds, spends less per capita on mental health than any other state. And this story isn't over:

All those assault rifles were legally purchased. The vet even had a state-issued permit to carry a concealed firearm.

Because he has never been charged with a crime and because he has never officially been pronounced mentally ill, he had a perfect right to turn his house into an armory. And unless he agrees to a hospital commitment, Liefman worried, the vet may walk out of the crisis stabilization unit after his mandatory seven days and demand that police return his weapons.

The judge is not even sure that the state officials, under these murky circumstances, can pull his concealed weapons permit.