"A gun is a tool. The problem is the criminal," the NRA chief says in a combative appearance on "Meet the Press" 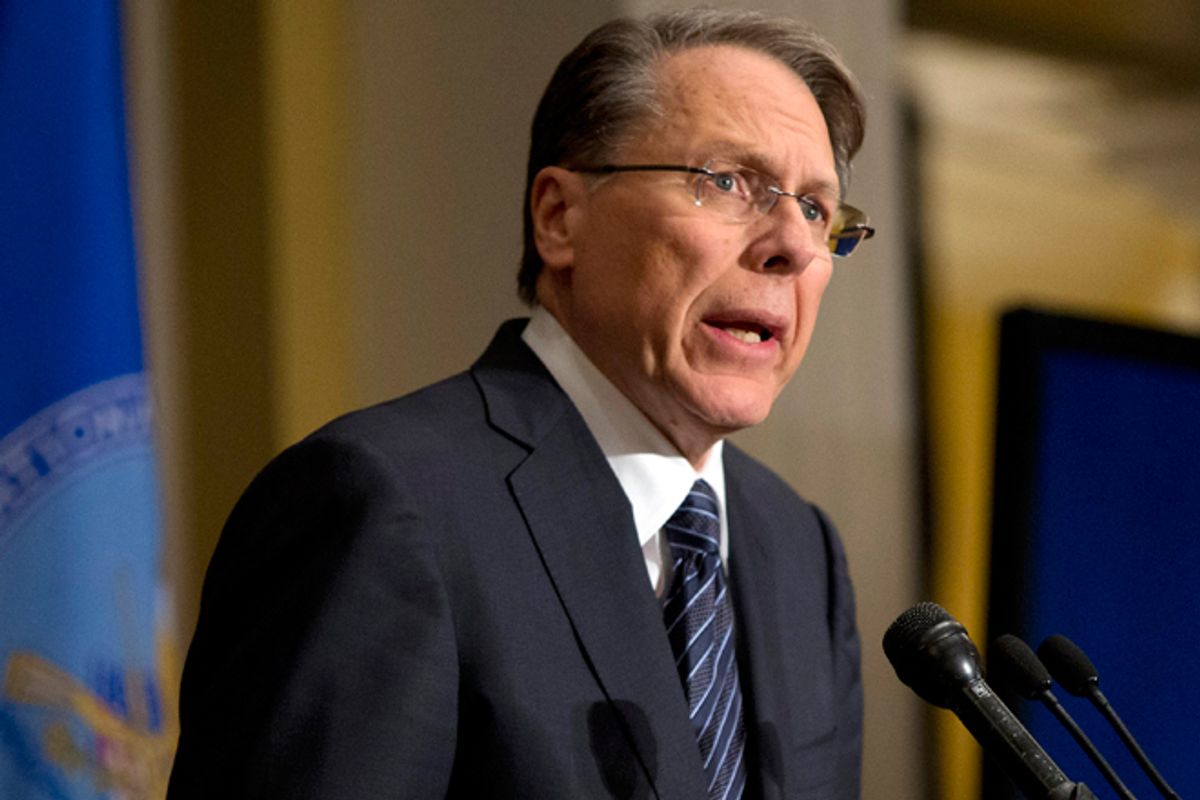 NRA chief Wayne LaPierre repeated his call for a police officer in every American school on "Meet the Press" Sunday, and was unapologetic when host David Gregory showed him the cover of the New York Post calling him a "gun nut" or a disgusted tweet from Chris Murphy, the congressman representing Newtown.

“If it’s crazy to call for putting police in and securing our schools to protect our children, then call me crazy,” LaPierre said. “I know there’s a media machine in this country that wants to blame guns every time something happens."

Asked by Gregory about specific changes to gun control laws that might have made it harder for Adam Lanza to kill 26 people a week ago Friday at Sandy Hook Elementary school, LaPierre discounted all of them.

"I don't believe that's going to make one difference," he said, when Gregory held up a magazine that allowed Lanza to get off dozens of shots without reloading, and asked whether fewer people might have died if that was banned.

"There are so many ways he could have done it," LaPierre said.

He put the blame on the mentally ill -- and said "we have no national database of these lunatics," and that "these monsters walk the street," he said, because too many have been deinstitutionalized.

Gun control advocates, he said, simply want to put “every gun sale under the thumb of the federal government.”

Asked about Dianne Feinstein's call for a ban on many semi-automatic rifles, he called it a "phony piece of legislation, adding, "We don't think it will work and we're not going to support it."

Asked under repeated direct questioning from Gregory whether there is any additional gun control legislation he would back, LaPierre dodged a yes or no, asking "You want one new law on top of 20,000 laws?"

When Gregory said it sounded like he was excusing the role of guns in Newtown, and blaming it on everything else, he said " a gun is a tool. The problem is the criminal."