What To Read Awards: Eric Banks 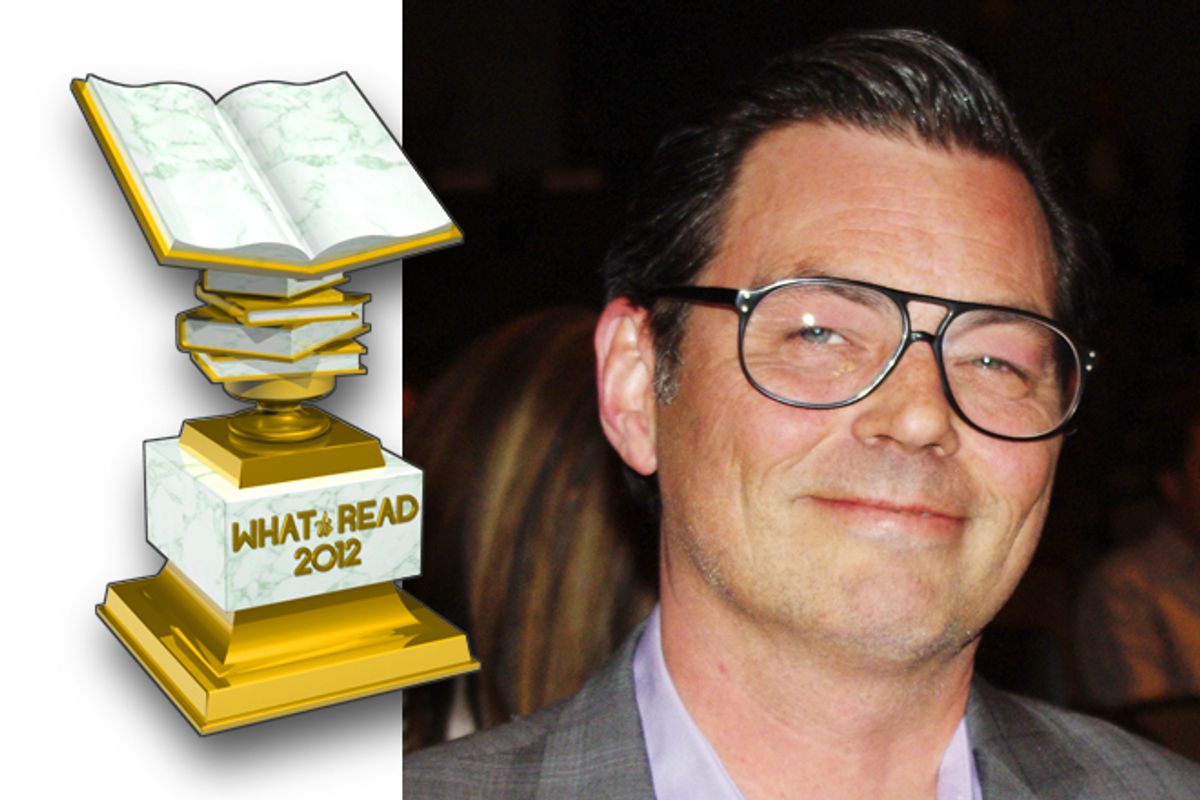 Eric Banks is the president of the National Book Critics Circle.

1. “Behind the Beautiful Forevers: Life, Death and Hope in a Mumbai Undercity” by Katherine Boo
2. “Why Does the World Exist? An Existential Detective Story” by Jim Holt
3. “At Last” by Edward St. Aubyn
4. “Bring Up the Bodies” by Hilary Mantel
5. “Far From the Tree” by Andrew Solomon
6. “From the Ruins of Empire: The Intellectuals Who Remade Asia” by Pankaj Mishra
7. “Stranger Magic: Charmed States and the Arabian Nights” by Marina Warner
8. “The Patriarch: The Remarkable Life and Turbulent Times of Joseph P. Kennedy” by David Nasaw
9. “HHhH” by Laurent Binet
10. “The Letters of T.S. Eliot: Volume 3 (1926-27)” by Valerie Eliot and John Heffendon (eds.)

1. Explain why your No. 1 book was your favorite title of the year: Katherine Boo's “Behind the Beautiful Forevers” narrowly -- very narrowly -- edges out the others for me. Like the most remarkable literary nonfiction, it reads with the bite of a novel and opens up a corner of the world that most of us know absolutely nothing about. It stuck with me all year.

2. What was the strongest debut book of 2012? Not on my list, but Ben Fountain's “Billy Lynn’s Long Halftime Walk” is very funny and a remarkable debut.

3. What book sits outside your list, but has either been overlooked or deserves more attention? John Bew's “Castlereagh," a biography of one of the most despised British politicians and statesmen (Byron celebrated his death by suicide by encouraging visitors to his grave not to waste the opportunity to take a piss), was one of the best cradle-to-grave treatments I read this year, adept at capturing the complex world of British political history of the late 18th and early 19th century and an equally complex and, in Bew's view, tragically misunderstood visionary.

4. Was there one book, either on your list or off your list, fiction or nonfiction, that seems to best encapsulate America in 2012? My list is much stronger admittedly on books that don't have much to do with America ... but I'd have to say that Andrew Solomon's “Far From the Tree” says more about identity and difference in contemporary America than almost anything I can recall reading in the last several years.

5. What was the single most memorable character from a 2012 book? Patrick Melrose, the protagonist not just of “At Last” but of the four linked novels collected this year in Picador's delicious St. Aubyn collection.

6. What is the book from 2012, either from your list or not, fiction or nonfiction, that is most likely to join the canon, or still be discussed 20 years from now? I'm not sure I'd think of it in terms of a canon, but Katherine Boo's book will be taught to writers of nonfiction for years to come (I hope).