What To Read Awards: Marjorie Kehe 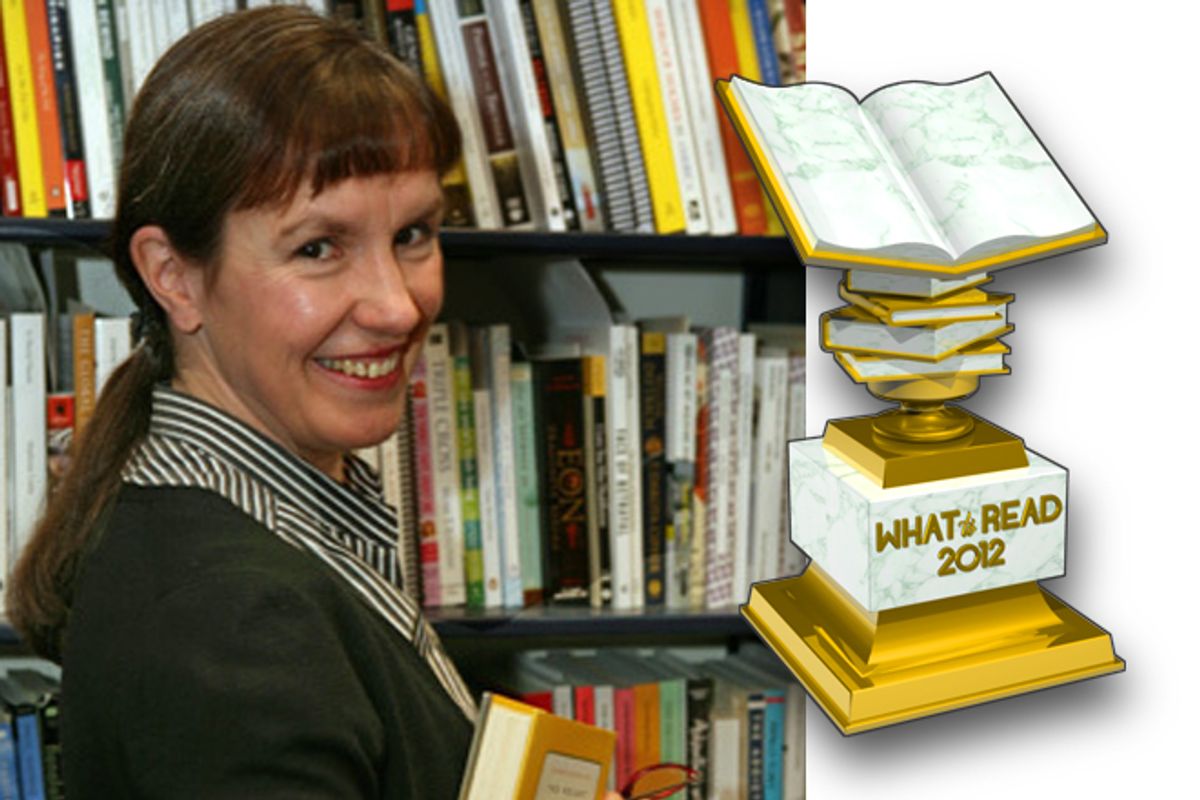 Marjorie Kehe is the books editor of the Christian Science Monitor.

1. Explain why your No. 1 book was your favorite title of the year: We don't rank our books in numerical order. However, if I had to I would put "Behind the Beautiful Forevers" on the top. This is the kind of book – a beautifully written nonfiction work that takes readers deep into a world that they would otherwise not encounter – that resonates best for Monitor readers.

2. What was the strongest debut book of 2012? It would be hard to beat "The Yellow Birds" for an astonishing debut.

3. What book sits outside your list, but has either been overlooked or deserves more attention? Quite a number of our readers wrote to us this year about "Home Is a Roof Over a Pig" by Aminta Arrington. This is a memoir about a U.S. family who move to China in order to return their adopted daughter to her roots. Arrington focuses on the process of language acquisition (for the whole family) as well as painting a vivid picture of life in today's China outside the few cities that we Westerners best know. The book clearly spoke to a fascination many of our readers have with China and its language and daily culture.

4. Was there one book, either on your list or off your list, fiction or nonfiction, that seems to best encapsulate America in 2012? I think that "Billy Lynn's Long Halftime Walk" says a lot about where we are today.

5. What was the single most memorable character from a 2012 book? I was fascinated and heartbroken by the whole family in Richard Ford's "Canada" but perhaps most of all by the bank-robbing father.

6. What is the book from 2012, either from your list or not, fiction or nonfiction, that is most likely to join the canon, or still be discussed 20 years from now? I hope that it's going to be "Short Nights of the Shadow Catcher." I don't know that we will ever get a better biography of Edward Curtis and I hope that we will still be talking about him a decade or two from now.