The Chinese cook who saved my dad's restaurant 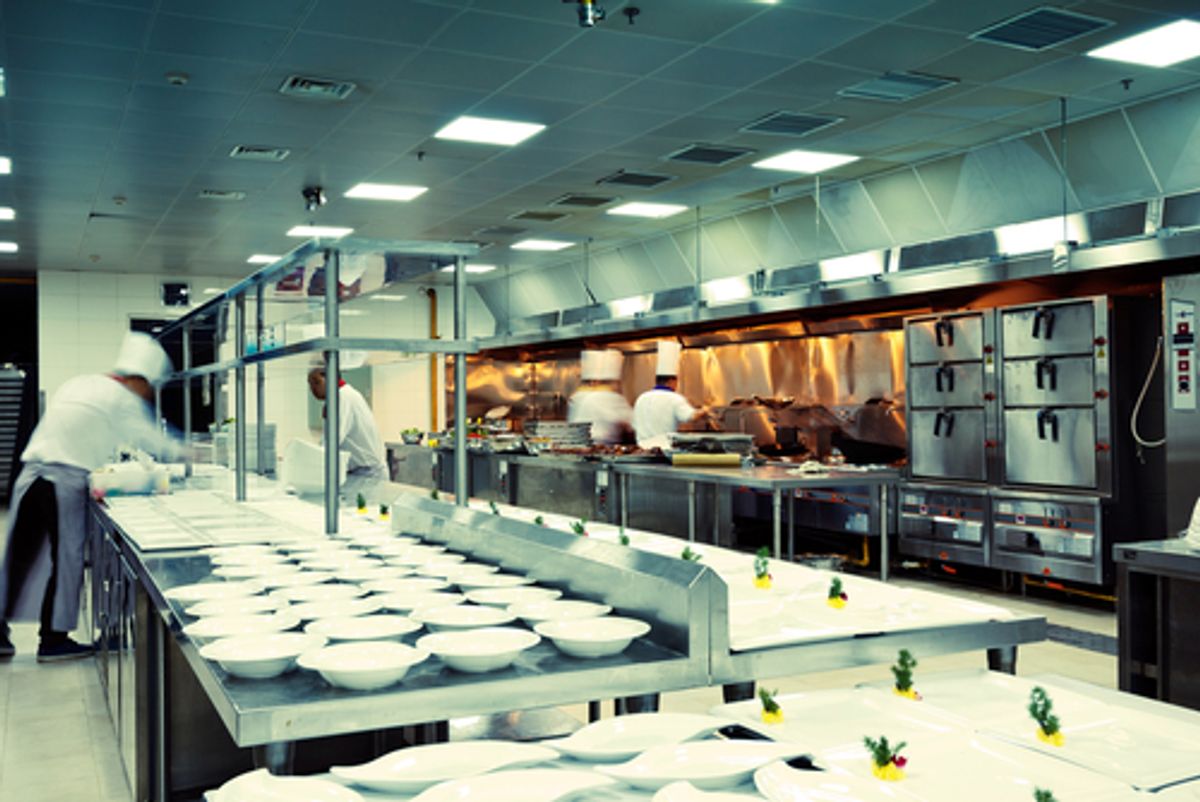 My seventh birthday occurred less than a month after that terrible Thursday in late October 1929 when the stock market crashed and the world changed so much.

We lived in a small town in northern New Jersey. My parents — poorly educated but quite literate Jews from within the czar’s Pale of Settlement — had made their home in that town perhaps 20 years before. My father, who was deft and a quick learner, had first washed dishes there, then become a cook and then became the owner of a hotel, a restaurant, a big house (for those days) and much else.

Just as he was preparing to congratulate himself on his business acumen, however, the crash came. It took only a tormented year or so before he was back in an apron serving rib-eye steaks and fries. He’d managed to save from his creditors a truly forlorn two-story shack where he would eventually reopen his business, though there was hardly a customer in sight. Today, people would say he had a serious cash flow problem: I would be sent down the street to buy two pounds of tomatoes or hamburger, but not both at once. I learned how to two-finger type a menu because neither of my parents could print legible English. Overall, they had both lowered their sights considerably.

For a year before that, though, my father clung to his big restaurant. Its kitchen boasted room-length, cast iron wood-burning stoves with protective steel railings, and there was a walk-in refrigerator. The dining room had a black-and-white tile floor, wooden tables graced with linen tablecloths, and a large front window with the restaurant’s name in gold foil. And the owner in his three-piece suit, standing at the door, vainly hoping things would get better.

As part of his strategy for coping with no business, he hired a Chinese cook from New York, imagining that exotic food might make a difference, even to people who had hardly any money at that point and surely none to eat out. The Chinese cook was a lovely young man named Cheng Dai-mo — handsome, likable and gracious. My parents were impressed beyond all else because he had a Jewish girlfriend in New York City who would take the train to visit him each weekend. She was pretty, personable and, it turned out, smart and capable. So they were even more impressed.

However, the new chef’s cooking made hardly a dent in local tastes, except mine. Dai-mo would whip up a dish that made the world different for me. He called it “yat gaw mein” — Cantonese, meaning, roughly, “One [serving of] noodles.” I found this dish utterly splendid. Thin noodles, cooked perfectly, then drained and quickly tossed, hot, into a remarkable and intensely essential chicken broth (additionally flavored, I am now sure, with MSG). It was made even more delicious with chopped scallions, a few slivers of cooked white chicken, and the tiniest sprinkling of chopped ham.

The background to my early experience of yat gaw mein was what I had been fed — today, of course, barely recalled — by my parents during those first half-dozen years. For some reason, I can remember lamb chops and eggs. I liked the way they could become firm golden solids. I have no memory of anything that I didn’t like. Surely I would also have been given my father’s version of chicken soup and boiled chicken. I realized later that my father was a formidable creator of soups. But I still remember Dai-mo and the startling and sensual clash of warm and fragrant chicken broth with the sharp, slightly acidic tang of freshly chopped scallions, the unctuous thrill of those Chinese noodles against the tongue.

When Dai-mo departed, explaining that he hoped to join Chiang Kai-shek’s air force, my poor father made a last, slightly comical attempt to retain his cook’s exotic flair. (My town would not be able to flaunt its next Chinese resident until a laundry opened there, years later.) Not only did my father continue vainly to peddle his Chinese menu and to keep bottles of soy sauce — known locally as “dragon’s blood” — on the tables, but he also obtained, with great difficulty, packages of fresh Chinese noodles from a small shop on Mott Street in New York’s Chinatown. When a precious bundle of noodles would reach him, he would deep-fry them to serve as an accompaniment to the egg foo yung or chow mein he earnestly foisted off on the more daring of his few faithful customers.

Yet I never forgot the real thing. Dai-mo’s yat gaw mein made upon me the impression that food could be taken apart and examined, but also that there was some knowing involved that did not lend itself readily even to careful description. I think I was beginning to detect a mystery that is not chargeable simply to the ignorance of the observer. Quite possibly even the maker of such food may not be conscious of every detail involved in its preparation.

From those days and those foods only two mementos lingered awhile, and now they are gone, too. One was an artful little metal box painted in dark green and shiny gold. Its descriptive text — emblazoned in black Chinese characters — was interrupted only by the English words “epicurean powder,” which stood for MSG. The other was a yellowed photo of my Dad — wearing a toque, no less — under which someone had written in ink, “Sol Min, Chinese cook.” Nobody heard again from or about Cheng Dai-mo.