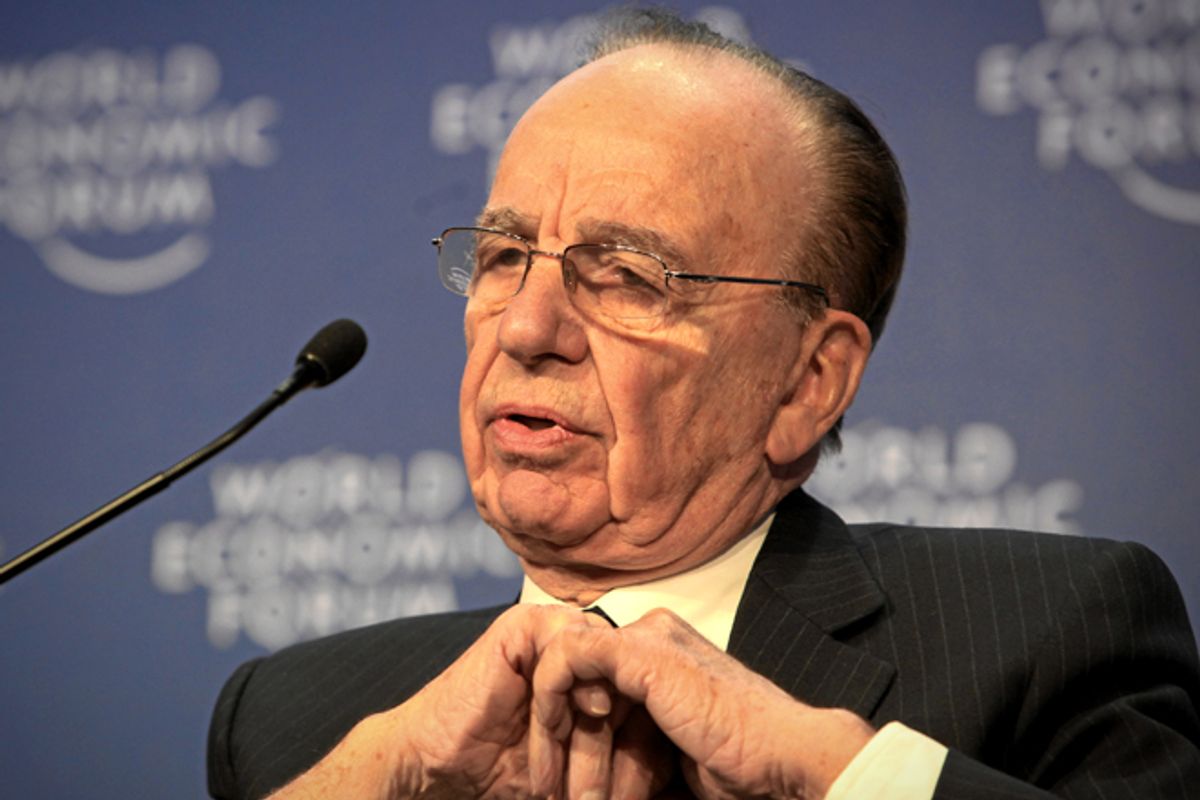 LONDON, UK — A staid courtroom may seem a world away from the glamour of Tinseltown, but in many ways Britain's Leveson inquiry into media ethics was not unlike a Hollywood blockbuster.

Commissioned by Prime Minister David Cameron in the wake of the phone-hacking scandal at the Rupert Murdoch-owned News of the World tabloid, the independent judicial probe by Lord Justice Sir Brian Leveson had a multi-million dollar budget and an all-star cast with performances from the likes of Hugh Grant and Sienna Miller.

The investigation delivered its findings on Nov. 29. As with most modern movies, it was too long, featuring 378 separate testimonies. But it had a riveting plot with startling revelations about the pervasive influence of Britain's press, and witness performances that ranged from tear-jerking to hilarious.

Ultimately, just like the latest movie releases, it failed to deliver what it promised. Its inconclusive ending left audiences feeling dissatisfied and opened up the depressing possibility of a sequel.

What it did give us, however, were some remarkable facts that, even though judge Leveson's recommendation of statutory media oversight looks unlikely to be adopted, will help to provide some kind of lasting legacy.

And so, as a momentous year for Britain's media draws to a close, here are some of the things we have learned:

The Leveson inquiry came about largely because of anger over the hacking by journalists of a murdered schoolgirl's voicemails. But if the public thought that was the last word in media misdemeanors, it was wrong.

Among the appalling testimonies were those of Kate and Gerry McCann, a couple subjected to aggressive press intrusion and libelous allegations after their daughter Madeleine vanished during a family vacation in 2007.

Kate McCann told how a private diary in which she recorded her secret thoughts and fears found its way into the pages of the News of the World after it was seized by police as evidence. Even more shocking were the bullying tactics used by the same paper to force the couple into giving an exclusive interview.

The British prime minister survived his Leveson grilling largely unscathed despite its forensic examination of his links to Rupert Murdoch's media empire and former editors such as Andy Coulson and Rebekah Brooks, both now facing trial for corruption.

But what David Cameron may never live down is the disclosure that one of the world's most powerful men has the text messaging skills of a naive teenager.

Giddy SMS exchanges between Cameron and Brooks when she was editor of the Sun tabloid newspaper were paraded before the inquiry, generating concerns about the pair's closeness and considerable mirth at their choice of words.

It was bad enough that the texts showed that the pair regularly shared "country suppers" — a detail viewed as toe-curlingly bourgeoisie by British commentators — but there was more to come. We also learned Cameron signed his missives LOL, mistakenly believing it meant "lots of love" instead of the standard and unwittingly appropriate "laugh out loud."

Although Hugh Grant may have been the biggest celebrity name on the Leveson witness list, the true star of the show was a man who was once Grant's nemesis. Paul McMullen, a former employee of the now-defunct News of the World tabloid, first came to public attention when Grant secretly recorded a conversation in which the ex-reporter admitted phone hacking and other illegal practices.

On the witness stand, McMullen happily repeated his confessions and detailed other "dark arts" he has deployed to secure stories. His testimony was compelling not only because of its jaw-dropping details of bribery and car chases but because in guilelessly recounting his activities, McMullen was unable to conceal the sheer enjoyment he took from violating laws in pursuit of scoops.

Most outrageous of all was his response to questions about whether celebrities had a right to privacy, in which he inferred that those trying to keep out of the newspapers clearly had something to hide. "Privacy is for pedos," he said.

For all its efforts to make Britain's newspapers account their transgressions, the Leveson inquiry wasn't above making at least one of its own. Careful scrutiny of the 2,000-page report reveals Leveson appears to have committed a schoolboy error that would inspire an apoplectic fit of rage in event the most mild-mannered of newspaper editor: trusting Wikipedia.

In its description of the Independent, the UK's lowest-circulation broadsheet national newspaper, the Leveson report lists a certain Brett Straub among its founders. Straub, it transpires, is a 25-year-old student whose name was added to the Independent's Wikipedia listing as a prank. Leveson apparently cut-and-pasted the entry without double-checking.

Piers Morgan's evidence to the Leveson inquiry has failed to dispel nagging questions over how much the CNN star knew about the phone-hacking activities of his reporters when he worked as a tabloid newspaper editor.

If by appearing before Leveson Morgan had hoped to draw a line under suggestions he signed off on stories that he was aware were sourced from illegally accessed voicemails, he was mistaken.

Not only did others testify that Morgan had knowledge, but Leveson refused to accept the chat show host's explanation that his only knowledge of hacking was based on rumors.

"This was not, in any sense at all, a convincing answer," Leveson said in his report. "Overall, Mr. Morgan's attempt to push back from his own bullish statement ... was utterly unpersuasive."

Hugh Grant's campaign against newspapers’ obsessions with showbiz tittle-tattle came somewhat unstuck when, by giving evidence at the Leveson inquiry, he inadvertently supplied the media with a fresh snippet. The quintessentially English actor raised eyebrows as he was sworn in by revealing that one of his middle names is Mungo.

The British public was treated to an unexpected history lesson on the day the Leveson report was published when David Cameron relied on a classical allusion to explain why he rejected the report's key recommendation of a new law to underpin press regulation.

Cameron told parliament that such a move would "cross the Rubicon," a phrase indicating an irreversible decision that had newspaper editors scrambling for their encyclopedias. As they later explained to their readers, the idiom refers to an Italian river crossing made by Julius Caesar's troops in 49BC that committed them to civil war.

The public could be forgiven for feeling a little cheated for having to pay nearly $10 million for a report whose main recommendation the government is unwilling to implement, but at least some of the money appears to have been well spent.

Barrister Robert Jay was paid an estimated $810,000 to put politicians and press barons through their paces in the Leveson courtroom, but added value by edifying those following the inquiry through his erudite use of language.

By casually slipping words such as occlude, bailiwick, propinquity and condign into his interrogations, Jay quickly gained cult status. So much so that London's Evening Standard newspaper compiled a list of several dozen facts on this unlikely new celebrity under the inevitable headline: "Fifty Shades of Jay."