8 striking parallels between the U.S. and the Roman Empire

Is our republic coming to an unceremonious end? History may not be on America's side 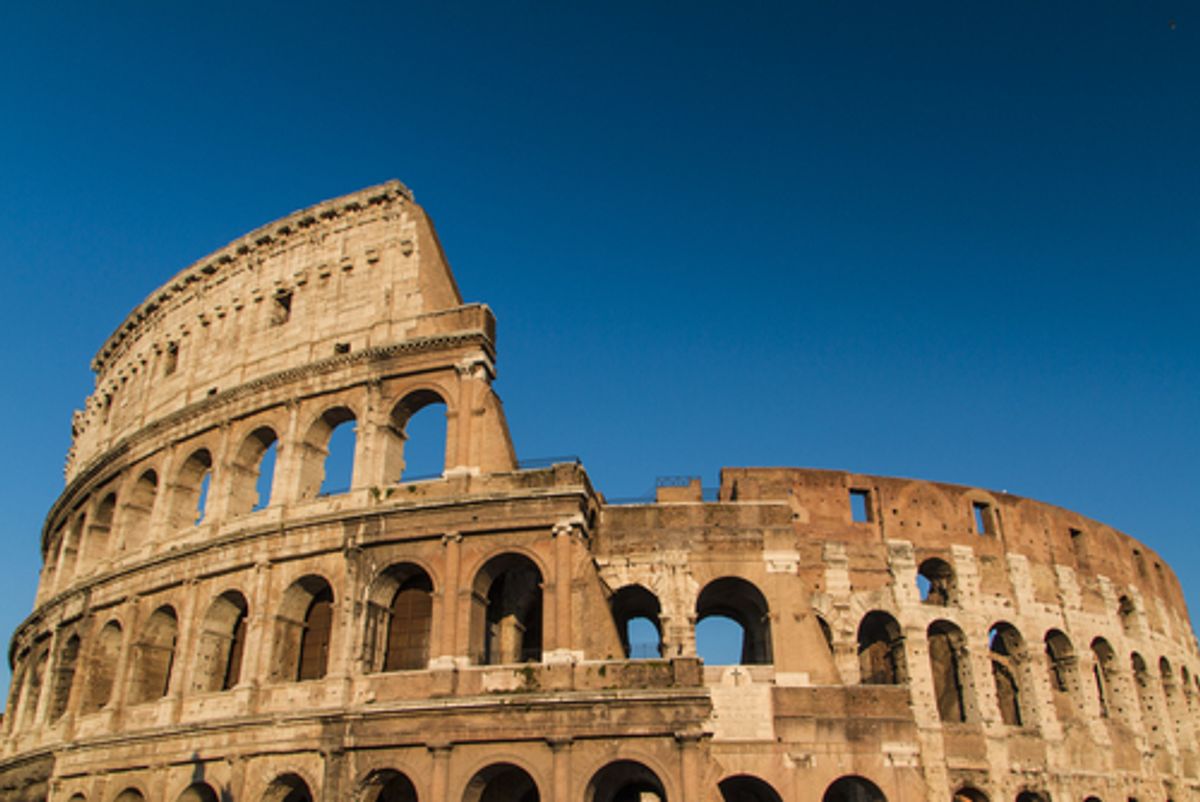 Lawrence Lessig's Republic Lost documents the corrosive effect of money on our political process. Lessig persuasively makes the case that we are witnessing the loss of our republican form of government, as politicians increasingly represent those who fund their campaigns, rather than our citizens.

Anthony Everitt's Rise of Rome is fascinating history and a great read. It tells the story of ancient Rome, from its founding (circa 750 BCE) to the fall of the Roman Republic (circa 45 BCE).

When read together, striking parallels emerge -- between our failings and the failings that destroyed the Roman Republic. As with Rome just before the Republic's fall, America has seen:

1 -- Staggering Increase in the Cost of Elections, with Dubious Campaign Funding Sources: Our 2012 election reportedly cost $3 billion. All of it was raised from private sources - often creating the appearance, or the reality, that our leaders are beholden to special interest groups. During the late Roman Republic, elections became staggeringly expensive, with equally deplorable results. Caesar reportedly borrowed so heavily for one political campaign, he feared he would be ruined, if not elected.

2 -- Politics as the Road to Personal Wealth: During the late Roman Republic period, one of the main roads to wealth was holding public office, and exploiting such positions to accumulate personal wealth. As Lessig notes: Congressman, Senators and their staffs leverage their government service to move to private sector positions - that pay three to ten times their government compensation. Given this financial arrangement, "Their focus is therefore not so much on the people who sent them to Washington. Their focus is instead on those who will make them rich." (Republic Lost)

4 -- Foreign Powers Lavish Money/Attention on the Republic's Leaders: Foreign wars lead to growing influence, by foreign powers and interests, on the Republic's political leaders -- true for Rome and true for us. In the past century, foreign embassies, agents and lobbyists have proliferated in our nation's capital. As one specific example: A foreign businessman donated $100 million to Bill Clinton's various activities. Clinton "opened doors" for him, and sometimes acted in ways contrary to stated American interests and foreign policy.

5 -- Profits Made Overseas Shape the Republic's Internal Policies: As the fortunes of Rome's aristocracy increasingly derived from foreign lands, Roman policy was shaped to facilitate these fortunes. American billionaires and corporations increasingly influence our elections. In many cases, they are only nominally American - with interests not aligned with those of the American public. For example, Fox News is part of international media group News Corp., with over $30 billion in revenues worldwide. Is Fox News' jingoism a product of News Corp.'s non-U.S. interests?

6 -- Collapse of the Middle Class: In the period just before the Roman Republic's fall, the Roman middle class was crushed -- destroyed by cheap overseas slave labor. In our own day, we've witnessed rising income inequality, a stagnating middle class, and the loss of American jobs to overseas workers who are paid less and have fewer rights.

7 -- Gerrymandering: Rome's late Republic used various methods to reduce the power of common citizens. The GOP has so effectively gerrymandered Congressional districts that, even though House Republican candidates received only about 48 percent of the popular vote in the 2012 election -- they ended up with the majority (53 percent) of the seats.

8 -- Loss of the Spirit of Compromise: The Roman Republic, like ours, relied on a system of checks and balances. Compromise is needed for this type of system to function. In the end, the Roman Republic lost that spirit of compromise, with politics increasingly polarized between Optimates (the rich, entrenched elites) and Populares (the common people). Sound familiar? Compromise is in noticeably short supply in our own time also. For example, "There were more filibusters between 2009 and 2010 than there were in the 1950s, 1960s and 1970s combined."

As Benjamin Franklin observed, we have a Republic -- but only if we can keep it.