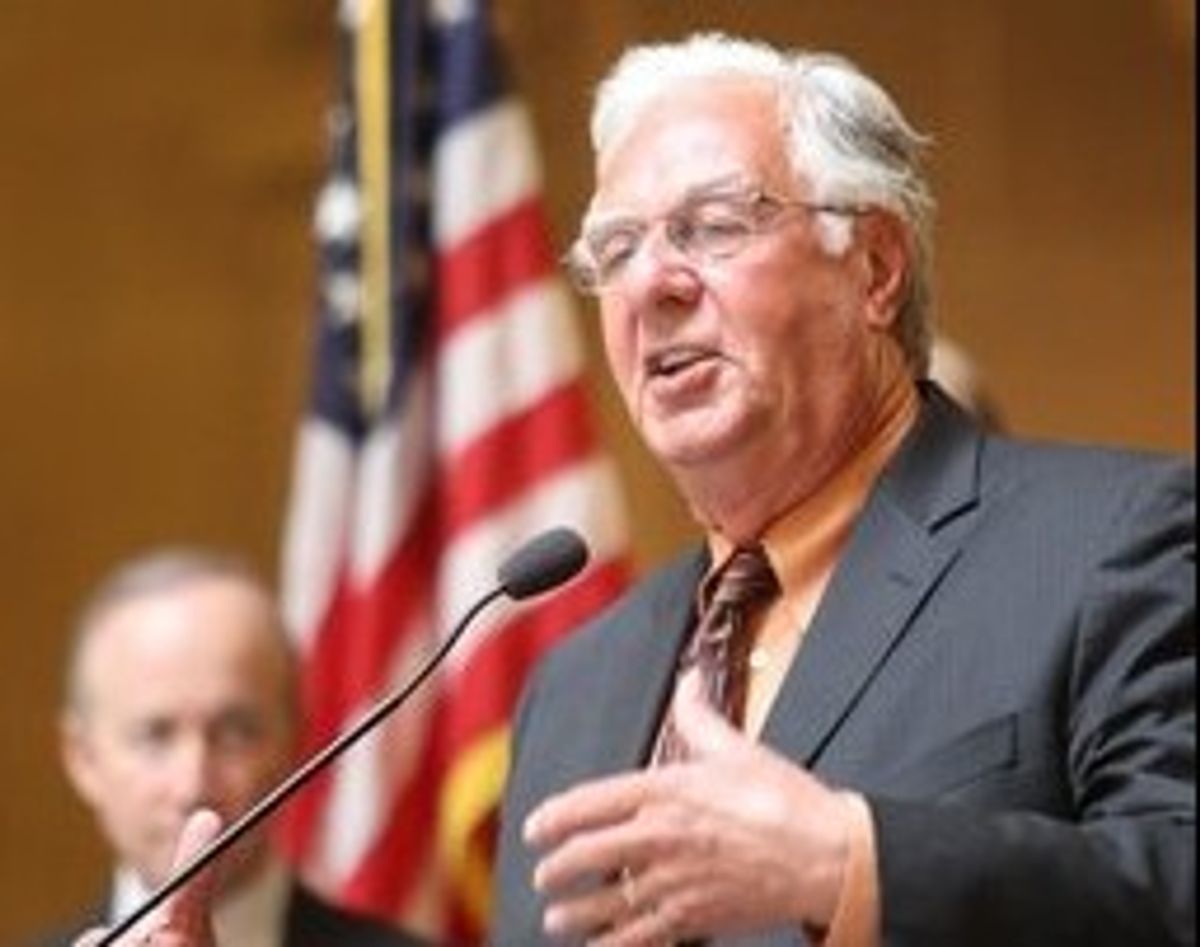 Before Dick Armey took an $8 million payout to leave the Tea Party group FreedomWorks, he reportedly attempted a "coup" to oust his enemies and assert his control over the group.

Richard K. Armey, the group’s chairman and a former House majority leader, walked into the group’s Capitol Hill offices with his wife, Susan, and an aide holstering a handgun at his waist. The aim was to seize control of the group and expel Armey’s enemies: The gun-wielding assistant escorted FreedomWorks’ top two employees off the premises, while Armey suspended several others who broke down in sobs at the news.

The coup lasted all of six days. By Sept. 10, Armey was gone — with a promise of $8 million — and the five ousted employees were back. The force behind their return was Richard J. Stephenson, a reclusive Illinois millionaire who has exerted increasing control over one of Washington’s most influential conservative grass-roots organizations.

According to the Post, Armey accused Matt Kibbe, Freedomworks' president, and Adam Brandon, its senior vice president, of "ethical breaches," including improperly steering Freedomworks resources towards Kibbe's book, called "Hostile Takeover." Another juicy detail from the Post is that Armey tried to push for the group to devote more resources to Todd "legitimate rape" Akin, even as Akin's campaign was tanking.

With the help of the group's biggest mega-donor, Richard J. Stephenson, Armey was placated with the promise of a payout of $400,000 per year over 20 years.

David Corn of Mother Jones reported over the weekend that the fight between Armey and Freedomworks has devolved even further, now involving lawyers, and "has also resulted in allegations of staff wrongdoing (prompting an investigation by lawyers) and counter-allegations that Armey and his allies tried to turn FreedomWorks into a partisan outfit backing establishment Republicans over tea party insurgents."

Meanwhile, the New York Times reports, the Tea Party as a whole has been dealing with its ever-increasing powerlessness by ignoring the negotiations over the fiscal cliff, and instead focusing on fringe issues:

Grass-roots leaders said this month that after losing any chance of repealing the national health care law, they would press states to “nullify” or ignore it. They also plan to focus on a two-decade-old United Nations resolution that they call a plot against property rights, and on “fraud” by local election boards that, some believe, let the Democrats steal the November vote.

But unlike the broader, galvanizing issues of health care and the size of the federal government that ignited the Tea Party, the new topics seem likely to bolster critics who portray the movement as a distraction to the Republican Party.