The 41st president's fever has gotten worse since Christmas 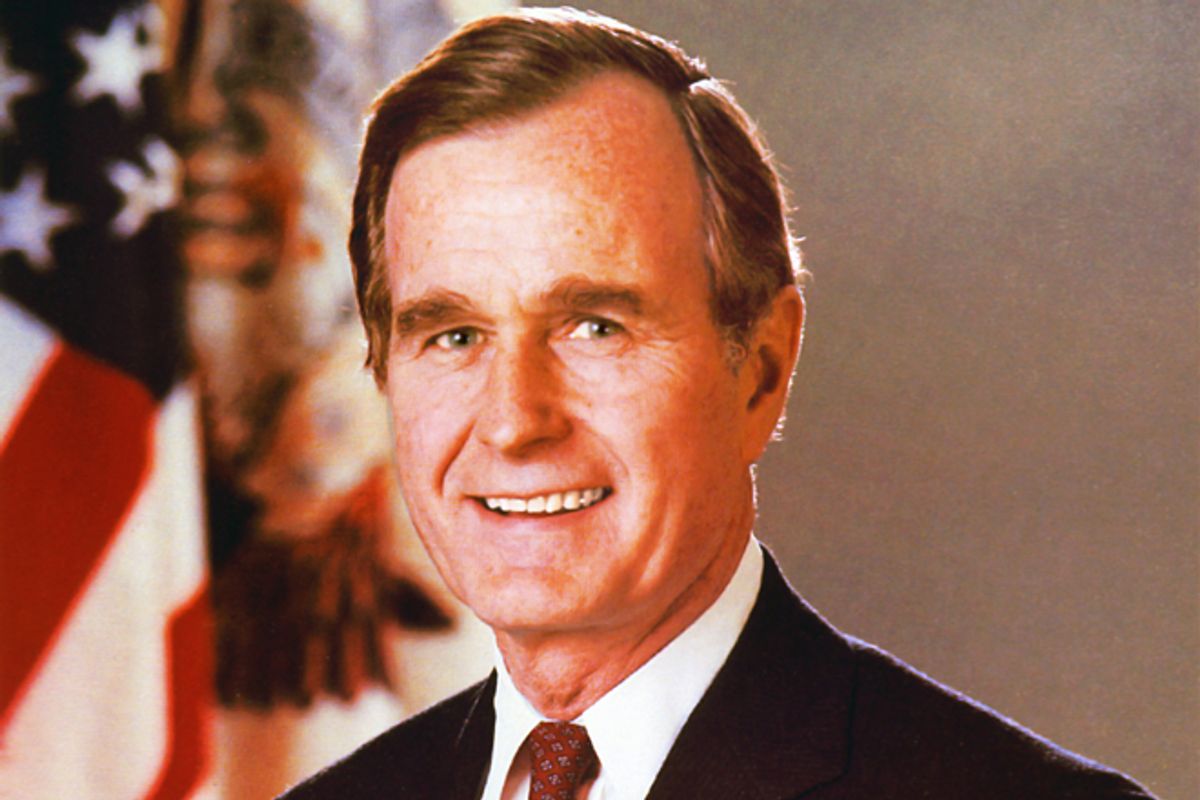 A spokesman says former President George H.W. Bush is in the intensive care unit at a Houston hospital.

Bush's spokesman, Jim McGrath, said Wednesday evening that the former president has been in the ICU at Methodist Hospital since Sunday.

A bronchitis-like cough initially brought Bush to the hospital on Nov. 23.

McGrath says the cough has improved, and that the 88-year-old is now coughing about once a day.

A "stubborn" fever that kept former President George H.W. Bush in a hospital over Christmas has gotten worse, and doctors have put him on a liquids-only diet, his spokesman said Wednesday.

"It's an elevated fever, so it's actually gone up in the last day or two," McGrath told The Associated Press. "It's a stubborn fever that won't go away."

Doctors at Methodist Hospital in Houston have run tests and are treating the fever with Tylenol, but they still haven't nailed down a cause, McGrath said. Doctors also have put Bush on a liquid diet, though McGrath could not say why.

Bush was visited on Christmas by his wife, Barbara, his son, Neil, Neil's wife, Maria, and a grandson, McGrath said. Bush's daughter, Dorothy, will arrive Wednesday in Houston from Bethesda, Md. The 41st president has also been visited twice by his sons, George W. Bush, the 43rd president, and Jeb Bush, former governor of Florida.

Bush and his wife live in Houston during the winter and spend their summers at a home in Kennebunkport, Maine.

The former president was a naval aviator in World War II -- at one point the youngest in the Navy -- and was shot down over the Pacific. He achieved notoriety in retirement for skydiving on at least three of his birthdays since leaving the White House in 1992.