According to the Wall Street Journal, 12 states account for most of the mental health records in the FBI database 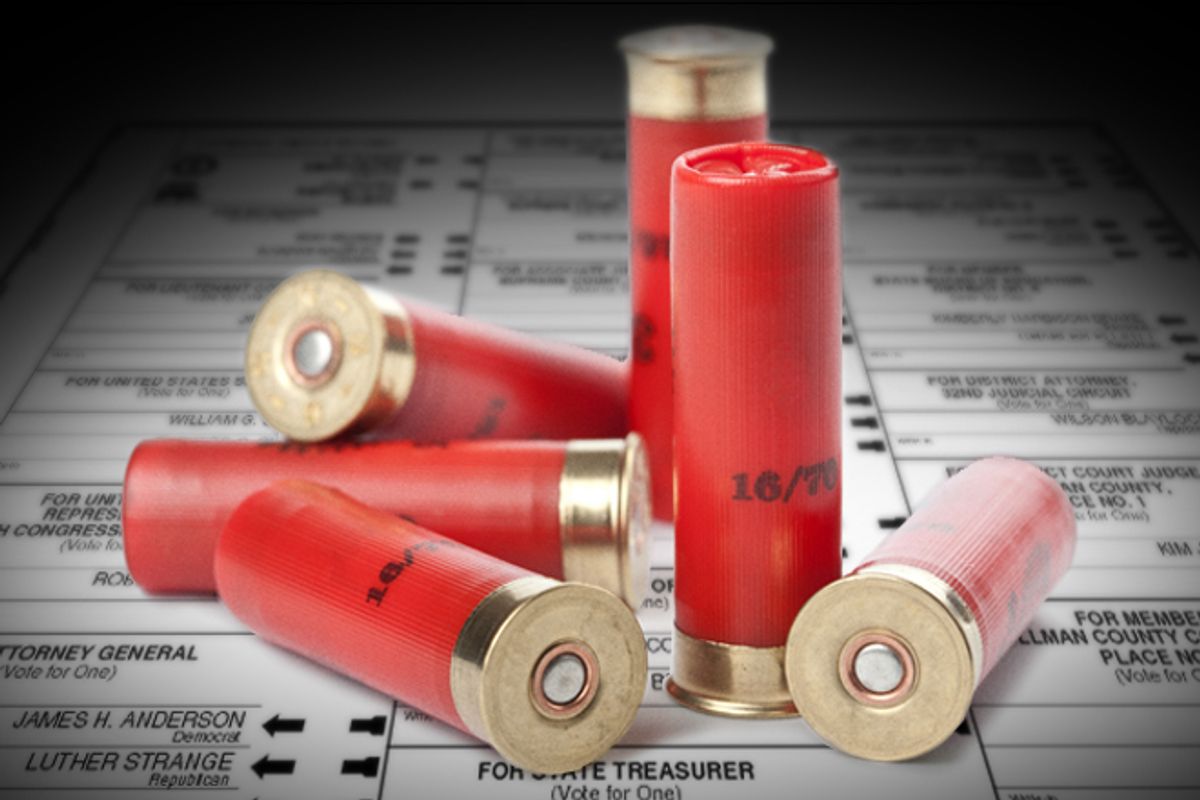 As the White House eyes new gun-controls following the Sandy Hook school massacre and firearms dealers are seeing guns sales spike, a handful of recent investigative reports suggest that the nation’s state-run system of screening gun buyers for mental illness is mostly a mirage—except in a dozen states where governors want the system to work.

Federal law prohibits gun sales to anyone who was declared mentally unfit by a court. In Bill Clinton’s first term, Congress passed a law requiring states to report these mental health records to the FBI. But in 1997, the Supreme Court threw out that requirement, saying states could share whatever information they wanted to—or more likely not share it.

“States increased the number of mental health records available for use during NICS [National Instant Criminal Background Check System] background checks from 200,000 in October 2004 to 1.2 million in October 2011,” Congress’ General Accounting Office reported this past July. “But this progress largely reflects the efforts of 12 states, and most states have made little or no progress in providing these records.”

The GAO also found that 19 states have received “waivers” from the Justice Department to allow some people with court-recorded histories of mental illness to buy guns, “such that the person will not be likely to act in a manner dangerous to public safety and that the granting of relief would not be contrary to the public interest.”

The extent to which mental illness background checks prevent gun violence is an open question. In the Virginia Tech shooting in 2007, the assailant who killed 32 people and himself bought the guns he used illegally, even though there was a court ruling that he was mentally ill. But what is not debatable is that three-quarters of the states are not doing very much to assist with background checks. Moreover, in some states, like California, social agencies have access to client medical records that detail all their illnesses, but those records never go before a court until a crime has occurred.

“DOJ and state officials identified technological, legal, and other challenges that hinder states’ ability to make these records available,” the GAO reported. The agency said one obstacle was that states need specific enabling legislation before sharing government records with the FBI, due to privacy concerns. Another obstacle was that some states weren’t using modern electronic communication tools to report to the FBI, but just mailed a CD every six months.

These hurdles are little more than excuses that mask a lack of political will to have an effective background check program, according to the handful of states that have made the screening a priority—and updated their laws and information systems accordingly.

Eight states—Delaware, Idaho, Illinois, Iowa, Kentucky, Minnesota, Ohio and Oregon—all “more than doubled their numbers of mental health records” in the national database between October 2011 and October 2012, the Wall Street Journal reported. However, some of those states, like Delaware, which now lists 18,700 mental health records, did not report anything until its governor, Democrat Jack Markell, made participation a priority for his adminstration. “It was ridiculous that we have this information and we weren’t reporting it,” he told the newspaper.

Virginia, a pro-gun state of 8 million people, made significant strides since its 2007 mass shooting and now leads the country in reporting to the mental illness registry. The state has reported 180,000 names, and its Republican Governor, Bob McDonnell, has written to all governors and urged them to better-report their mental health records.

No one is saying that mental illness background checks will end all gun violence. But think about the current national landscape, where Virginia shares files of about 180,000 people and 19 other states have shared less than 100 names each; meanwhile another 19 states have policies allowing someone who has been found to be mentally ill in court to get a gun. And consider the technological gaps, where a concerned state sends records electronically and instantly, whereas a recalcitrant state sends a CD twice a year.

These discrepancies show there is much more that states can do—if there is political will. Moreover, the national database only contains files of people with court records of mental illness—which does not include clients of state social agencies who are prevented from sharing medical records by federal and state privacy rules.