The Obamas appear in their first joint interview since the election 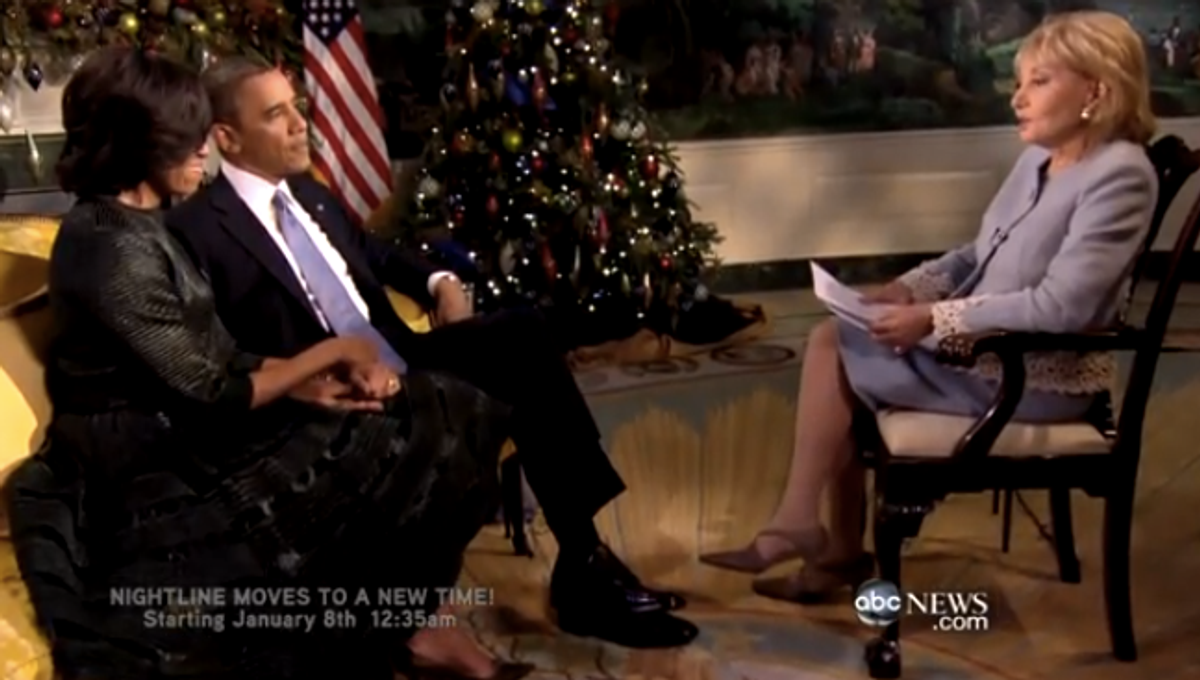 ABC has released an exclusive interview with Michelle and Barack Obama's first joint interview since the election. The first lady takes Barbara Walters on a tour of the White House and the the couple discusses their marriage, below: