Not even Hollywood can screw up Les Misérables 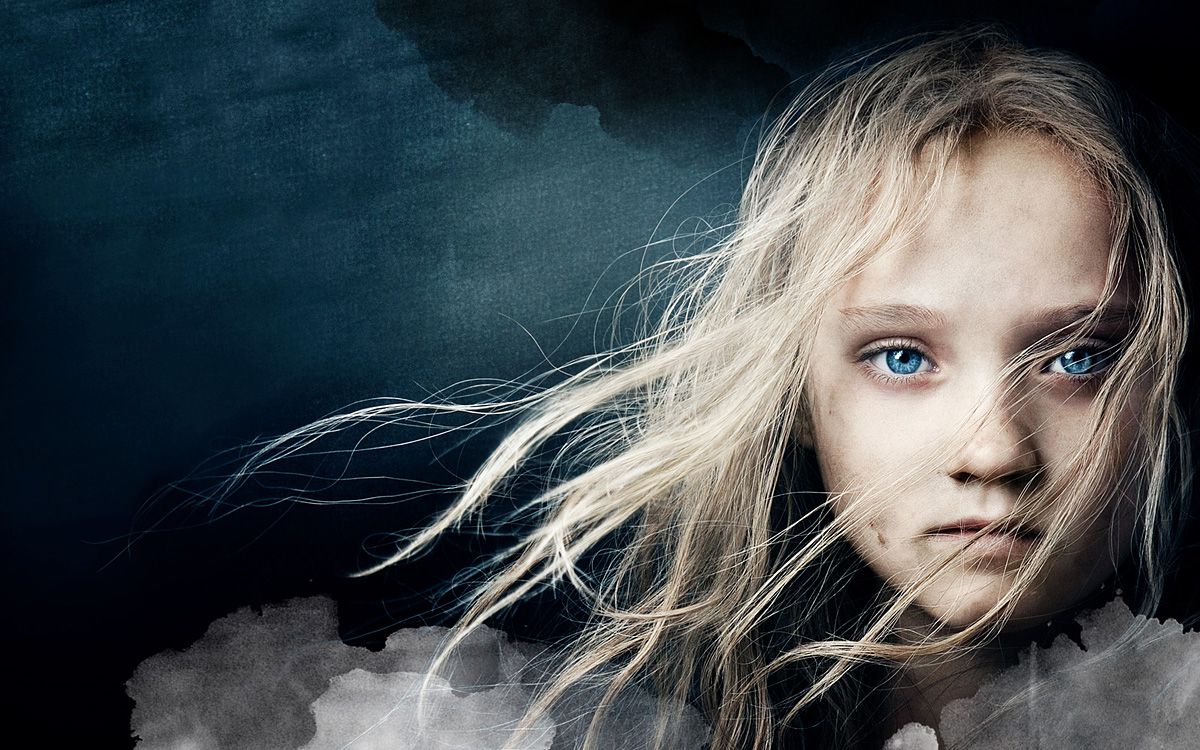 WHEN LES MISÉRABLES ARRIVED on Broadway in 1987, New Yorkers came to the theater ready to cry. Pretty much everyone knew someone young who was dying or dead, usually after terrible suffering. The death toll was growing exponentially, with no relief in sight. Outside the theater district, a certain heartlessness pierced the air. AIDS gave every bigot an ostensible reason to despise gay men. Reaganomics was well underway, and cities were dealing with unprecedented numbers of the homeless as mental health facilities lost their funding and threw patients onto the streets. On Wall Street traders were indulging their new love of junk bonds, which fueled an October stock market crash. The scales of wealth and misery were not yet at the tipping point, but we were at the point where we could imagine a tipping point, like the one depicted in Les Misérables.

Les Misérables is still running in London 28 years after it opened there. On Broadway it closed after 16 years, but was revived only three years later. The musical is what they call a sensation, meaning that its cultural import is felt beyond the world of theater. Nebraskans wore the T-shirt. The songs were recorded in at least 14 languages. Les Miz shows up as a leitmotif, for instance, in Brett Easton Ellis’s 1991 American Psycho, a novel about a young Wall Street comer whose sociopathy is meant to represent the ruthlessness and soullessness of his time. Wearing impeccable Valentino Couture suits, he murders his victims between work and drinks or dinner at Manhattan’s fabulous hotspots. Throughout the musical is ever present — its posters are on the street, its muzak in elevators. The antihero himself is a fan of the show; he prefers the London cast recording to the Broadway.

In Ellis’s universe the musical is like one of the designer brands that occupy the killer’s consumption-addled brain, but it stands apart from his Ralph Lauren pajamas, Baccarat wine glasses, and gazelleskin wallet (Barney’s, $850). Ellis presents the musical as just another yuppie commodity, equating the show with a Paul Stuart tie, casting a cynical eye not only on the musical’s notion that human suffering serves some kind of purpose (even if we can’t know what it is), but also on those people crying in the theater; he is in effect condemning a culture that celebrates its own empathy while stepping over the bodies of homeless people on its way to the theater.

In his show Forbidden Broadway, the great parodist Gerard Alessandrini put it this way (to the tune of Fantine’s “I Dreamed a Dream”):

Come watch us grovel in the dirt
Then buy a souvenir and don it.
Rich folks pay 20 bucks a shirt
That has a starving pauper on it.

As a fan of the show, I understand why some people don’t connect with Claude-Michel Schönberg and Alain Boublil’s Les Misérables. Its melodies reflect the decade when Andrew Lloyd Webber was king — they are lush and overstated and bombastic. The score is set in recitative, with every inch of dialogue sung, which certain people simply cannot abide. The story is sentimental and earnest; there is literally not a moment of humor in it, unless you count the antics of the Thénardiers, a Dickensian pair of cravengraverobbers with the philosophical heft of, say, Fagin. (But where Fagin winds up at the gallows, the Thérnardiers prosper in the France of the 1830s.)

Alessandrini and others also see the overwhelming suffering portrayed in Les Miz as a betrayal of the musical. His parody of Fantine sings:

I dreamed a show in days gone by
Where all the scenery looked so pretty.
I didn't sing one song then die
And all my costumes weren't so gritty.

Alessandrini suggests that musicals are bright up-tempo entertainments meant to distract or comfort with pleasures both aural and visual, always presenting obstacles that can be overcome. Like many of the great musicals, Les Misérables is certainly not that. Fantine is forced into selling her hair, her teeth, and her body. Lyricist Boublil has Fantine sing:

But there are dreams that cannot be
And there are storms we cannot weather.
I had a dream my life would be
So different from this hell I’m living …

In this musical most of the cast dies, including virtually all of the handsome, fired-up French students who carry out the 1832 revolt known as the July Rebellion. These young people believe they exist in a unique moment, a moment when history seems poised for great change, when giving their lives might result in a better world. We watch them die and are told that, at least for those living at the time of the story, their deaths will make no difference.

In the end, with its triumphant hymn to liberty, Les Miz in fact lives up to Alessandrini’s caricature of the form: we are left with the sensation that the suffering of these worthy people was not for nothing. It is as if it benefitted us — we who live in some version of that better world, the one they sacrificed their lives for. The theatergoer feels swept up in that long arc of a moral universe as it bends toward justice.

And we are meant to feel that Fantine’s terrible suffering was not in vain: her daughter Cosette grows up to join the ranks of good people (including us) who want to leave the earth a better place than they found it.

Weep as we might, Brett Easton Ellis is not impressed. In his book, Les Miz is just another easy, consumable, narcissistic pleasure, one that, carrying us away with strong emotion, allows us to pat ourselves on the back for how good we are, how noble and free, without being called upon to actually do anything to help “the wretched of the earth.”

When these still-shocking words were sung at the Ziegfield Theater on December 1927, the opening night audience saw, for the first time, a desegregated chorus on a New York stage. Theater owner and producer Florence Ziegfield, also known as the “glorifier of the American girl,” had many reservations about this daring new work. The story goes that when the opening night audience sat in stunned silence, Ziegfield was convinced that his instincts had been right. Show Boat, he believed, would be a noble failure.

The audience was silent because it was busy processing something utterly new. Rather than passively consuming a musical comedy or revue, they were thrown into a three-hour whirlwind of racial oppression, betrayal, a meta-analysis of the purpose of theatrical art, and more. And they left chewing on the question, still debated today, of the relation of art to politics, and to philosophy, the question of whether a work of art can improve life not just during the three hours the viewer spends watching it, but beyond.

With a few minor exceptions, before Show Boat musical stories had been divided into three camps: musical comedy, opera, and the now defunct hybrid known as operetta. This last is the very thing that is being played upon the stage of the Cotton Blossom, the floating theater of the title, as it plies the waters of the Mississippi. Neither the musical comedy nor the operetta was built to inspire profound emotions. Grand opera of course could handle comedy or tragedy and it could reach profundity, but its stories were always subservient to its music, often to the point of absurdity.

Although his grandfather and namesake was the greatest opera impresario in the country, Oscar Hammerstein II, Show Boat’s writer, was not especially a fan of the genre. In notes he made for a 1957 speech at Swarthmore College, now in his papers at the Library of Congress, Hammerstein crossed out this paragraph:

I think they could improve opera a great deal by some judicious blue-penciling. I think they overproduce it. Even so good an opera as Carmen, such a lightly constructed libretto fitting the music so perfectly, I believe is overblown. In the second act you have the smugglers hiding in the hills. But it’s hard to give the impression that the smugglers are hiding in the hills when a whole convention of smugglers comes on from all sides, and they start to bellow as loud as they can.

Hammerstein, a dramatist at heart, saw a way to import the values and program of literary realism onto the musical stage. His Swarthmore speech was to go on:

Have you got a load of The Magic Flute? It’s got a beautiful, beautiful score and a completely incomprehensible book. You can’t understand it. I didn’t mean to go into this diatribe. In fact, I told you I wasn’t going to talk about grand opera at all. But there you are! I have a personal grudge against grand opera and I ought to confess it. My grandfather was an impresario: he put on grand opera, and he built opera houses. And unfortunately he always did this with his own money. This was not very considerate of him to his grandchildren.

Hammerstein’s comically acerbic knocking of opera as a genre is unusual. Though of course capable of ire, he rarely said anything negative, at least publicly (hence, his crossing out). But the fact is, Hammerstein might never have invented the modern musical (or the musical play as he liked to call it) if he had not detected a certain ludicrousness in opera, as well as in the musical comedies and operettas that came before (some of which he himself wrote).

Show Boat, like many groundbreaking, genre-forming works of art, arrives improbably perfect — or at least the first act of it does. This eight-scene act is as tight as a drum, its every metaphor and symbol finely calibrated, the unfolding of its plot and introduction of its characters natural and inevitable, its mood ineffably deepened by Jerome Kern’s recurring melodies. When I listen to it, I am as moved by the perfection of its form as I am by anything that happens in it. Oscar Hammerstein is the Leonardo of the musical.

So you might say Oscar Hammerstein is the reason movie audiences all over the world will be wiping wet faces this holiday season as they watch the lives of Victor Hugo’s characters translated into music.

British director Tom Hooper is intensely focused on the interior lives of the characters; to that end he uses a movie’s worth of close-ups in the film’s first half hour. At times one can almost see into the pores of the actors. The film eschews lip-syncing, with its vocals recorded live on set, and only the orchestral accompaniment added in postproduction. Along with the close-ups, this technique is meant to strip a layer of artifice from the space between the audience and the characters.

Ever since the first stage musical was filmed, movies have struggled to deliver the rapture a theatergoer feels when she is at one with the reality being presented on the stage. With this Les Miz, Tom Hooper joins a long line of directors, such as Busby Berkely, Joshua Logan, Rob Marshall, and Bill Condon, who try to replicate the experience of theater on the screen. And god bless him, he has made a satisfying film. But no movie will ever be able to reproduce the intimacy we get at a great theater production, and that is as it should be. The stage would not still exist if film were able to reproduce its delicate ephemera.

Still, I dare any sentient being to remain stoic at the end of Hooper’s Les Misérables when Hugh Jackman as Jean Valjean faces his last few moments on earth and hears these words:

Come with me
Where chains will never bind you
All your grief
At last, at last, behind you …
And remember
The truth that once was spoken:
To love another person is to see the face of God.

That includes you, Brett Easton Ellis.