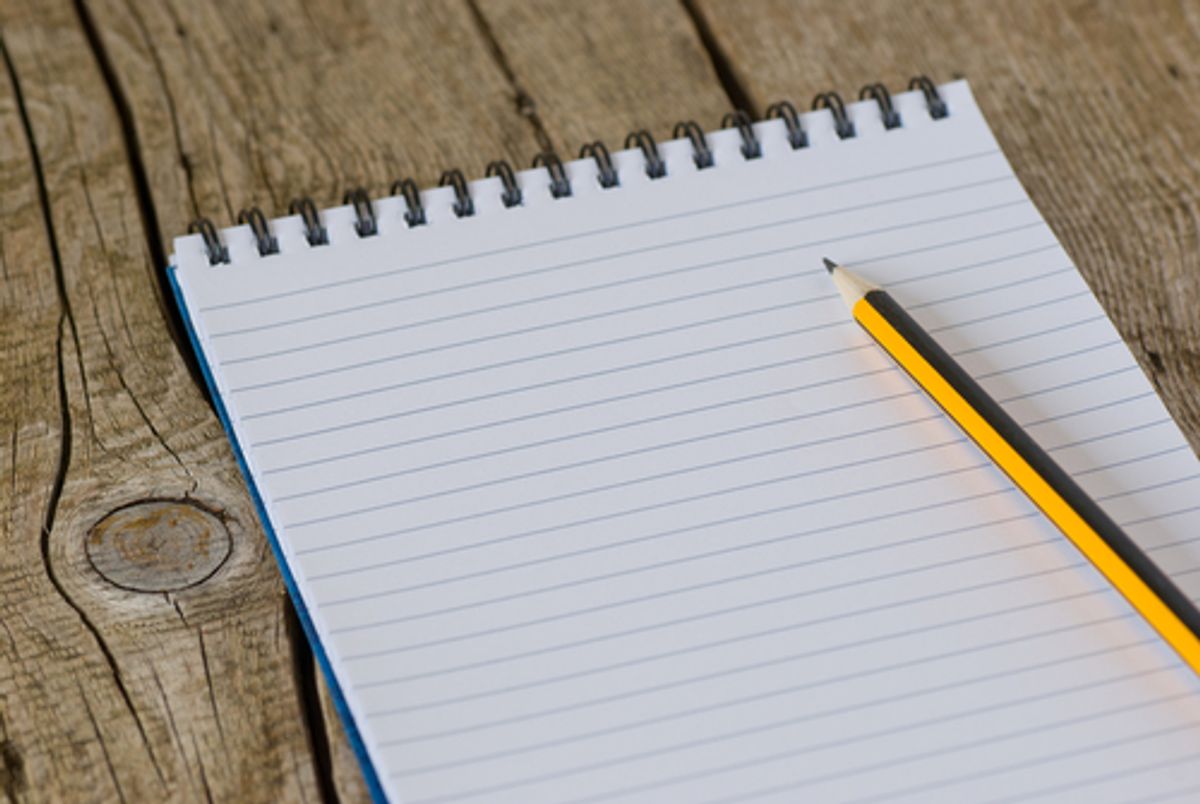 This month in our Orwellian nightmares come true, a 16-year-old high schooler in Egg Harbor City, NJ, was arrested after doodling in his notebook what may have been either weapons or a magic hand with flames coming off it, or perhaps something else.

Concerned by the boy's notebook, a Cedar Creek High School staff member called the local police, who searched the school and the teen's home with sniffer dogs. When police found chemicals in the house which, when combined -- although they were not combined and are found in many households -- could be used in an explosive device as well as a number of electronics, the boy was charged with possession of a weapon, an explosive device, and was placed in Harborfields Detention Center before being released and having charges dropped.

The boy's mother explained that her son, who had no history of violence or threat-making, regularly assembled and dissambled electronics as a hobby. “He takes the parts and he builds things with them,” she told Fox. “Good things.” And as the local police chief affirmed, “There was no indication he was making a bomb, or using a bomb or detonating a bomb,” and the boy didn’t issue any threats.

Nonetheless, according to a report by Press of Atlantic City, the high school district superintendent, Steve Ciccariello, praised the teacher who called in the boy's doodling. "I'm thankful that we had a staff member that (saw something that) caused her some concern, and that she had the sense to report it to school officials. These are things that teachers receive training on all the time" he said.

No doubt, following the massacre in Newtown this month, school communities are on edge. But a world in which acts of sketching are treated as criminal threats promises more horrors still.