Pick of the week: A hypnotic tale of doomed romance set in colonial Africa

Pick of the Week: "Tabu" is equal parts dream sequence and steamy romance 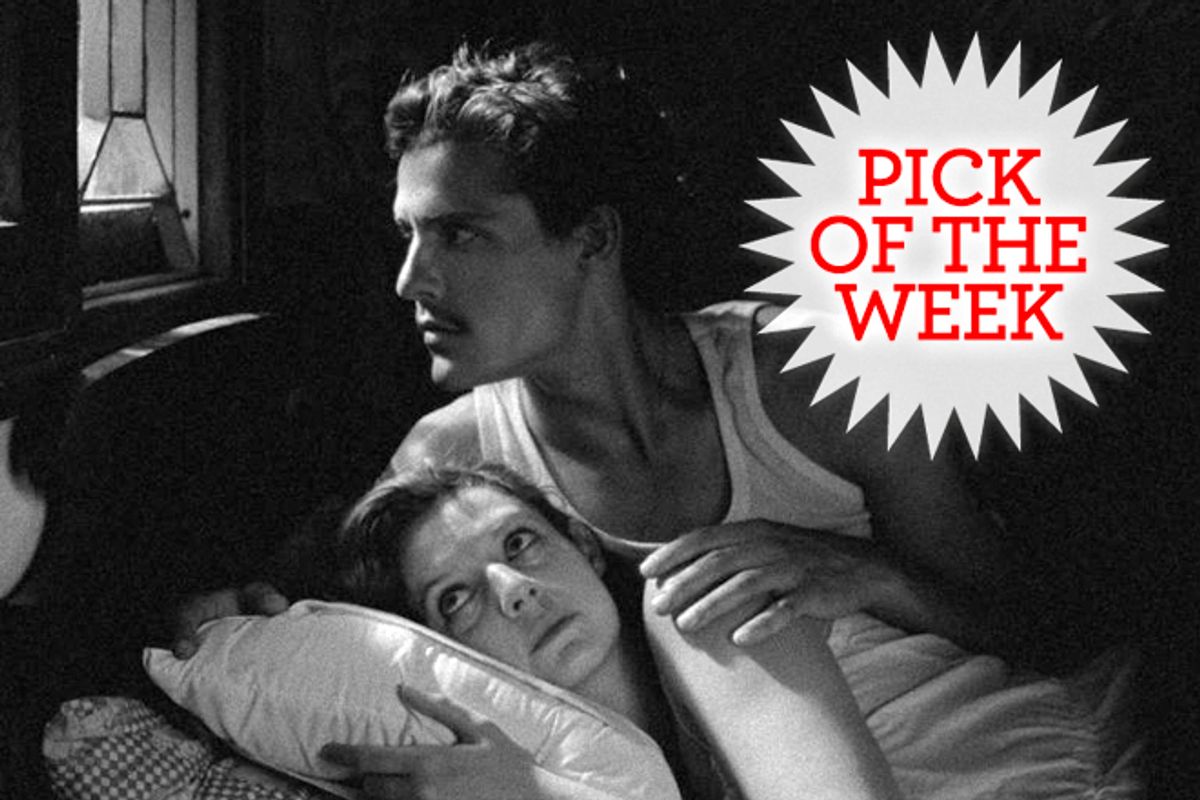 This season’s movies have been unusually obsessed with history, and especially its less savory elements. But of all these meditations on the past, perhaps none is as peculiar or as haunting as “Tabu,” the new film from young Portuguese director Miguel Gomes. You definitely need to have patience with this movie, because it opens – after a melancholy and mysterious prologue about a 19th-century explorer, a ghost and a crocodile – as a low-key art-house drama, in black-and-white, about the intersecting lives of three elderly women in contemporary Lisbon. That in itself is refreshingly unfashionable (Gomes has said he wanted to focus on the kind of women “nobody gives a damn about”), but it takes a while for the disturbing undercurrents in their story to open the portals of memory and take us back into a tale of doomed romance in colonial Africa.

Pilar (Teresa Madruga), a sensible and resolute woman of 60 or so, appears at first to be the protagonist of “Tabu.” When she’s not going on ambiguous dates with a burly, mustachioed painter (whom she clearly hopes will move beyond the platonic-friendship stage), Pilar tries to figure out what’s going on with her older neighbor Aurora (Laura Soveral), who has the look of a onetime glamour queen and may be losing her marbles. Aurora often seems to have a warm relationship with Santa (Isabel Cardoso), her African immigrant caretaker, but at other times she bombards Pilar with wild, racist allegations: Santa is a black witch, a sorceress, a servant of the Devil who has enslaved Aurora to the Dark Lord.

If the stoical Santa even notices this, she makes no comment. We never learn anything about her life story – or Pilar’s, for that matter – but the details are suggestive, and gain new resonance as the story develops: Santa attends night school, reads a simplified translation of Daniel Defoe’s “Robinson Crusoe” and rescues Aurora when the latter has gambled away all her money at a casino (apparently not for the first time). It is the flighty, almost intolerable Aurora whose African past we will enter, after Aurora, sensing that the end is near, sends Pilar in search of a man called Ventura (Henrique Espírito Santo), who sits in a car with Pilar, tears in his eyes, and narrates the entire second half of the movie.

No, I’m not kidding: When the film moves from Portugal to Africa, there’s no dialogue at all, only ambient sounds and Ventura’s voiceover. Sure, that might sound unbearably arty, but it has the uncanny affect of snapping us to attention, and making it clear that we've moved away from the realm of everyday existence. Ventura begins by explaining that Aurora used to own a farm in the onetime Portuguese colony of Mozambique, and goes on to tell the whole story of what happened to her there and why she had to leave, which turns out to be his story as well. From the naturalistic drama of the opening section (which is entitled “A Lost Paradise”), Gomes moves to a deliberately archaic melodrama mode for the African sequence (“Paradise”), shooting on 16-mm. film stock and casting impossibly beautiful actors to play the youthful Aurora (Ana Moreira) and Ventura (Carloto Cotta), whose intense, illicit (and crocodile-enabled!) love affair is the ostensible plot engine.

I say “ostensible” because even though “Tabu” sounds on paper like a “White Mischief”-style yarn about colonial decadence, that’s only one strand of its peculiar and hypnotic tapestry. “Tabu” isn’t a silent film, and bears only a slight resemblance to F.W. Murnau’s 1931 film of the same name (which is also about a doomed love affair, but set in Polynesia). But Gomes wants to recall the exoticism and naiveté of an earlier era of globetrotting cinema, while gently reminding us that something darker lurks beneath the apparent innocence. There’s an eerie time-travel feeling to the “Paradise” section of “Tabu,” augmented by the repetitive use of early-‘60s pop songs (including a delicious Portuguese cover of “Be My Baby” and the Ramones’ underappreciated version of “Baby I Love You”), and the whole episode begins to feel more like a David Lynch dream sequence than an accounting of actual events.

Most reviews of “Tabu” have been ecstatic, and make no mistake — this one is too. Gomes, whose only previous international film was the docu-fictional hybrid “Our Beloved Month of August” from 2008, is a seductive craftsman of startling power, and I can tell that the tripartite shaggy-dog structure of “Tabu” will yield more secrets on repeat viewings. (And that the black-and-white cinematography of Rui Poças will never stop being delicious.) But some reviewers have raised the question of whether “Tabu” is so deeply involved with aesthetics and internal symbolism and cinema history that it goes soft on the actual history of European colonialism in Africa, which has to be ranked among the greatest crimes of world history. It’s certainly true that the black servants and villagers in the film remain extras or bystanders, which was probably how white colonists of the time perceived them. (Gomes deliberately doesn’t dress the Mozambican locals in period clothing; in one scene a kid can be seen wearing an Obama T-shirt.)

On one hand, that’s not really what the movie’s about; on another, you could argue that Gomes and co-writer Mariana Ricardo’s central premise seems to be that much of human memory consists of fiction and false nostalgia, which certainly could also be implied to colonial history. To a contemporary Portuguese viewer, remembering Mozambique, with its notoriously cruel colonial regime, as an erotic idyll of all-night partying set to Farfisa organ music carries a distinct note of irony. Still, the arch dryness of Gomes’ approach to this question is one of the many reasons why “Tabu” is an art-house film likely to reach a small self-selected audience. If you have the patience to watch this film develop and unfold, like some bizarre night-blooming orchid, what you’ll see is not just the last movie released in 2012, but possibly the most original of them all.